Adelaïde Leuhusen was a successful singer and singing instructor, an artist, and a member of the Royal Swedish Academy of Music.

Adelaïde Leuhusen was born in Stockholm on 1 December 1828. She was the second daughter of Kristina Aurora Ingell and Johan David Valerius. The family already comprised her sister Bertha Valerius who was four years her senior. Both of the girls were artistically gifted. They were amongst the first women who gained access to the Royal Swedish Academy of Fine Arts in 1849, which they attended as private students. Adelaïde Leuhusen primarily engaged in painting and singing whilst her sister became a successful photographer.

In 1852 Adelaïde Leuhusen travelled to Dresden where she began to make copies of works by several famous artists which were on display at various galleries. She also took singing lessons from Fanny Schäfer in Leipzig and later on with Ludwig Rellstab in Berlin. During this period she also performed at several concerts throughout Germany.

Six years after her trip to Dresden Adelaïde Leuhusen got married and then returned to Sweden. She and her husband, Axel Reinhold Leuhusen, moved to Gothenburg where she began to give singing lessons. One of her most famous students was Christina Nilsson. In a rare example of a successful combination of her musical and painting interests Adelaïde Leuhusen also painted a portrait of Christina Nilsson which can now be seen at Musikhistoriska museet (music history museum) in Stockholm. Adelaïde Leuhusen continued to travel abroad in an effort to further develop her singing skills. She enjoyed a good reputation as a singing instructor and many of the famous singers of the era had previously been her students.

In 1870 Adelaïde Leuhusen moved back to Stockholm where she continued to give singing lessons. She became an elected member of the Royal Swedish Academy of Music from 1872. Two years later she headed off again but this time it was not to satisfy her musical but her artistic interests: in Dresden and Florence she further developed her painting skills.

Adelaïde Leuhusen’s portraits were included in the Royal Swedish Academy of Fine Arts exhibitions in 1885 and in 1887. She also produced the altar painting in Hassle church near Mariestad and works by her can also be seen at the National museum in Stockholm, at Norrköping Konstmuseum, Nordiska museet, and Malmö museums. She was elected as a member of Sällskapet Nya Idun in 1888. She died in Stockholm on 14 April 1923. 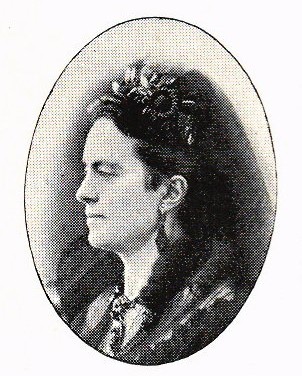