Agda Nordlöf was the founder and editor of the journal Charme: Den moderna damtidningen from 1921–1930.

Agda Nordlöf was born in Norrköping. She was the daughter of Karl Johan Nordlöf and Olivia Charlotta Vilhelmina Forsberg. Her father was a wholesale merchant, book-keeper, and a clothes retailer. He died in 1891. From 1900 onwards the family, comprising six children, moved in stages to Olivia Charlotta Vilhelmina Forsberg’s hometown of Stockholm. They lived at a variety of addresses for a few years until they finally settled at Drottninggatan 85. Agda Nordlöf, her three as yet unmarried brothers, her mother and their servants lived together. The two youngest daughters were married and no longer lived at home.

In 1906, when Agda Nordlöf was 22 years old, she gained admission into Konstakademin (the academy of art). She was given a stipend in May 1908, but this is the last record of her involvement at the academy. Instead of continuing her artistic journey she opted to become a journalist. Agda Nordlöf reflected on her active choice in favour of a career over marital bliss in her letters to her sister Elsa. During the 1910s Agda Nordlöf worked as an illustrator and a journalist for the likes of Stockholms Dagblad before she, along with Hjalmar Groth – whom later became her husband – set up and edited the journal Charme: Den moderna damtidningen in 1921. The next year the couple got married and moved into a detached house with a Spanish-style garden in Stocksund.

During the 1920s the journal Charme wrote, in a fresh and bold manner, about the ideals typifying the new roles women took on in the period between the wars. The journal portrayed prominent figures from within the women’s struggle, printed liberal discussions on the still controversial subject of make-up, and wrote up women who were sports people and drove cars. Throughout the lifespan of the journal Agda Nordlöf, using the name AN at first and then GAN once she was married, illustrated most of the editorial material and the advertising announcements. She also wrote fashion columns using the pseudonym of Columbine. These columns were a regular feature of the journal. Further to her journal work Agda Nordlöf also wrote books on beauty and etiquette. She had a snappy and entertaining style, and made striking observations giving the ‘new woman’ – as contemporary women were known – a subtle advantage over traditional gender roles.

After Hjalmar Groth’s death Agda Nordlöf remarried. Her second husband was a Norwegian consul called Olav Jansson. She appears to have ceased working professionally when she remarried and focused instead on her artistry at her home studio. During this period she created a series of statuettes of women’s fashion through the ages, as well as a life-sized sculpture called Sheherazade, which appears to date from the early 1950s.

Agda Nordlöf died in 1965 and is buried in the family grave at the Norra cemetery in Solna. 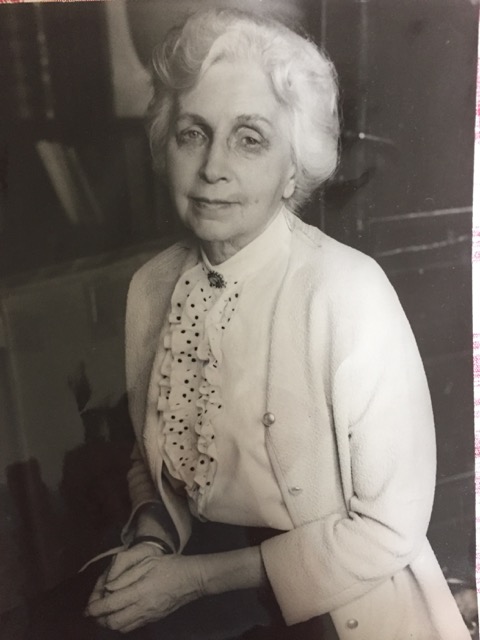