Cilla Ingvar was a cultural celebrity from Scania. She was a revue-show artist, a programme host on both radio and TV, a singer, a musician, and a translator.

Cilla Ingvar was born in Lund in 1931. She was the daughter of Professor Sven Ingvar and his wife, art historian Ingegerd Henschen-Ingvar. There were also two sons in the family, Lars and David. Cilla Ingvar’s mother had previously been married and had two sons, named Jan and Elias, from that earlier relationship.

Cilla Ingvar matriculated from Katedralskolan (cathedral school) in Lund, where she had been involved in the theatre with Max von Sydow and Yvonne Lombard. She then gained her Bachelor’s degree in the humanities, including art history. Whilst studying she was actively involved in carnival revue shows – burlesques were the reserve of male students – in which she enjoyed a lot of success playing the part of the primadonna.

She made her revue show debut in 1950 when she sang “Får jag bjuda en kola på dej”, and the song became a constant feature throughout her life. She appeared in two further carnival revue shows and wrote for the Kvällsposten newspaper. Cilla Ingvar came to the attention of Karl Gerhard, the author who was also known as the king of revue shows, and he recruited her for five of his shows, including the 1959 Två träd and Ursäkta handsken from 1961. In addition to these she also appeared in Povel Ramel’s Knäppupp revues Tillstymmelser from 1956 and Nya ryck i snöret from 1964.

Cilla Ingvar married Ricardo Edström, a doctor, in 1962 and together they had three children. This life change entailed her withdrawal from stage acting but from 1968 onwards she worked as a programme host on the Sveriges Radio programme called Svar idag. She also sang on children’s albums and appeared on television as a singer and as an assessor in Läslustan. In addition to this she spent two years serving as the chair of the jury for the August prize for literature. Uno “Myggan” Ericsson tempted Cilla Ingvar back to treading the boards in 1978 when, as part of her performance, she sang Karl Gerhard ditties on the large stage at Liseberg.

Cilla Ingvar was active within a variety of cultural spheres throughout her life, all of which she undertook with equal efficiency. She died of cancer in Stockholm in 1998 and is buried at the Tyresö cemetery. 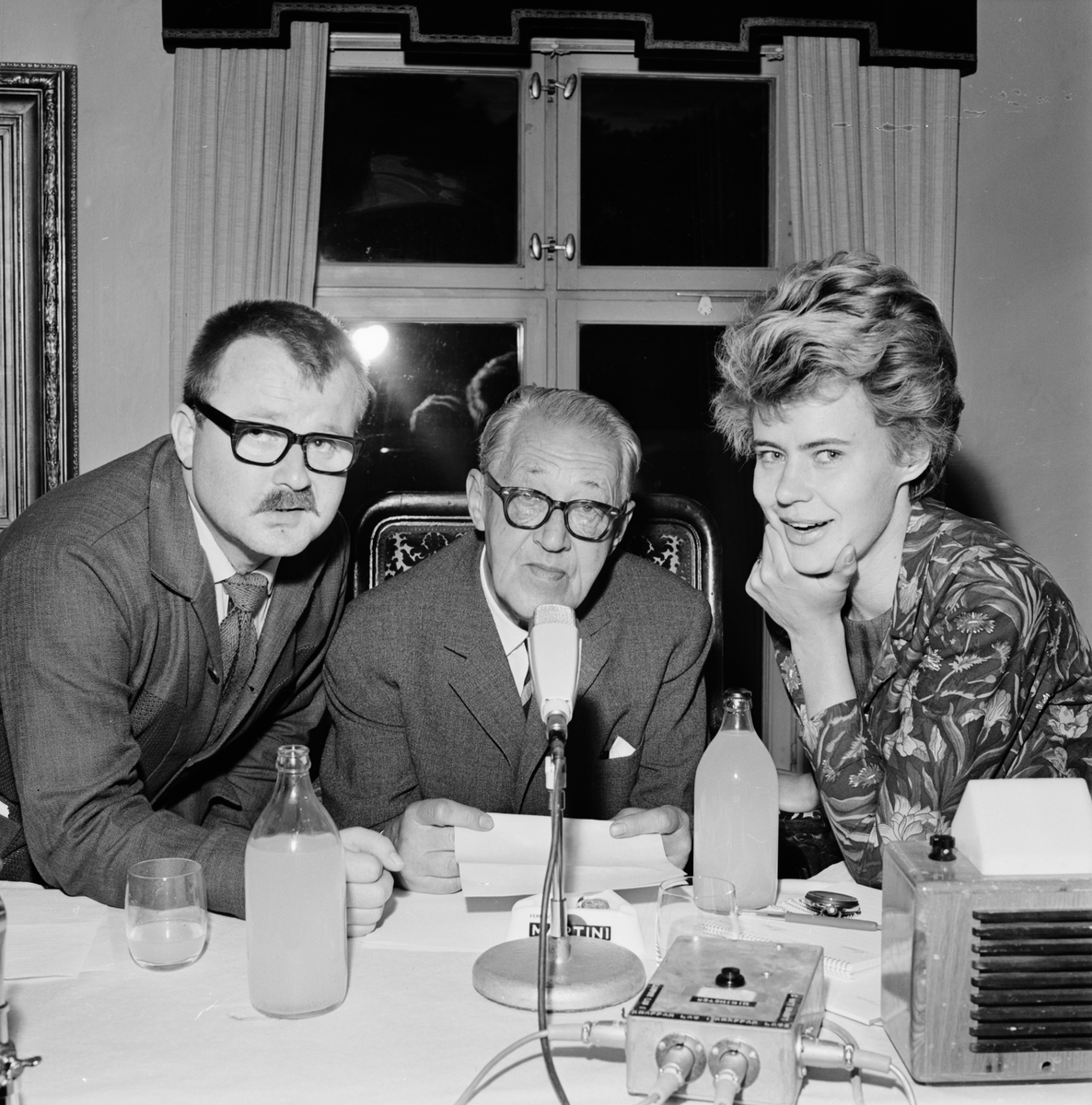