Agnes de Frumerie was mainly active in Paris, where her Art Nouveau sculptures and artwork garnered great attention. She was the only woman to experiment with the creation of a new type of glassware called pâte de verre.

Agnes de Frumerie spent her early years with her maternal grandparents in Vänersborg after the divorce of her parents. Her mother, Sofia Kjellberg, who was a trained organist and cantor, provided for her three daughters by working as a music teacher while her father took care of her brothers. Agnes de Frumerie began to attend Tekniska skolan in Stockholm when she was 14 years old, and four years later she enrolled at Konstakademien (the Royal Swedish School of Fine Arts), first in the painting department and later as a student of John Börjesson in the sculpting department. She received much acclaim and was awarded stipends and medals: In 1889 she won the ducal medal for her sculpture Maj, and in 1890 she won the royal medal for her sculptural ensemble Efter syndafloden. During her studies she worked at the Svenska Panoptikon waxworks, where she was courted by a married, older man, Gustaf Frumerie. She moved to one of her sisters in Berlin and worked as a trainee with the monumental sculptor Otto Lessing. In 1892 she was awarded Konstakademien’s three-year travel stipend, which allowed her to settle in Paris along with her mother. There she got married, at the age of 24, to Captain Frumerie who was 20 years her senior and who had abandoned his home and his military posting. The couple remained in Paris for 30 years. Gustaf Frumerie set up a successful massage institute whilst studying medicine and qualified as a doctor in France at the age of 52. This did not stop him from calling himself “Docteur de Frumerie” from the start; even the prefix “de” was his own addition.

Agnes de Frumerie gained economic security through the marriage, which meant that she could devote herself entirely to her artwork. She became the most frequently exhibited artist at the various salons in Paris. She most often submitted pieces to the displays organised by l’Union des femmes peintres et sculpteurs. She made her debut in 1893 with a statue called Min syster Alma, for which she received honourable mention. She was highly productive. In 1895, in the space of just one year, she exhibited Faun och backantinna på vintunna and an oxblood glazed wine goblet, which also received honourable mention, at the Industripalats while her sculptures for a wardrobe were simultaneously being displayed at the Champ de Mars and a bust of August Strindberg was being exhibited at a private gallery. Further, she participated in “kvinnosalongen” (the women’s salon) with seven pieces, which won her the gold medal in 1901. The bust of Strindberg was appreciated by the author himself, who said he wished he looked as good as it and hoped, in vain, to have it mounted on his grave. Agnes de Frumerie received a large number of commissions for portraits from Paris’ société as well as from her husband Gustaf de Frumerie’s patients. Her self-portrait from the 1910s with sweeping curved lines and a smiling mouth exemplifies her style. She normally created her portrait busts in painted plaster, but the Strindberg bust had been created in bronze and was bought by Nationalmuseum.

Agnes de Frumerie early on began to collaborate with the French ceramist Eduard Lachenal who glazed her vases: Eva, 1896, Älvorna, 1897, Kvinnans åldrar, 1898, to name but a few. Between 1897 and 1903 they exhibited together at various places including the French pavilion at the World’s Fair in 1900. Agnes de Frumerie also created free-standing sculptures. At one point she visited Auguste Rodin’s studio and one can discern Rodin’s inspiration in her marble sculpture entitled Jag fryser from 1921. In addition she excelled at narrative sculptural groups of two, three, or even more members – old gossiping women, old men playing cards, witches stirring a cauldron, children scared by ghosts or reading stories, an entire group of people sitting on the top of a bus. Her statuettes have been described as marked by “an appealing garrulity and an effervescent sense of humour” by art historian Philibert Humbla. The sculptures were reproduced in various materials such as plaster, ceramic and bronze, and became widely available on the French art market. The sculptural group Poesi och music from 1904, comprising two allegorical female figures, was acquired by the French state. The more than two metre tall Kleopatra from 1898, her only quasi-Egyptian piece, remains a mysterious unique in her collected work.

During the First World War Agnes de Frumerie became stuck in Sweden while her husband, who had become a French citizen, was similarly stuck in France. She settled in Borgen, their summerhouse near Edsvik in Danderyd, which she decorated in ancient Norse style. The house was sold in 1919. A few years later the couple bought another plot in Hindås and in 1925 they both returned permanently to Sweden. During her later years in France Agnes de Frumerie had also started writing. Furthermore, the sculptor and ceramist Albert Dammouse had taught her how to create a new kind of glass called pâte de verre, which was made by combining powdered crystal, powdered enamel and natural rubber. These elements were shaped and baked in an oven, as with ancient glass. Aged almost 60, Agnes de Frumerie set up her own glassworks in Hindås. After 10 years of experimentation she produced one successful item, but she remained convinced of the future of pâte de verre. She believed that its unparalleled strength also made the glass attractive for industrial purposes. She applied for a subvention from the state at Kungl. Kommerskollegium but was rejected in 1930. The same year she was also rejected by the jury for the Stockholm Exhibition. She protested, in vain, in the press. She and her husband were also unsuccessful in their attempts to have their home in Hindås protected as a museum. However, they did manage to ensure that a large part of the artwork was taken in by Västergötland museum in Skara. 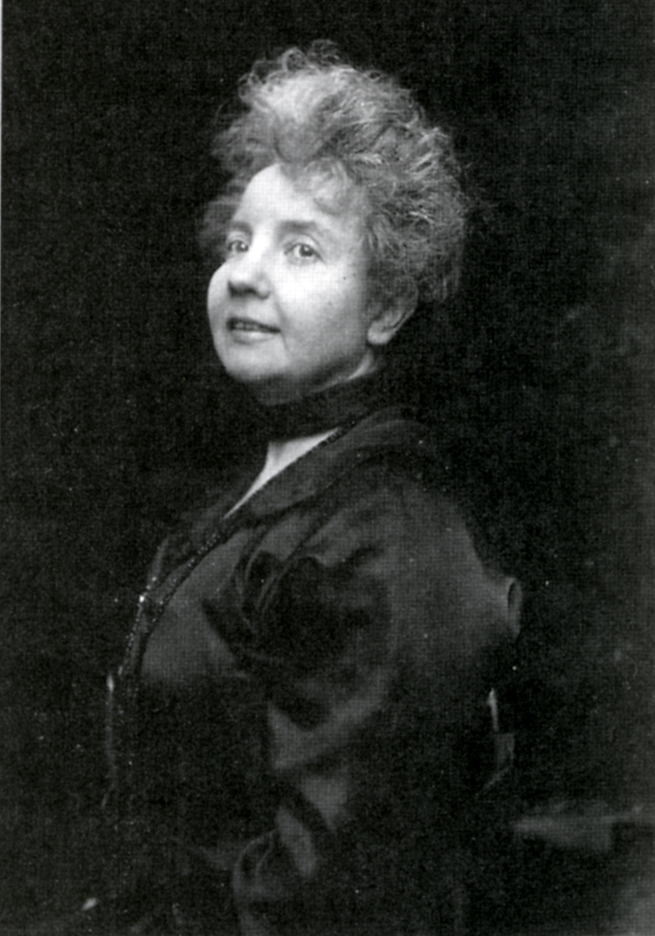