Agnes von Krusenstjerna was one of the most well-known Swedish authors of the interwar years. Her novels about women’s dreams for the future, their relationships, their sexuality and the limiting conditions they lived under, generated both opposition and support and undeniably placed her in the twentieth century Swedish literary canon.

Agnes von Krusenstjerna was the youngest of four siblings. She was born in Växjö as the daughter of Ernst von Krusenstjerna and his wife Eva. Her father was a professional soldier and his career took the family first from Växjö to Visby and then to Gävle, where he became colonel of the Hälsinge regiment. Upon his retirement in 1909 the family moved to Stockholm, where Agnes von Krusenstjerna would live until her death in 1940. During her childhood years she attended the Själander school for girls in Gävle, and later Anna Sandström’s school in Stockholm. When she was in her twenties she attended a training course at Benninge Hemskola near Strängnäs. Agnes’ brother Edvard went on to become a captain, her brother Gustaf trained as a forester, and her third brother Adolf worked as a notary at the court of appeal.

Agnes von Krusenstjerna began to display the first symptoms of manic depression disorder already as a teenager. Several of the young adults in her family had previously been diagnosed with the illness and she worried that she herself suffered from it from an early age. She was briefly engaged to Gerard Odencrantz from 1914 to 1915, but that was also when she became ill and was admitted to a care home for treatment. She expressed a desire to live a Bohemian lifestyle and to write bold books from a young age. Neither of these longings sat well with her conventional and upper class family. At the age of 23 she made her debut as an author with Ninas dagbok, published by Bonniers in 1917. The following year she published her second novel, Helenas första kärlek. Shortly thereafter, however, her illness took a serious hold of her and she was admitted to Solna care home, where she remained for seven months. This experience left a lasting impression on her and provided the background for the gripping story “Resa till Kejsarens hotel” from her first series of short stories. In the ensuing years she came to spend both longer and shorter spells in hospital, receiving psychiatric treatment in Gothenburg, Lund and Stockholm, as well as in foreign locations.

Initially Agnes von Krusenstjerna’s writing career consisted of translating novels from English and German into Swedish and publishing the odd short story. In the spring of 1921 she met critic and translator David Sprengel, who was 14 years her senior. They fell in love and married that autumn. Although the marriage was framed by disagreements and talk of divorce the couple lived together until Agnes von Krusenstjerna’s death. Their attitudes toward life and lifestyle were extremely different from that of Agnes’ family and this conflict eventually led to a fall-out. In the early 1930s the couple’s home in Stockholm became a gathering place, where intense parties were held for the contemporary generation of authors, including Johannes Edfelt, Gunnar Ekelöf, Eyvind Johnson, Ivar Lo-Johansson, Per Meurling, and Vilhelm Moberg. During the 1920s and 1930s the couple travelled to France, Italy, Greece, and Spain, where David Sprengel worked on translations of Rousseau, amongst other things, and Agnes von Krusenstjerna wrote her novels.¨

Her breakthrough occurred in the 1920 with her first, autobiographically-inspired series of novels: Tony växer upp, 1922, Tonys läroår, 1924, and Tonys sista läroår, 1926. Agnes von Krusenstjerna depicts Tony Hastfehr’s childhood and young teenage years, her friendships, sexual awakening and experiences of psychological illness in an open-hearted and psychologically clear-sighted manner. The series comprises an empathic coming-of-age story from the perspective of the child. Here Agnes von Krusenstjerna touched on topics that would remain with her for the rest of her writing career and which also stirred up strong reactions in both critics and readers. She portrayed Tony’s discovery of her pubescent body, a teenage love affair between two girls, and Tony’s psychological breakdown. She was definitely a success with the critics and she established herself as one of the most interesting authors of her day.

Agnes von Krusenstjerna’s most well-known series of novels, ”Fröknarna von Pahlen”, comprised seven volumes released 1930-1935 (Den blå rullgardinen, Kvinnogatan, Höstens skuggor, Porten vid Johannes, Älskande par, Bröllop på Ekered, and Av samma blod). The epic breadth of the novels has been compared to the work of Marcel Proust and Roger Martin du Gard. The central characters in this family saga are Petra von Pahlen and her brother’s daughter Angela, whom Petra has adopted. Through a rich gallery of characters and a multitude of complicated love affairs and friendships, she recounts the young ladies’ lives, their struggles against social conventions and ideology and their fight to be independent and be loved on equal terms. The famous last novel in the series depicts how a group of women sets up a collective at Petra’s farm, Eka. Pregnant Angela, who has left her baby’s father, gives birth to her daughter with Petra at her side as a second mother in a happy family picture. The series’ explicit accounts of taboo subjects such as lesbian love, male homosexuality and incest prompted Bonniers to reject the publication of the last four volumes in the series, and these were then published by the avant-garde publishing company Spektrum. The novel series gave rise to the so-called “Pahlen-feud”, 1934-1935, a poisonous debate in the press regarding the perceived acceptable limits of literary moral freedom. Christian conservatives attacked the allegedly immoral modern literature while it was simultaneously defended by the young modernist writers. Both Agnes von Krusenstjerna and Bonniers were subjected to vicious anti-Semitic attacks from the pro-Nazi press as a result.

In 1935 Agnes von Krusenstjerna began her last, critically-acclaimed series of novels “Fattigadel”. She managed to publish four novels of the incomplete series: Fattigadel, 1935, Dunklet mellan träden, 1936, Dessa lyckliga år, 1937 and I livets vår, 1938. The course of the stories and chronology closely resemble her own life story. Many of the character names are barely concealed under fictitious variants and were easy to decode by anyone who knew her family. She used a new technique of a one frame story with additional layers of separate stories. The memories of 40-year-old Viveka von Lagercrona, looking back at her childhood whilst incarcerated at a mental asylum in Malaga, provide the basis for the story of her desire to break free from a tradition-bound and narrow-minded family. The merciless depiction of the mother in the novel met with severe criticism. “Fattigadel” comprised Agnes von Krusenstjerna’s most feminist and class-critical novels. The series is a gender-conscious act of resistance in its depiction of women’s limited freedom of action in aristocracy and their futile longing for freedom in a patriarchal society. Further, it embodied a defence of the freedom of art and of the individual at a time when fascist ideology was gaining in strength and democratic and humanist values were under attack.

As a short story writer Agnes von Krusenstjerna used simple sketches to create an atmosphere and capture her protagonists by perceptive characterisation and dream-like realism. She has been compared to Pär Lagerkvist, Katherine Mansfield and Guy de Maupassant. The collections En dagdriverskas anteckningar, 1923, Händelser på vägen, 1929, En ung dam far till Djurgårdsbron, 1933, Delat rum på Kammakeregatan, 1933, and Vivi, flicka med melodi, 1936, often contain themes of falling in love, betrayal, loneliness, longing and the brevity of life. Her only poetry collection, Nunnornas hus, 1937, has a significantly greater rawness to it – it is a modernist fragmentary fresco of suffering, transience and death, which she wrote as a patient at a convent hospital in Malaga after she had attempted suicide.

Despite periods of severe illness and lengthy stays in mental hospitals in Sweden and abroad, Agnes von Krusenstjerna was a prolific author. In just over two decades she published 17 novels, five short story collections and one poetry collection, along with causerie-style articles, travelogues, short stories and poems for newspapers and journals. Her novels have been released in numerous editions and are today considered to be Swedish classics. In 1964 the Pahlen series was turned into the film Älskande par by Mai Zetterling, who also made Amorosa, 1984, a film inspired by the author’s life story. Agnes von Krusenstjerna’s rare talent as an author captured the gendered truths of feelings and examined human essence with psychological insight and literary precision whilst highlighting the female experience.

Agnes von Krusenstjerna died in 1940 and is buried at the Norra cemetery in Stockholm. 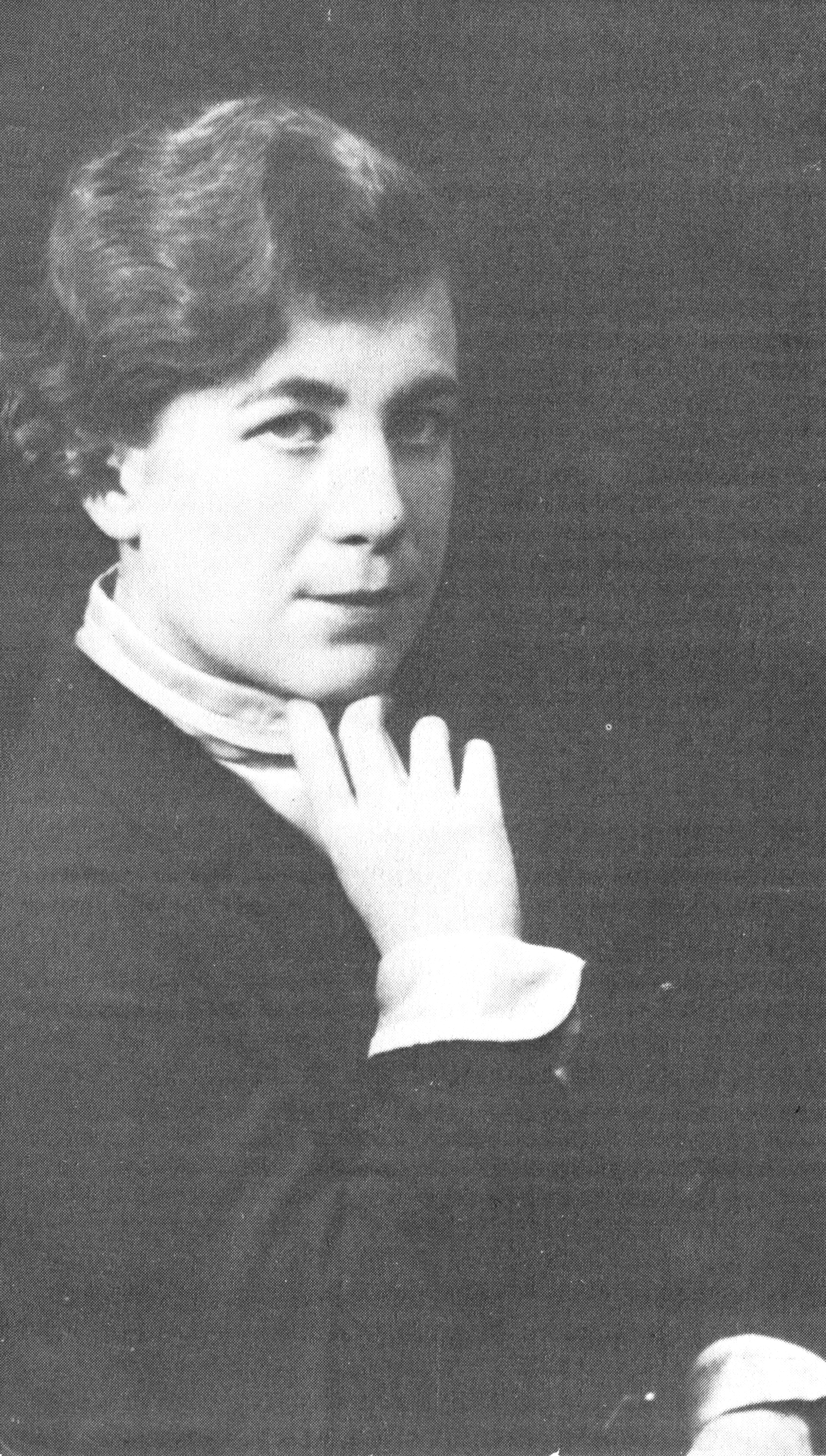