Albertina Carlsson was a teacher and a zoologist. She taught at several of Stockholm’s girls’ schools and, despite her lack of a higher school certificate, she worked at the zootomy department at Stockholm college for several decades. Albertina Carlsson contributed several important scientific publications and in 1927 she was awarded an honorary doctorate.

Albertina Carlsson was born into Sankt Nikolai congregation in Stockholm on 12 June 1848. Her parents were Anders Peter Carlson and Anna Maria Jönsson. Her father was a tailor. After a brief stint during which she attended the congregational public school Albertina Carlsson received home-schooling which was probably provided by her older brother who had gained a degree in the humanities at Uppsala university. During the 1865–1868 period Albertina Carlsson was enrolled at Högre Lärarinneseminariet (advanced female teacher training programme) and upon completing that course she spent nearly four decades working as a teacher. During the 1868–1870 period she worked as a private teacher. She then held a teaching post at Paulis elementarskola för flickor (elementary school for girls) in Södermalm, Stockholm, and from 1881 onwards she worked as a fulltime special subject teacher and as head teacher in religious studies and the natural sciences (biology) at Södermalms högre läroanstalt för flickor until she gave up her post in 1907.

Despite living in the city centre Albertina Carlsson seems to have taken a deep interest in nature at an early point. Initially this interest was professionally related to subject-specific learning. In the summer of 1882, for example, she undertook a study tour to Hannover and Berlin in order to investigate how the natural sciences were taught in the girls’ schools of those cities. In 1880 Albertina Carlsson had already started to attend the zoologist Wilhelm Leche’s lectures and to keep abreast of other activities within the Zootomy department, the first department to award academic qualifications at the newly opened Stockholm college. It wasn’t long before she took on more challenging roles and she became noticed as particularly skilled at dissection.

In March 1882 Albertina Carlsson registered to attend further courses at the college where she studied a number of different subjects. However, as she lacked the proper qualifications required to formally follow the courses she was listed as “student without higher school certificate”. Nevertheless, this did not prevent her from attending classes, unlike the state-run university at which having a higher school certificate was mandatory. Her lack of this qualification did, however, impact on her opportunities to continue in academia as a career.

Thus, a traditional academic career was not open to her. Meanwhile, Stockholm college, being a foundation, was subject to different regulations from the university. The college, the natural sciences and, in particular, the Zootomy department (known as Zootis) therefore at the time offered a particularly welcoming and inclusive environment. As Augusta Christie-Linde, one of the other women attending the department around the turn of the 1900s, wrote in Dagny in 1908: “In consideration of the valuable results of this Miss Carlsson’s work there is every reason to laud the founders of the new college for their broad-mindedness in leaving access to the college open to someone who, driven by a thirst for knowledge or an enthusiasm for research, knocked on its doors. Thereby a very spiritual force, which might otherwise have lain untouched, has found its correct application: miss Carlsson is not the sole example of this.”

Stockholm college was thus in some ways a different type of arena for higher education and the search for academic knowledge than what was provided in the more traditional university sphere. Already by the autumn of 1883, namely one year after Albertina Carlsson had registered, she submitted her first academic essay entitled Beiträge zur Kenntis der Anatomie der Schwimmvögel, a text which was published by the Royal Swedish Academy of Sciences in 1884 and was awarded the Florman prize for outstanding work in the fields of anatomy and physiology the following year.

During the ensuing decades Albertina Carlsson published a comprehensive number of academic articles and essays focused primarily on the morphology of vertebrates and related to various anatomical, embryological, and phylogenetic issues. Several of her academic findings generated international attention and not only became incorporated within the department’s own teaching but also found its way into contemporary textbooks. Her broad spectrum of publications reveal that Albertina Carlsson was ready to expand her area of research and her expertise, keeping pace with the rapid advances in knowledge within biology: during her lengthy period of activity biological research moved from being a mainly anatomically focused area towards genetics, a change in focus which Albertina Carlsson not only adopted but also contributed to, regardless of the fact that classical zootomy – in which dissection remained the research method – continued to be her primary research sphere.

The lack of educational qualifications not only meant that Albertina Carlsson could never formally gain promotion within academia, but it also meant that whilst undertaking her research she carried on working as a teacher. Albertina Carlsson is thus a Swedish example of what has been described as a teacher-scientist, somewhat of a dual professional identity formed by the need to work both as a teacher and a researcher. This was far from unusual amongst those women who were academically active in the period around the turn of the 1900s. Indeed, many female researchers of that period were often forced into low-paid or unpaid roles within the labour market: for example, as an assistant for a male relative or for a husband or – as in Albertina Carlsson’s case, not only in her own eyes but also that of others within the department – taking science and scientific work as a personal calling in which mention of financial compensation or academic titles could almost be seen as something shocking. “She spent every free moment at the dissection table”, Torsten Persson wrote about Albertina Carlsson when compiling his memoires of his time at the Zootomy department, “hunched over an alcohol-infused cadaver, and after she had retired she spent every day sitting at her desk.”

In the end, however, it was Albertina Carlsson the zoologist who stood out in most people’s eyes. The fact that she opted to give up her professional role as teacher some time before retirement age in order to focus full time on biological research reveals that it was her identity as a scientist which finally won out, even for Albertina Carlsson herself. She continued to publish throughout her life. Her final major academic articles were published in the mid-1920s and in the biographical calendar entitled Svenska kvinnor i offentlig verksamhet: porträtt och biografier, from 1924, Albertina Carlsson was described as “the first Swedish woman who dedicated her life to research into academic zoology”. In 1922 Wilhelm Leche had nominated her to receive an honorary doctorate from Stockholm college, but his proposal was rejected. However, when, a few years later his successor Professor Nils Holmgren once again nominated Albertina Carlsson for such a merit he received a different answer. In 1927 Albertina Carlsson was promoted to honorary doctor at a ceremony held at Stockholm City Hall. She was then 79 years old.

Albertina Carlsson died on 25 December 1930. Her obituary in the Svenska Dagbladet newspaper was signed off by Anna Sandström, a pedagogue, and the zoologist Augusta Christie-Linde, thus combining the two career roles which had characterised Albertina Carlsson’s professional life. Both titles of “former teacher” and “Doctor of Philosophy” were printed in front of her name. Albertina Carlsson’s personal modesty has been highlighted by several of her contemporaries, an unobtrusiveness which seems to have been accompanied by diligence and frugality. She willed her entire extensive academic library and her specimen collection to the Zootomy department. Her personal wealth, which amounted to 35,000 Swedish kronor, was also donated to the department for use in setting up a fund to purchase zoological specimens.

Albertina Carlsson is buried at Norra begravningsplatsen (the Northern cemetery) in Solna. 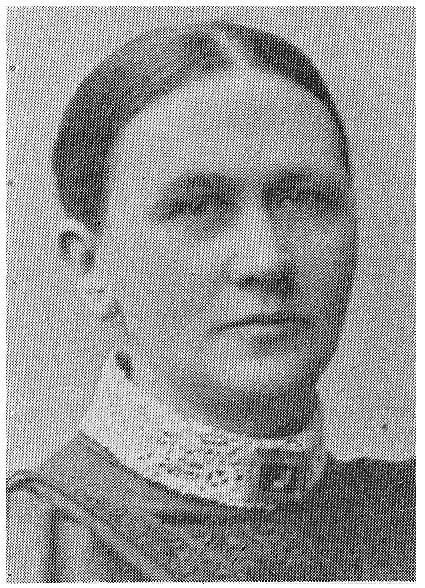