Amelie Posse was the author of eleven autobiographical books, which gained great culture-historical and political worth. She was also the founder of the anti-Nazi group Tisdagsklubben (the Tuesday club).

Amelie Posse grew up in Scania in Glumslöv in a castle-like villa called Maryhill. Her father was a count and built railways. Her mother was a talented amateur singer. The family network included both the nobility and those who were aristocratically minded. Literature, music and foreign languages were natural elements in Amelie Posse’s childhood world. After her father’s death in 1897 the family moved to Lund. Amelie Posse attended school for one year and received private lessons in German and Italian. This was followed by piano and painting lessons in Copenhagen. Despite this she did not start an artistic career. Amelie Posse had yearned for Italy since her teenage years and when her marriage to Andreas Bjerre (1904-1912) ended, she settled in Rome. There she married the Czech artist Oskar (Oki) Brázdow in 1915. They left Rome in 1925 and bought a property called Líčkov in Czechoslovakia, where they settled.

Amelie Posse made her debut as an author in 1931. She managed to write three books before the Second World War broke out, each of them about her life in Italy: Den oförlikneliga fångenskapen, 1931, Den brokiga friheten, 1932, and Vidare, 1936. Her first book recounts her and her husband’s internment on Sardinia from 1915 to 1916 and it was an instant hit. It has been translated into six languages, most recently into Italian in 1998.

Amelie Posse soon realised that her home in Czechoslovakia, situated in an exposed location in the Sudeten region, was vulnerable to German attack. In 1935 she sent a letter entitled “Upp till kamp!” (Get up and fight!) to the newspaper Tidevarvet. The letter became the catalyst for the peace action known as Kvinnornas vapenlösa uppror (the women’s unarmed uprising). Amelie Posse was au fait with the feminist and radical-pacifist ideas of the time, particularly through her friendship with Elin Wägner. However, it did not take long for her to distance herself from the pacifists: she believed that an enemy the likes of Germany could only be fought with weapons, nothing else.

After Germany’s annexation of Sudetenland in 1938 Amelie Posse moved to Prague. Her marriage to Oki Brázdow ended and following Germany’s occupation of what became the protectorate of Bohemia-Moravia in March 1939 she returned to Sweden. Amelie Posse is best-known as the founder of Tisdagsklubben (the Tuesday club) in 1940. This was a group intended to function as an intellectual home defence against Nazism. The club’s overt activities included lecturing and the dissemination of printed matter, however it also functioned covertly through cells which maintained infrequent contact with each other. It was a resistance network created in case Sweden became an occupied state. Amalie Posse’s wartime experiences are described in her book Åtskilligt kan nu sägas, 1949.

During the First World War the Brázdovys had been involved in spreading propaganda on behalf of the establishment of an independent Czechoslovakian state. Amalie Posse had come to know Edvard Benet and Tomáš G. Masaryk, future leaders of Czechoslovakia. Her book Bygga upp, ej riva neder, 1942, covers that period of her life there from 1925 to 1938. The portrayal is idealising; in reality she was not very comfortable in Czechoslovakia. It was not until the Second World War that she developed a warmth towards both the people and the landscape. At that time she, then living in Stockholm, took in Czechoslovakian refugees, particularly those from the Sudetenland. She financed this through donations and by holding soirées.

Amelie Posse continued to write autobiographical works during the Second World War. She produced five books in the years 1940-1946. The most popular of these was her childhood memoirs, I begynnelsen var ljuset, 1940, followed by Kring kunskapens träd, 1946, and Kunskapens träd i blom, 1946, which depicted her life until her marriage to Andreas Bjerre.

In 1946 Amelie Posse returned to Czechoslovakia. She was sceptical of the political direction the country was taking and, following the communists’ rise to power in 1948, she joined the emerging opposition movement. Her account of her experiences in Czechoslovakia during 1946-1948 was released posthumously in När järnridån föll över Prag, and published the year before the Prague Spring in 1968. The book is however incomplete. Of greater political interest are the letters she wrote in 1948 to Eduard Taborsky, former Czechoslovakian minister in Stockholm, which were published in Czech in 1994 as Tajne dopisy z Prahy (Hemliga brev från Prag). Amelie Posse had been forced to flee Czechoslovakia in a hurry during the autumn of 1948, but she continued to fight for democracy there until her death.

Amelie Posse spent the years 1951-1952 abroad, mainly in Rome. Her experiences during these travels were portrayed in her book Minnenas park, 1954. This was the last of her books she saw published. Amelie Posse’s authorship straddles the two genres of autobiography and fiction. Her time as a painter in her younger years had left its mark on her writing style as she used a brush and paint in her books. She was also an exceptional portraitist, albeit not always very discreet when portraying friends. She was always careful never to reveal her innermost feelings in her books.

Amelie Posse died in 1957 and is buried at Odensvi church in Småland. 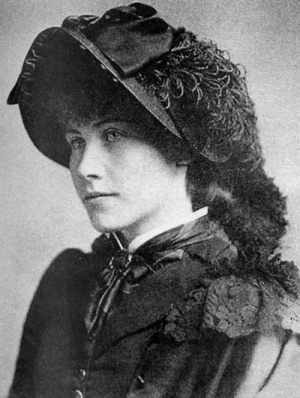