AnnMari Jansson was a professor of systems ecology and was particularly interested in understanding the interaction between ecology and economics. She was one of the initiators of the interdisciplinary research field of ecological economics.

AnnMari Jansson was born in Stockholm in 1934 and gained her school-leaving certificate from Nya elementarskolan in Stockholm in 1953. That same year she began her academic studies in biology at Stockholm högskola (later Stockholm University), where she found herself increasingly drawn towards the Department of Zoology. While studying she also worked as an assistant for the department from 1956 to 1960. Her prime area of interest within zoology was ethology, and her Bachelor’s thesis focused on pigeon behaviour. She intended to gain her doctorate within the field but she herself has described how she faced opposition from one of the leading male researchers at the department because she was female. However, her academic path soon unfolded in a different direction.

The activities at Askö laboratory were a deciding factor in AnnMari Jansson’s academic career. The marine biology research that was conducted there soon adopted an ecological focus. Initially this mainly concerned understanding the ecology of individual species, but it soon developed into describing and analysing the interaction between different species and their environment. The ecosystem-based research was largely inspired by the American ecologist Howard T. Odum who, during a visit to the Askö laboratory in 1970, had presented and discussed his system-ecological models. Odum’s focus and methodology made a strong impact on the researchers on Askö and in 1971 AnnMari and Bengt-Owe Jansson took their family to the USA so that they could spend a year at Odum’s home institution, the University of Florida.

The early 1970s saw the start of the large-scale research project called Dynamik och energiflöde i Östersjöns ecosystem (“dynamics and energy flows in the Baltic ecosystem”) which continued throughout that decade under Bengt-Owe’s guidance. It was entirely based on Odum’s system-ecological models. Within the framework of this research project AnnMari Jansson continued her studies of the green algae belt of the Baltic Sea. In 1974 she defended her thesis entitled Community structure, modelling and simulation of the Cladophora ecosystem in the Baltic Sea, in which she described and analysed the interaction between different organisms living in and off the green algae, as well as how these organisms were impacted by various environmental factors.

The Baltic Sea project focused on understanding the fundamental connections within the ecosystem. For AnnMari Jansson it was, however, important to go one step further and to include people in her analysis of the ecosystem, an approach that was controversial amongst ecologists of her era. Her approach was inspired by Howard T. Odum and his understanding of the interplay between ecological and social systems. Based on this holistic perspective AnnMari Jansson formulated the so-called “Gotlandsstudie”, an interdisciplinary research project which ran from 1976 to 1984. The aim was to study how nature’s ecosystems and the economic systems are connected by mapping how energy flows between them. Afterwards the project was phrased as an integrated ecological-economic systemic analysis of Gotland. During the project AnnMari Jansson became increasingly interested in the possibility of developing a collaboration between ecologists and economists on topics concerning natural resources and environmental issues. In 1982, with financial support from the Marcus Wallenberg foundation for International Scientific Collaboration, she and the state economist Karl-Göran Mäler held a symposium in Saltsjöbaden for ecologists and economists entitled Integrating Ecology and Economy. This gathering reflected the two disciplines’ distinct premises and approaches, but nevertheless marked the beginning of collaboration between ecologists and economists, which eventually resulted in the development of the international research field of ecological economy.

In 1988 AnnMari Jansson helped set up The International Society for Ecological Economics, which began to publish a journal entitled Ecological Economics the following year. AnnMari Jansson was one of the journal’s first assistant editors. A few years later, in 1992, she arranged the second official meeting of the society in Stockholm. In 1996 she was awarded the society’s prize called The Kenneth E. Boulding Memorial Award in recognition of her contributions to ecological economics.

In addition to her international activities AnnMari Jansson continued to develop interdisciplinary research on humans and their environment at a national level. In 1990 she became the director of a newly established centre of research on natural resources and the environment at Stockholm University, and she remained in charge of the centre until she retired. Further she held several positions within various organisations and research councils, both internationally and nationally. In 1995 she was appointed assistant professor, followed in 1999 by her appointment as professor of ecosystems. In 1999 she and Bengt-Owe Jansson were jointly awarded the World Wide Fund for Nature’s (WWF) Carl Mannerfelt prize for their efforts on behalf of the Baltic Sea environment.

AnnMari Jansson was in many ways a pioneer. She began her career at a time when women were heavily underrepresented within the academic environment and she became an inspiring role model for many women. In her research she was driven by a strong concern for the environment and by an intellectual curiosity that sought to understand complicated connections. Her work to integrate ecology and economy reflected her ambition to push research along new routes as well as the understanding that research should contribute to societally useful knowledge.

AnnMari Jansson died in 2007. She has her final resting place in the sea outside Askö in the Trosa archipelago. 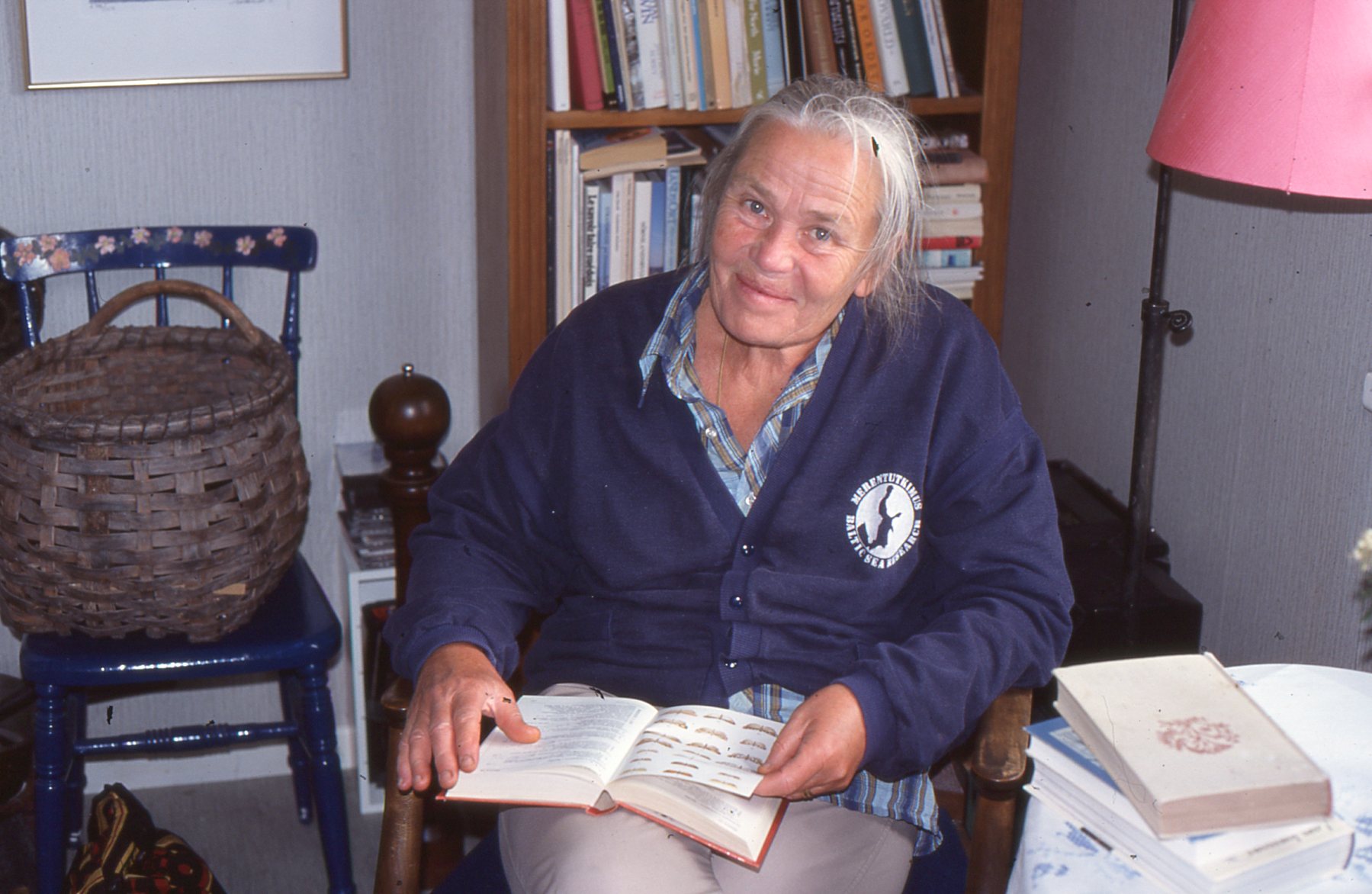