Anna Oscàr was an opera- and concert singer. She was one of the most esteemed artists at Kungliga Teatern (now Kungliga Operan, the royal opera) in the decades around the turn of the twentieth century.

Anna Oscàr was born in Stockholm in 1875. Her parents were Catharina Carolina Andersdotter Sahlin and Sven Tufvesson Thulin, who worked at a tailor’s shop. She was the only one of her four siblings who survived into adulthood. Her musical talent became apparent at an early age and in her teenage years she was a student of the well-known and accomplished singing instructor Isidor Dannström. Her training continued when she took lessons from Signe Hebbe, who also instructed her in stage movement and stage interpretation. Anna Oscàr also took some ballet lessons which served her well for certain opera roles.

Anna Oscàr made her operatic debut when she was only 16 years old. She sang the part of Papagena in Wolfgang Amadeus Mozart’s The Magic Flute in a production at Kungliga Teatern. She then performed as Gerda in Ivar Hallström’s Den bergtagna, as Anna in Andreas Randel’s Värmlänningarna, and as a bridesmaid in Carl Maria von Weber’s Der Freischütz. She was the last singer to make her debut in the old Gustavian opera house. In the meantime she received no offers of permanent employment and instead found herself engaged in August Lindberg’s opera troupe at Stora teatern in Gothenburg in 1892 and subsequently at Vasateatern in Stockholm from 1893–1894. Whilst she was in Gothenburg she was increasingly given bigger dramatic roles, such as Siebel in Charles Gounod’s Faust. The repertoire at Vasateatern largely comprised light-hearted operettas and musicals. Anna Oscàr was once again employed at Kungliga teatern during 1895 where one of her performances was as John Blund in Engelbert Humperdinck’s Hänsel und Gretel. In 1896 she became permanently employed at Kungliga teatern, where she remained until her death.

Throughout the ensuing 20 years Anna Oscàr evolved into one of the most admired opera singers of her time. Her repertoire came to comprise around 60 roles of various types and she was convincing in not only German but also in Italian and in French works. Some of her more notable roles were Susanna in Mozart’s The Marriage of Figaro, Violetta in Giuseppe Verdi’s La Traviata, Elisabeth in Richard Wagner’s Tannhäuser, Lisa in Pyotr Tchaikovsky’s The Queen of Spades, and as Carmen in George Bizet’s eponymous opera. She also had significant success in performing Swedish operatic works and was involved in productions of Andreas Hallén’s successful opera Valdemarsskatten in 1899 as well as Wilhelm Peterson Berger’s Ran in 1903 and Arnljot in 1910.

The Swedish public was introduced to various late-Romantic operas during the time that Anna Oscàr was active. She performed at the Swedish premiere of Giacomo Puccini’s La Bohème in 1901, in Jules Massenet’s Werther in 1904, in Umberto Giordano’s André Chénier in 1909 as well as Richard Strauss’ Salome in 1908. For all of these performances, but especially in the latter’s demanding title role – for which she performed the famous dance of veils in a professional manner – Anna Oscàr received rave reviews. In addition to all these performances Anna Oscàr was also engaged as a concert- and oratorio singer, both in larger towns and cities and in the countryside.

During the summers of 1903, 1906, and 1909 she, along with John Forsell and her husband Martin Orscàr, toured the Swedish emigrant towns in North America, and she performed successful concerts in Chicago, Minneapolis, and at Carnegie Hall in New York. However, apart from these tours and a few appearances in neighbouring Nordic countries, Anna Oscàr’s career remained largely Sweden-based.

Anna Oscàr’s range of expression included dramatic and powerful performances as well as lyrical and virtuoso brilliance. Her bel canto was expressive and her coloratura was highly skilled, the latter of which was particularly displayed in her portrayal of Marie in Gaetano Donizetti’s La fille du Régiment. Anna Oscàr’s ability to portray “Nordic melancholy” in Swedish operatic works also gained a lot of attention.

Anna Oscàr’s multifaceted talents and her vocal capacity was most likely based on a combination of unique vocal talent, thorough training, and dedication. Her strong stage presence and her ability to – irrespective of which character she was performing – “be herself” also contributed to her popularity, as noted by Sven Söderman in a commemorative article.

Anna Oscàr possessed a strong sense of integrity and was uncompromising when it came to her art; she never hesitated to criticise standards at her own workplace. This sometimes led to conflicts. Her own level of artistic mastery can be heard on around 40 gramophone recordings dating from the first decade of the twentieth century. She was recorded both singing solo and in duets with John Forsell and Martin Oscàr.

Anna Oscàr was married to the insurance clerk Carl Olof Teodor Hellström from 1900–1905. At that time she performed using the name of Anna Hellström. After the couple divorced she then married fellow opera singer Martin Oscàr in 1907. The couple performed together in various productions.

Anna Oscàr was awarded the royal Litteris et Artibus medal in 1903. In 1908 she became an elected member of the Royal Swedish Academy of Music.

Following a period of illness Anna Oscàr died in Stockholm in 1915. She is buried at Norra begravningsplatsen (the Northern cemetery) in Solna. 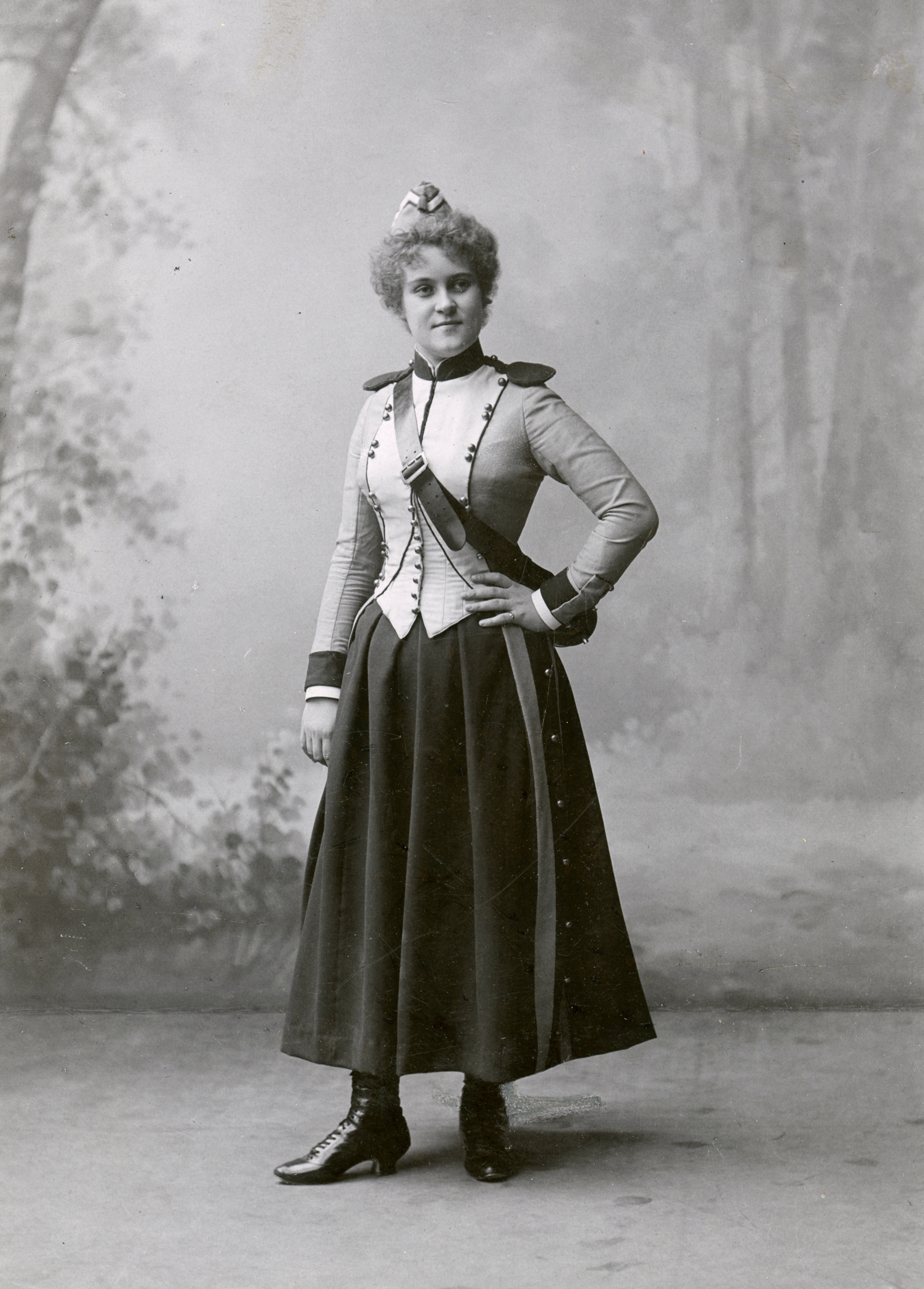