Anna Lindahl was a highly esteemed actor and drama instructor of the first half of the twentieth century.

Anna Lindahl was born in Stockholm in 1904. She was the youngest child of Emil Lindahl, a house painter, and his wife Carolina née Karlsson. Anna Lindahl had four older siblings. She was schooled at the girls’ school Södermalms Högre läroanstalt för flickor and subsequently attended Dramatens elevskola (royal dramatic theatre school of acting) from 1925–1928. After completing her training Anna Lindahl performed at Dramaten during the 1928–1931 period. However, she had already made her stage debut in 1926 when she appeared in August Strindberg’s play Advent. She was still attending acting school at the time.

Anna Lindahl then found work with Gösta Ekman, who employed her on his theatre stages at Konserthusteatern and Vasateatern in the years 1931–1932, followed by Lorensbergteatern in Gothenburg from 1932–1934, and then at Gothenburg city theatre during the years of 1934–1936. After this Anna Lindahl returned to Dramaten, where she appeared in nearly 80 stage productions. During the 1939–1947 period Anna Lindahl additionally worked as an instructor of stage performance at Dramatens elevskola.

Anna Lindahl made her silver-screen debut in 1925 when she appeared in a minor role in Gustaf Moldaner’s film adaptation of Selma Lagerlöf’s novel Jerusalem (part 1), called Ingmarsarvet. She went on to appear in a total of 21 films, primarily in supporting roles. Her notable film appearances included Triumph of the Heart in 1929, Man’s Way With Women in 1934, Under False Flag in 1935, Vingar kring fyren in 1938, Rejoice While You’re Young, Fellow Cadets in 1939, Filmen om Emelie Högqvist in 1939, Vändkorset in 1944, Driver dagg faller regn in 1946, and in the short Mother’s Revolution in 1950 directed by Mimi Pollak. Anna Lindahl also supplied Swedish voices for the fairy in Disney’s animated film Pinocchio in 1940 and she provided the narrator’s voice for the animated film Cinderella in 1950.

Anna Lindahl recorded a handful of records, spoken recordings of various recitations, including Elsa Beskow’s fairytale Tomtebobarnen. Her soft, pure voice and dramatic skills gave her an edge within the new medium of radio and for almost 25 years she was frequently hired to work for the radio. She appeared with Radioteatern, making her debut in 1928 in Postkontoret, directed by Per Lindberg, and she also delivered readings of books on the radio, including books by Selma Lagerlöf, the first of which was Löwensköldska ringen in 1944.

Although Anna Lindahl’s trajectory was curtailed she still made an impact in the world of drama and belongs to the cohort of great Swedish actors. In her a strong sense of empathy was combined with sensitive, intuitive and soulful acting. Anna Lindahl’s character portrayals could convey anything from warm humanity to melancholy, fragility, anxiety, or a soulful strength. She truly was a character actor. In other words she was extremely versatile and is considered to be one of the best interpreters of Strindberg’s character roles. Anna Lindahl was awarded the Broberg stipend in 1929, the Anders De Wahl stipend in 1933 and the Gösta Ekman stipend in 1948.

Anna Lindahl was married to Sten Lundwall, a literary assistant, from 1939 onwards. They had two daughters.

Anna Lindahl died in Stockholm in 1952. She is buried at the Woodland cemetery in Stockholm. 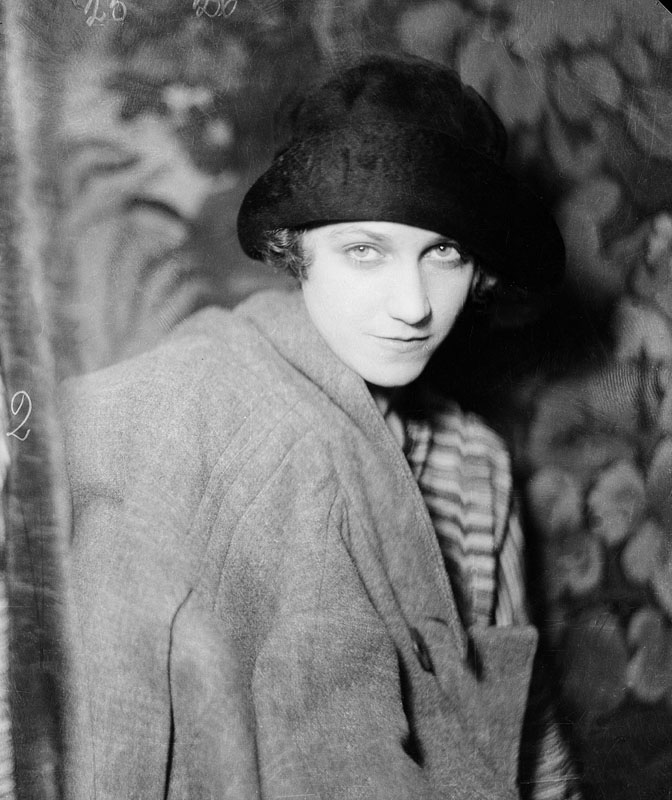