Ingeborg Bosson was the first and only woman to hold the position of headmaster at a Swedish folk high school (folkhögskola) during her period of service. She served as headmaster of Bollnäs folkhögskola from 1929 to 1954.

Ingeborg Bosson was born in Kristianstad in 1888. Her family was solidly connected to the folk high school movement and the sphere of schooling. Her father, Sven Nilsson, was initially the director of, and then a teacher at, the Önnestad folkhögskola during its early years in the 1860s and 1870s. He subsequently worked as a private teacher. Ingeborg Bosson’s father died when she was seven years old. Her mother, Anna, had originally been a public school teacher, and had trained at the female teacher training programme Högre lärarinneseminariet in Stockholm. Anna was a member of the evangelical mission organisation Evangeliska Fosterlands-Stiftelsen (EFS) whilst her husband had been a member of the Swedish mission covenant church and both of them were loyal followers of Carl Olof Rosenius, one of the founders of EFS. Thus the family ethos was highly religious and influenced by the Christian revival movement.

Following the death of Ingeborg Bosson’s father the family farm in Önnestad was sold and around 1889 the family moved to Lund. There, Ingeborg Bosson’s mother, like many other widows who lived in university towns at this time, provided rented accommodation to students. This meant that Ingeborg Bosson and her siblings were all able to benefit from university studies. It is worth highlighting the education which both daughters received. Ingeborg Bosson, the youngest, gained her school-leaving certificate from Katedralskolan in Lund in 1908 and then gained her master’s degree at Lund University in 1912. In order to contribute to the family finances the children also took on paid employment whilst studying by working as teachers for aristocratic families. Ingeborg Bosson worked at Jordberga estate in Scania. She also spent a lot of time with her maternal uncle, Trued Bosson, a provost who provided a lot of support to the family. Around 1900 Ingeborg Bosson and her three siblings all adopted his surname.

Ingeborg Bosson’s Christian faith remained strong throughout her life. During her early student years at Lund she was active within the Christian student movement and the youth church movement. Through it Ingeborg Bosson became friends with Manfred Björkquist and his siblings, particularly Sigrid Björkquist-Wolonis. Further, her serious engagement with women’s rights and the peace-movement also led to friendships with other Christian women who were similarly engaged. Ingeborg Bosson became particularly close to the theologian Ester Lutteman. She was also heavily interested in singing and music and she took singing lessons during her student years at Lund. She was also keenly interested in growing food and had her own allotment.

In 1913 Ingeborg Bosson began working as a relief special-subjects teacher at Matarengi folkhögskola (now Tornedalens folkhögskola) in Övertorneå, where her brother Gunnar was the headmaster. She remained there for a year and then from 1914—1915 she taught at Hampnäs folkhögskola (now Örnsköldsviks folkhögskola), near Örnsköldsvik. She came down with tuberculosis whilst in Tornedalen and, even though the disease appears not to have become serious, she returned home to Lund. The fact that her aging mother required care most likely also played a role in this decision. Ingeborg Bosson never married and never had any children of her own. Instead, being the youngest and unmarried daughter she took care of her mother. The two of them lived together in Lund until her mother died in 1927. In 1915 Ingeborg Bosson became a teacher at the so-called Lindeberg school, or Lunds fullständiga läroverk för flickor, where she remained until 1928. She primarily taught English and history. She also underwent a probationary term at Göteborgs Högre Latinläroverk in 1919, for the subjects of German, French, and English.

Following the death of her mother Ingeborg Bosson still entertained her plans to continue within the folk high school world. In 1928 she provided teaching relief cover on the summer courses at Tärna Folkhögskola near Sala. Her brother Hjalmar had been headmaster there for many years and her sister-in-law, Anna Alin-Bosson, ran the rural domestic sciences school. She also applied for the post of headmaster of Bollnäs folkhögskola. The Gävleborg county council, which had owned and run the school since 1886, were seeking to rationalise the folk high school enterprise in the county. One part of this rationalising meant the transfer of all courses for male students to Västerberg folkhögskola whilst all the courses for female students would be offered at Bollnäs. From 1928 onwards Bollnäs thus became a folk high school solely for women — the only such institution at that time. Courses were only offered during the summer months; during the winter months the premises were prioritised for the agricultural school in Bollnäs. In the meantime, the search for a new headmaster began and it was believed that a female headmaster would be best to serve female pupils. Ingeborg Bosson was appointed with a starting date of 1 January 1929 and she moved into the headmaster’s residence at the school, which was beautifully situated along the river Ljusnan on the outskirts of Bollnäs. Thus Ingeborg Bosson formally became the first female folk high school headmaster in Sweden since the 1870s when Frederique Paijkull had been the director of two, shortlived, women’s folk high school projects.

Ingeborg Bosson immediately began to reform the courses offered at Bollnäs. The main course was extended from 13 to 24 weeks in duration, effectively making it the same length as a winter course. Home-care and school-cookery courses were heavily curtailed in favour of theoretical subjects whilst dairy farming and animal husbandry courses were eradicated. Needle-work remained an important element — particularly weaving, in which traditional regional variations continued to be taught. Health education, singing, and gardening remained obligatory subjects. Ingeborg Bosson also placed a lot of importance on physical education, which had not previously been available to female students. In sum, Ingeborg Bosson sought to move on from educational ideals based on housewifely occupations in the vein of Cecilia Bååth-Holmberg, which had characterised the early womens’ folk high school movement. Instead, under Ingeborg Bosson’s leadership, Bollnäs folkhögskola came to focus on an educational ideal founded on women’s citizenship roles as well as women’s roles as relayed in Ellen Key’s ideas on social motherliness.

Ingeborg Bosson taught history, literature, English, Swedish, and singing. She also gave many public literary talks throughout the years, on various authors. Some of the recurring subjects of her talks included Fredrika Bremer, Pär Lagerkvist, and Elin Wägner. Discussion practise also formed a recurring element in her teaching, often based on issues related to women such as the role of women in society, the duties of a wife, and which occupation a woman ought to choose.

Ingeborg Bosson also left a Christian imprint on the school, introducing morning prayers and daily hymn singing in the mornings. She felt highly responsible for her female students and considered the school and her students as her family. Her gentle and lovely manner, coupled with her decisive nature, were emphasised by both her family and by articles in the press. Her personal motto “remain unseen but be present”, emphasises the central role played by her vocational calling. She emphasised the importance of socialising and cultural activities at the school. This was facilitated when residential options became available to the students for the first time. Several times a week mandatory meetings were held, with cultural elements, and often there were invited speakers. Ingeborg Bossun would conduct the school choir rehearsals herself every day and she would happily put on recitals at the meetings. The school also offered a lot of outdoor activities, such as trips to visitor sites in Hälsingland, outdoor lectures, study trips to other similar schools, and annual summer parties. Ties to the local area were central to the school.

Ingeborg Bosson was heavily involved in local societies, including the settlement movement, the educational association Hälsinglands bildningsförbund, and Fredrika-Bremer-Förbundet. For a time she served as a municipal councillor representing the liberal party Folkpartiet. Despite all her activities she was sometimes quite lonely and isolated and it took a while before she gained social acceptance in Bollnäs. During the winter, when no courses were run, she did not dare leave the school and chose instead to remain on site and await applications from students, due to her great fear of a dip in student numbers. Ester Lutteman would often visit at Bollnäs and give talks there. Jeanna Oterdahl, who was one of Ingeborg Bosson’s later acquaintances, would also visit when she was undertaking a lecture tour. Ingeborg Bosson was also careful to attend national public college meetings. She also had the full support of her family. Her brother Hjalmar and sister-in-law Anna at Tärna folkhögskola were very helpful and Tärna served as a role model for her. The Fornby and Hampnäs schools were also sources of contact. Ingeborg Bosson was good friends with the Fornby headmaster, Petrus Envall, whom she had met whilst they both worked at Tärna. Ingeborg Bosson’s sister, Signe Bosson-Alin, who served as association secretary for the Young Christian Women’s Association, YWCA, also played an important part in her life.

Bollnäs folkhögskola almost closed in 1946 due to the decline in student numbers caused by the war. However, it survived and towards the end of Ingeborg Bosson’s time as headmaster there was a healthy flow of new students. Her proposal to make Bollnäs folkhögskola a co-educational establishment was nevertheless rejected by the board. In contrast, winter courses were reintroduced, which meant that the enterprise ran all year round. When Ingeborg Bosson went into retirement the sole male teacher at the school was appointed as her successor and shortly thereafter the school began accepting male students as well.

Following her retirement in 1954 Ingeborg Bosson moved back to Scania and settled in Arild in Höganäs municipality. In the early 1960s she moved to Stockholm and subsequently to the senior citizen’s accommodation offered by Stiftelsen Andreas Ands Minne in Uppsala. There she and her friend Ester Lutteman had adjoining rooms.

Ingeborg Bosson died in Uppsala on 4 March 1976. She is buried at Önnestad Cemetery. 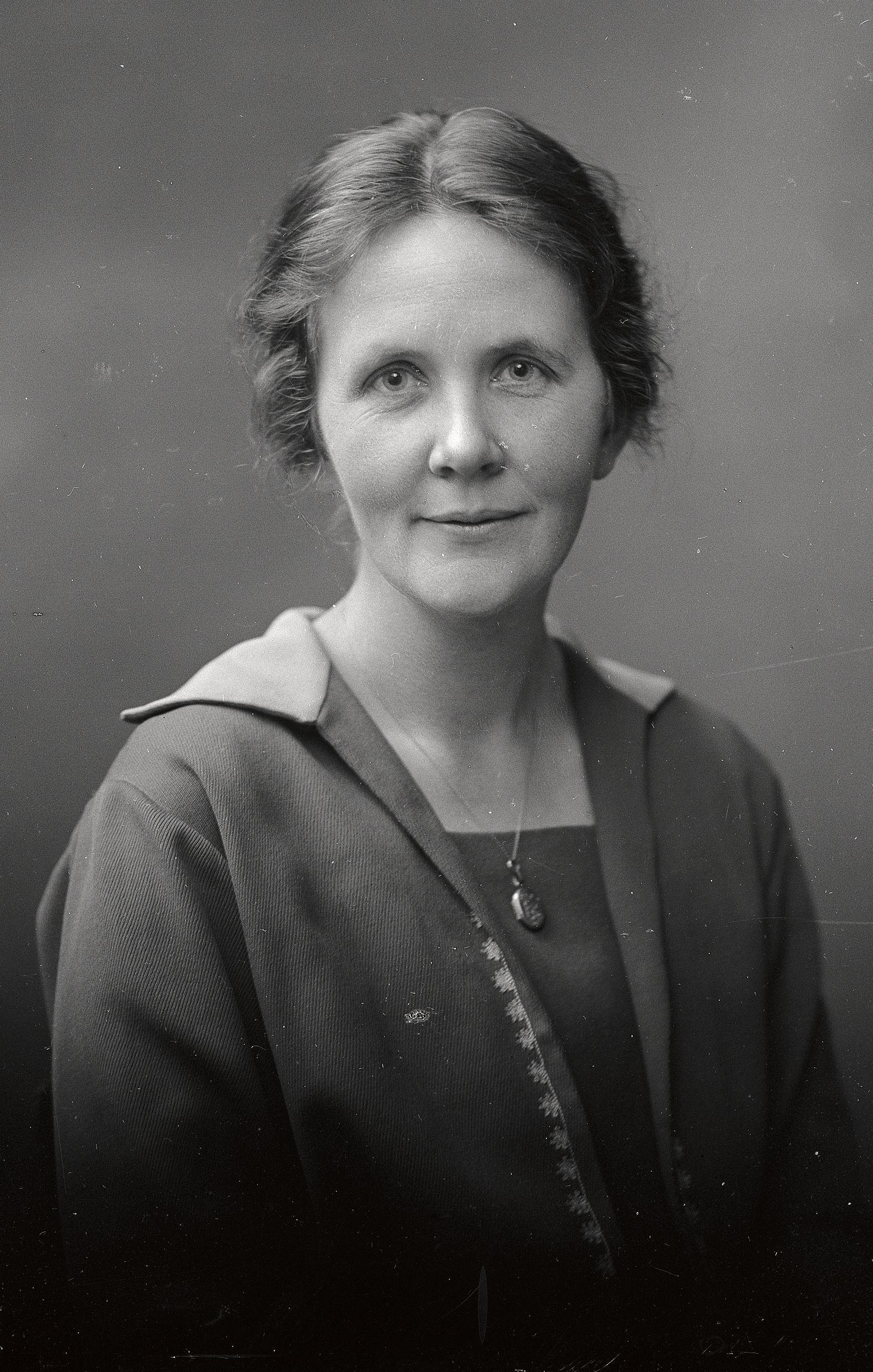