Greta Bolin was a journalist who specialised in child and youth issues during the first half of the 1900s.

Greta Bolin was born in the home of an elementary teacher in Nacka, Stockholm in 1898. Her parents divorced when she was only a few years old. Her mother remarried Mauritz Sterner, a popular educator and grammar school teacher, in 1905. Her father died in 1906. Greta Bolin grew up in Gävle. After taking her Lower School Certificate, she did her teacher training at Falu elementary teacher training college, where she also met her husband-to-be, Lorentz Bolin, who was then an assistant master at the college. Greta Bolin later worked as a temporary teacher in the towns where her husband was pursuing his career, first in Halmstad where Lorentz Bolin worked as an inspector of elementary schools, and later on again in Falun where her husband became a lecturer at the college. The couple had a daughter in 1921.

In 1935, Greta Bolin started writing columns in the major Swedish daily paper Svenska Dagbladet, about her life in the school environment, under the signature “Miss”. The texts were appreciated and in 1937 she was made a full time employee at Svenska Dagbladet, with a new signature, ”Corinna”, which would become well known and be hers till she died. In one column from the summer of the same year, Greta Bolin describes her simple room in functionalist style in the first and only famous communal house on Norr Mälarstrand in Stockholm, where, among others, the spouses Gunnar and Alva Myrdal also lived. At the end of 1940 and beginning of 1941, her husband also moved to Stockholm. Their marriage was however dissolved in 1942.

Based on her experiences as a teacher, Greta Bolin wanted to write about children and school issues. And that was exactly what she did, in reportage and current events discussions in amusing columns on the Today page of the newspaper. She also wrote books about children, school and youth matters in general. Her first book, Ungarna och vi, with drawings by the illustrator Gösta Chatham, was published in 1938. Books for children and children’s need for good books had at that point just begun to draw attention, and apart from regularly reviewing that genre, she also took the initiative to Svenska Dagbladet’s annual handing out of children’s books. Together with her colleague Eva von Zweigbergk at another major Swedish daily newspaper Dagens Nyheter, Greta Bolin contributed greatly to raising the status of children’s books and children’s authors by making written reports on investigations of libraries’ stocks of children’s literature. She also wrote articles presenting the views of librarians, publishers, authors and readers. In 1943, the book of guidance Barn- och ungdomslitteratur, was published, and two years later came the book that has become a classic running into many editions: Barn och böcker, written together with Eva von Zweigbergk.

Greta Bolin also paid attention to children with reading difficulties, in among others the book Det går illa för mitt barn i skolan, in 1948, written together with the literary experts Karin and Bernhard Tarschys. In her book Mitt barn är annorlunda, in 1956, she focused on children with functional disorders. The school world was of course one of the hubs for these problems. Greta Bolin followed the school discussions of her day very carefully, developing contacts with various teachers’ organisations and authorities, up to the very highest level of the Department of Ecclesiastics, then responsible for education.

Greta Bolin’s extensive knowledge of school issues led to her being appointed as the inspector of the Lyceum for girls and the Östermalm municipal girls’ school, both in Stockholm, in 1953. In 1948, she was made a film censor at the State cinema bureau for a time. She also appeared on the radio and later on television, discussing children and school concerns.

Greta Bolin was a member of the large editorial office consisting of women who, during the period between the two world wars, celebrated many triumphs on account of their versatility and will to broaden what were called ”house-and-home subjects” into a more important general subject for the community at large. This was part of the transformation of women’s lives that followed in the footsteps of increased industrialisation and also the new accessibility of the political sphere in which women took their places in municipalities and Parliament. Greta Bolin produced many reports on work places undergoing change, and also social reports on those who ended up outside the growing welfare state. She visited people on the periphery, in juvenile detention centres and women’s prisons, which led to her being appointed a member of the Juvenile Detention Committee (Ungdomsfängelsenämnden), an assignment she was to keep for almost 20 years. Since 1948 she was also one of only a few women board members of the Publicist Club.

The year before the outbreak of the second world war, she visited Poland and Austria with their newly constructed camps for German Jews who had been expelled from their homes. She was thus one of the first people to report on this to the Swedish public. During the war years, she was a member of the Committee for collections for refugee intellectuals and of the anti-Nazi association called “The Tuesday Club” (Tisdagsklubben). She was also strongly engaged in the birth of the State of Israel.

Greta Bolin contributed to Svenska Dagbladet under the signature Corinna up until 1978 when she turned 80. She died three years later. Her ashes were laid to rest in the Memorial Garden at the Woodland Cemetery in Stockholm. 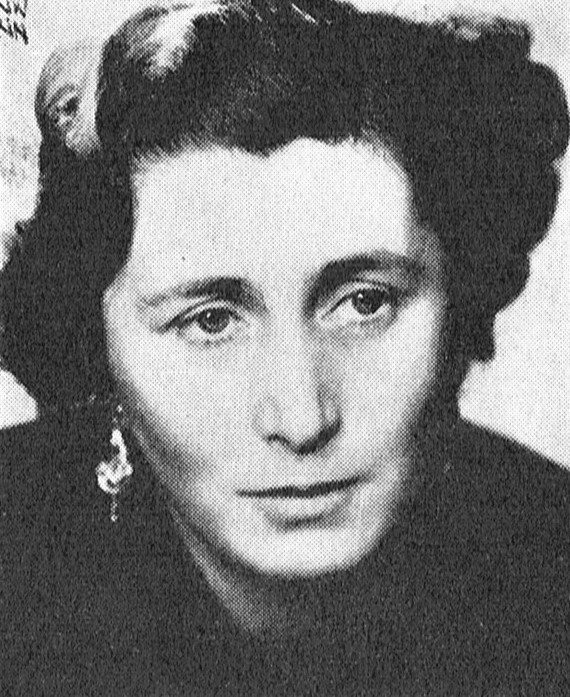