Anna Maria Ehrenstrahl was an artist who was active in Stockholm during the late 1600s and early 1700s.

Anna Maria Ehrenstrahl was born in Stockholm in 1666. She was the daughter of court painter David Klöcker Ehrenstrahl (known as the father of Swedish painting) and Maria Momma, who was the daughter of ironworks owner Willem Momma. Anna Maria Ehrenstrahl received her artistic training from her father in his workshop, along with his other students and assistants. It is probable that her father’s intention was to train her to become a copyist, and thus he focused on teaching her detail work whilst composition fell by the wayside. The majority of Anna Maria Ehrenstrahl’s works do comprise copies of her father’s works, which reveals that he entrusted her with studio work. It is worth noting, however, that painting copies – a valued and sought-after enterprise during Sweden’s period of great power and later – did not simply entail mechanical duplication. Anna Maria Ehrenstrahl also produced several original works of art. These include an allegorical image depicting the four seasons and portraits of both Ulrika Eleonora the elder and Ulrika Eleonora the younger, as well as of Amalia Königsmarck. In 1690 Anna Maria Ehrenstrahl was paid to produce a double portrait of the late princes Fredrik and Karl Gustav, and in 1698 she gifted an altar painting to Bladåker church in Uppland.

Anna Maria Ehrenstrahl is perhaps best known for producing portraits of six of the presidents of Svea hovrätt (Court of Appeal) which she then donated to the same court in 1717. To mark the occasion Sophia Elisabet Brenner composed a celebratory ode in her honour in which she highlighted both herself and her subject as the first female Swedish author and the first female Swedish painter, respectively.

In 1688 Anna Maria Ehrenstrahl married Johan Wattrang, who was the vice-president of Svea hovrätt. As a lawyer he was able to assist his father-in-law in protecting his claims to Skeppsta brassworks, which Willem Momma had transferred to him in 1677. Following the death of his father-in-law Wattrang took over the running of the works. The couple had four children together, of which one son survived into adulthood.

Anna Maria Ehrenstrahl was active as an artist throughout her life and appears to have been respected by her contemporaries. This is exemplified in Martin Mijtens the elder’s portrait of her, depicting her as the Art of Painting, with all its relevant attributes. 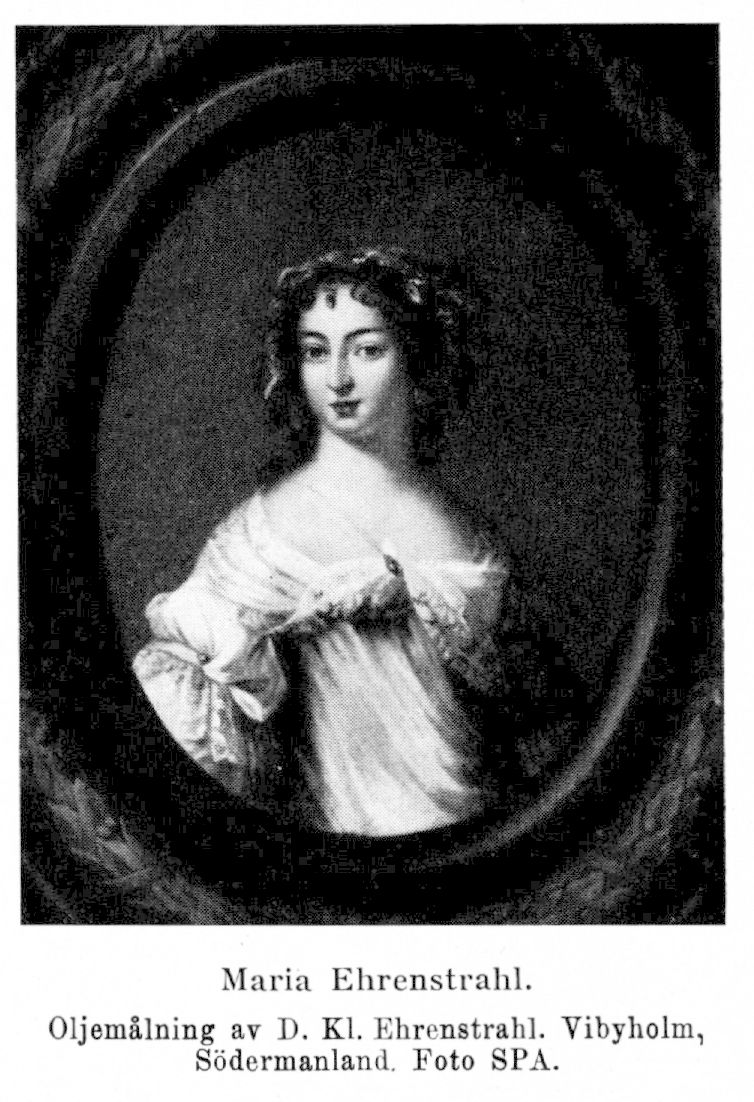