Anta Ryman was a physical education instructor and a dance tutor. She played a central role in the introduction of the white cane as an aid for the blind in Sweden.

Anna Brita Ryman, or Anta Ryman as she was most commonly known, was born in 1913 to Swedish parents living in Wimbledon, London. Both her mother, Anna Ouchterlony, and her father, Anders Ryman, were physical education instructors. Her father was also a medical doctor and physiotherapist with a Candidate of Law degree.

Anta Ryman graduated from the Whitlock coeducational school in Stockholm in 1934. In 1936 she was part of the Swedish gymnastics team which competed in the Summer Olympics held in Berlin. The following year she qualified as a physical education instructor and physiotherapist at Arvedsons gymnastikinstitut (AGI). After a stints as a substitute physical education teacher in Sundbyberg, Karlstad and Kiruna she arrived at Tomteboda blindinstitut – later known as Tomtebodaskolan – in 1939, where she then worked until she retired. Anta Ryman had always been interested in gymnastics and dance. It was thanks to a folkdance meeting in the USA that she learned about the white cane as a modern aid for the blind. White canes had initially started being used as an aid by war-wounded in France following the end of the First World War. Their use crossed into Great Britain and then became particularly widespread in the USA. During the same period they were introduced in Sweden and gradually became the international symbol for blindness throughout the world.

In 1952 Anta Ryman went on a study trip to the USA under her own initiative and trained at the Edward Hines Jr. Veterans’ Administration Hospital outside of Chicago. There she learned the Hoover mobility technique, a swinging movement with the white cane. The following year it was introduced at Tomteboda blindinstitut. A certain amount of resistance arose initially but Anta Ryman also instructed trainee special-needs teachers at the teacher-training college the mobility technique for the visually impaired and the technique gained general acceptance. She travelled across the world teaching this white stick technique, and also organised several of her own courses abroad. Disseminating knowledge of the white cane became Anta Ryman’s major life’s work.

Anta Ryman was involved with the handicrafts teacher programme Nääs Slöjdlärarseminarium for a long time. She first visited the Nääs programme in 1936 when she attended a summer course there. The following year she returned as an assistant teacher, and then later ran courses herself from 1941 onwards. She remained loyal to Nääs for sixty summers. The Nääs programme quickly became a place where Swedish tradition was combined with cosmopolitan approaches in a natural way. Thus it was fitting that Anta Ryman, after the Second World War, introduced and began to teach international dances which she had learned during her extensive travels. She has been described as a very good teacher. It is said that she had all the moves and steps in her head and that she was always well-prepared for her lessons. Further, she said: “Consider that it’s not just you who should have fun, but that you should make if fun for others too”. In addition to the dance courses she held at Nääs Anta Ryman also ran similar courses elsewhere, such as in Jukkasjärvi.

Anta Ryman was involved in setting up the association Näässamfundet in 1966. From 1967 she was a member of the board and from 1970 to 1996 she served as the association’s chair.

Anta Ryman received many stipends and merits. The one which she, according to her friends, appreciated the most was the Hellen Keller medal, of which she was the only European recipient. She also received the Swedish government’s medal of recognition, the Illis quorum.

Anta Ryman died in Stockholm in 2004, 89 years old. She is buried at the Northern Cemetery in Solna. After her death her family donated a large private archive to the August Abrahamson foundation which is held by the regional archives Riksarkivet Landsarkivet in Gothenburg. 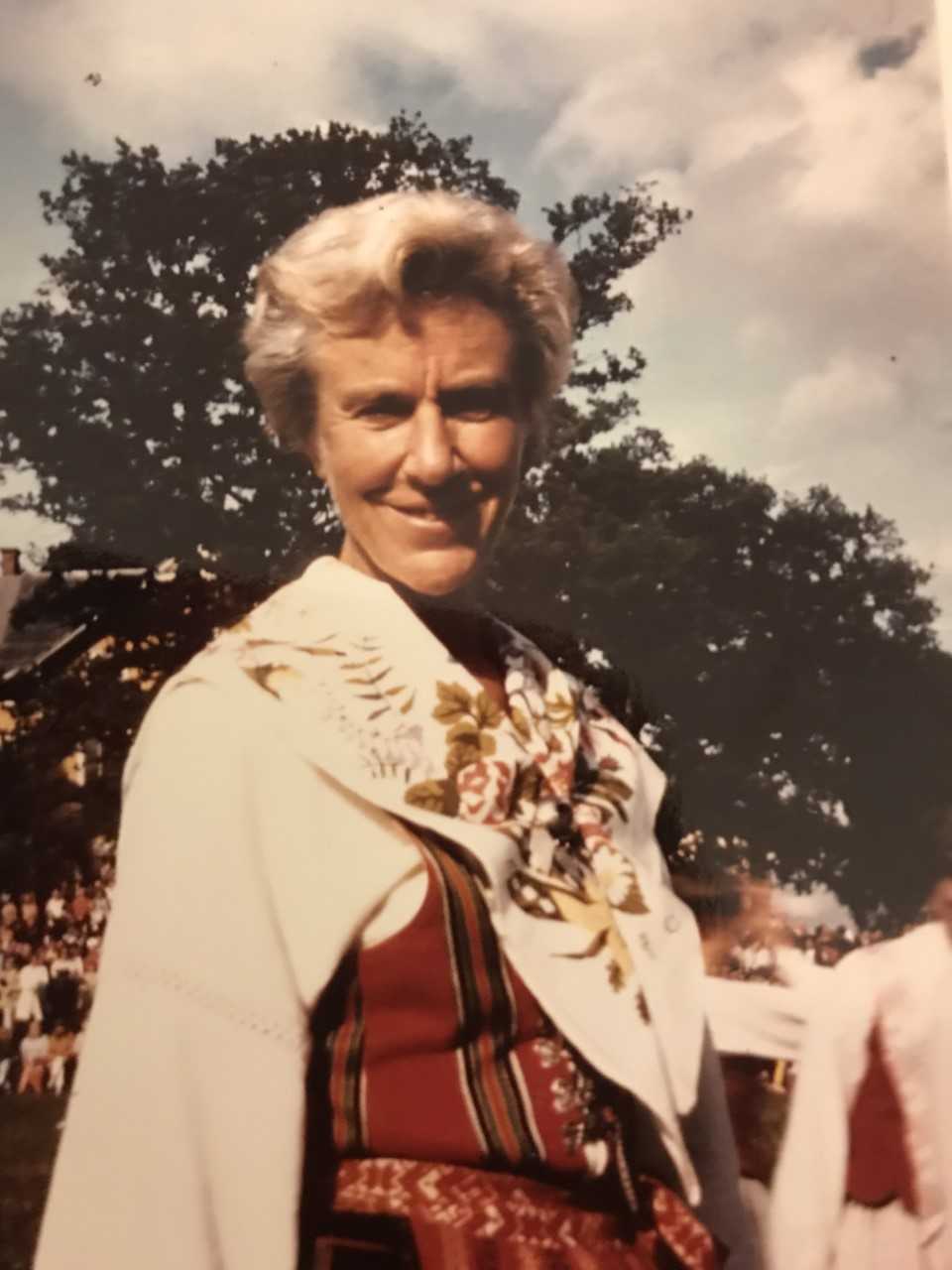