Augusta Lundin was a pioneer in the Swedish fashion industry.

Augusta Lundin was born two years before her parents, the tailor Anders Lundin and Christina Andersdotter, got married. She grew up in Kristianstad, the eldest in a family of six children, five of whom were girls. All of the girls learnt how to sew at home and Augusta Lundin also spent time working in her father’s tailor’s workshop. At the age of 23 she left home and moved to Stockholm. All of her sisters subsequently followed in her footsteps.

Augusta Lundin was initially employed by the Hellgren’s hat shop in Stockholm and then moved on to work in a fashion company. Two years later, in 1867, she opened her own seamstress workshop, which initially operated on a small-scale basis, but gradually expanded. The items produced included walking dresses, various formal wear for visiting and celebrations, and ball gowns. She had very strong competition. One of the reasons that Augusta Lundin’s fashion house was successful was that she had the help of her sisters, including Hulda Lundin, a teacher who became well-known for her teaching methods. Another reason for Augusta Lundin’s success was her ties to Otto Gustaf Bobergh, who collaborated with Charles Fredric Worth, the most famous fashion designer in Paris at the time. Augusta Lundin used her connection to Bobergh to stay up-to-date with the latest fashion developments in Paris. In 1874 her seamstress workshop developed into a fashion retail shop where she sold her apparel. In 1908 she moved to new premises at Brunkeberg torg 20, where her shop remained for the duration of her life.

During the 1890s Augusta Lundin introduced regulated working hours at her fashion shop. Her employees worked between 9am and 7pm, which was shorter than the hours demanded by other workplaces in the same field. She also paid higher salaries than those offered by competing companies, and her seamstresses were entitled to two weeks’ holidays every summer. At the time it was a boon to be employed at Augusta Lundin’s shop. By 1914 the company employed175 seamstresses and four dressmakers.

Every year Augusta Lundin would travel to Paris to stay updated on the latest fashions. She would also buy material and other goods in Paris in order to be one step ahead of the competition in Stockholm. She was also the first person in Sweden to use the rational sewing method according to the French model, where specific seamstresses worked on particular parts of a garment. Although there were many fashion houses in Stockholm in the early twentieth century Augusta Lundin’s was considered to be the most eminent. She was known as the Dior of Stockholm. Augusta Lundin did not, as far as is known, design any of her own clothes; instead, her strength lay in running the business. Her customers included the eminent actresses of the era, ladies of the court and Queen Sofia. Augusta Lundin later became a purveyor to the royal house. Her customers came from all over Sweden and her business also became known beyond Sweden.

Upon Augusta Lundin’s death in 1919 her nephew K. A. Bergholm inherited the company, which was then registered as Augusta Lundin AB and had 200 employees. Two years later the company moved to new premises at Kungsträdgårdsgatan. In 1939 the fashion house returned to being a seamstress shop called “Maison Augusta”, but eventually closed a few years later. 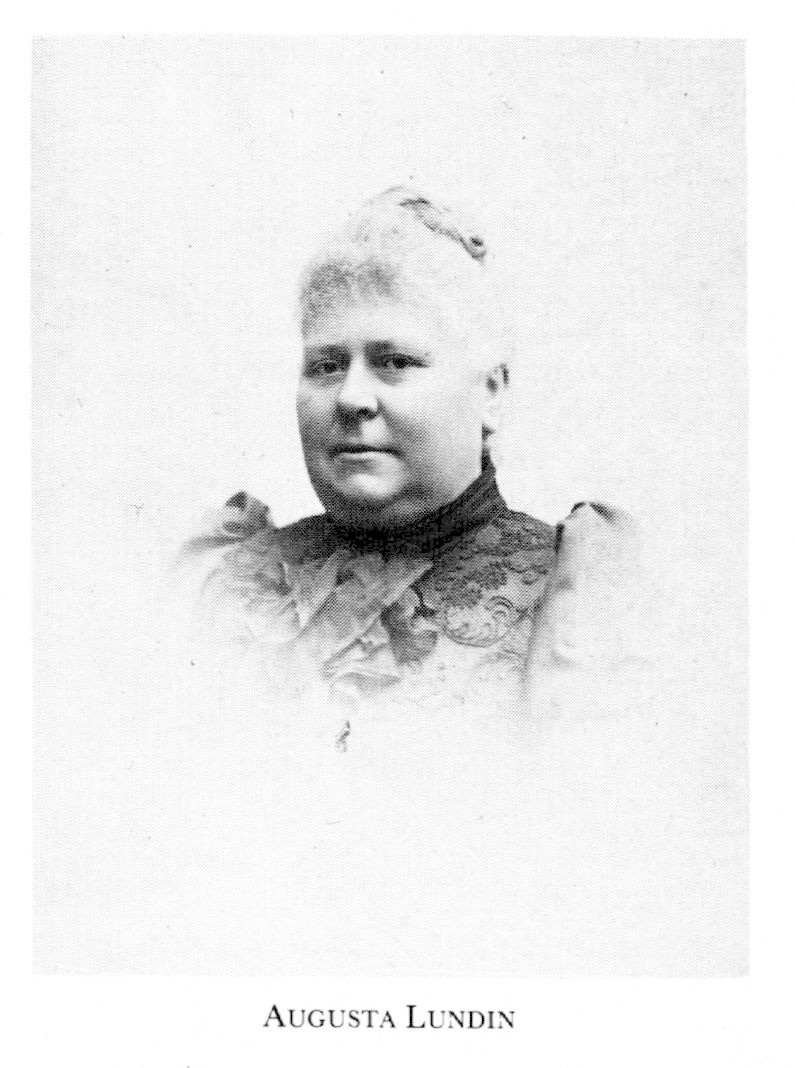