Eira Hellberg was a journalist, translator and author at the beginning of the 1900s. She belonged to the more adventurous writers when reporting for the daily press in Stockholm from North Africa, New York and Europe during the first world war.

Eira Hellberg’s writing career has been described in several contexts as having begun with her debut as a journalist at the major evening newspaper Aftonbladet in 1910, and that she then wrote under the pseudonym Jaya. This is an assertion that must be revised. By then she had already been active for at least six years as a translator and freelance writer for a number of newspapers and magazines. As a translator, she had published titles like Strandfogdens dotter by N P Madsen, and works by Mads Jacob Madsen and Editha M Ewing in 1904 —1909. A long time later, in 1932, she published another translation, Vi två: en berättelse om kärlek by Philip Hughes. Like many of her contemporaries, she was published in a great number of magazines and newspapers. She contributed journalistic articles to Mitt hem, for example a series of articles in 1908 on the suffragettes, and in the magazine Dagny in 1909 on a school for maidservants in Stockholm. From 1909 onwards she was published in Aftonbladet and the major Swedish daily newspaper Svenska Dagbladet. For example, she described a journey to North Africa in SvD in the spring of 1910. She sometimes wrote under her pseudonym Jaya and other times under her real name or the abbreviation E.Hbg.

Like many of the other writers of the time, she reported from and about the slums in Stockholm. This started with her article in Aftonbladet in December 1909, in which she wrote a kind of role reportage about when she accompanied a salvation army soldier on a mission assignment into the nightlife of Stockholm. And she started a discussion when she reported in Aftonbladet after a day as a shop assistant in Stockholm in May 1911. She seems gradually to have become most permanently employed by Aftonbladet. Some books of her own and contributions to anthologies with journalism as their base came into being at that time: I det arabiska sultanatet came in 1911. After her American journey, she published a report called “At home with Theodore Roosevelt” and one called “In Panama” in Dansk tidsskrift in 1911—1912. In 1913, she published two collections of reportage: Något om modern journalistik i Amerika and Hos de kungliga. The latter had already aroused quite some attention from journalists in Stockholm when the articles had been published in Aftonbladet in the spring of 1911.

Her war correspondence started off with reports from the Balkans. Aftonbladet reported that she had an assignment from the Red Cross to study their operations under war conditions. In a photograph in the newspaper from 5 November 1912 she can be seen sitting at the entrance of a hospital tent. In another photograph, Eira Hellberg looks like an experienced adventurer with a Red Crescent armband on her arm and supposedly a Browning revolver at her belt – this photograph had been taken by Aftonbladet from the British The Daily Mirror, according to the caption on 10 November 1912. Eira Hellberg also wrote a series of reports from Constantinople, starting in the (war) hospital and ending with her diary as a prisoner of war, this last text in a light, chatty tone in the midst of all the seriousness. What she had seen and written about during her months in Constantinople showed several aspects of the brutality of war. During the war years 1914—1918, she sometimes wrote as a reporter in Stockholm and sometimes wrote from new journeys, for example from London in February 1916 for Nya Dagligt Allehanda.

Not long after the war had ended, in 1919, Eira Hellberg met her readers in the weekly magazine Idun. She was introduced on more than three pages in April as “Our most well-travelled woman journalist”, with photographs from amongst other places Jamaica, Panama, Constantinople, Bucharest and Bulgaria. In the unsigned interview, it is established that she, as the pseudonym Jaya, had disappeared from daily journalism, that she thought was “too superficial, hurried and sensational”. Journalism was “up to a point a good school for the pen /…/ for studies of people and for general knowledge. But its nature and essence do not attract me”. The same year, in October, Idun published an original travelogue. In the article “Stockholm-Berlin by air” Eira Hellberg described a flight on the Zeppelin airship Bodensee and it seems to have been a journey that was almost too adventurous for the passengers. However, Eira Hellberg seemed mostly concerned that the organiser had not delivered good service to the passengers upon arrival in Berlin, she reports in a lettercard dated “Under [sic!] den Linden, 2 o’clock at night”, that concludes the article. She continued to be published in Idun. “Among Europe’s ruins” was a series of articles running through February and March in 1920, which consisted of variations on the theme of “At home” reports from various royal personages hard hit by the war. Gradually she also began to write for Vecko-Journalen.

At that time, Eira Hellberg had been captured by spiritualism. In 1919, she engaged a medium from Hungary for public séances in Sweden, which aroused quite a stir in the daily press, as also happened when she suggested that a professorship should be inaugurated at Lund University in the field of spiritualism. She herself wrote a number of brochures on the subject, for example Telepati och ockultism: en bok för vardagsmänniskan in 1922, and she was the editor of the magazine Ur det okändas värld in 1932—1935.

Her authorship continued for half a century and she usually published her work under her own name, Eira Hellberg. For a number of practical handbooks, however, she used the pseudonym Kerstin Hallman: from Lilla hushållets kokbok in 1928 to Pussy Carlsson och prinsessor: en bok om kattor och kattvård in 1949. Of Eira Hellberg’s literary production may be mentioned the novel from 1943 about Finnish refugees, with the long title Men grunden står kvar: en historia om evakuerade från Finlands hundra dagars krig, for which she used the Finnish-sounding pseudonym Karin Kerttu.

Eira Hellberg married Sven Lundberg in September 1926. The marriage was however brief: she was widowed in July 1928 when he died of tuberculosis. Her formal surname was thereafter Hellberg-Lundberg. When Eira Hellberg died in 1969, she was living at Södermalm in Stockholm. She was buried the same year at the Woodland Cemetery. 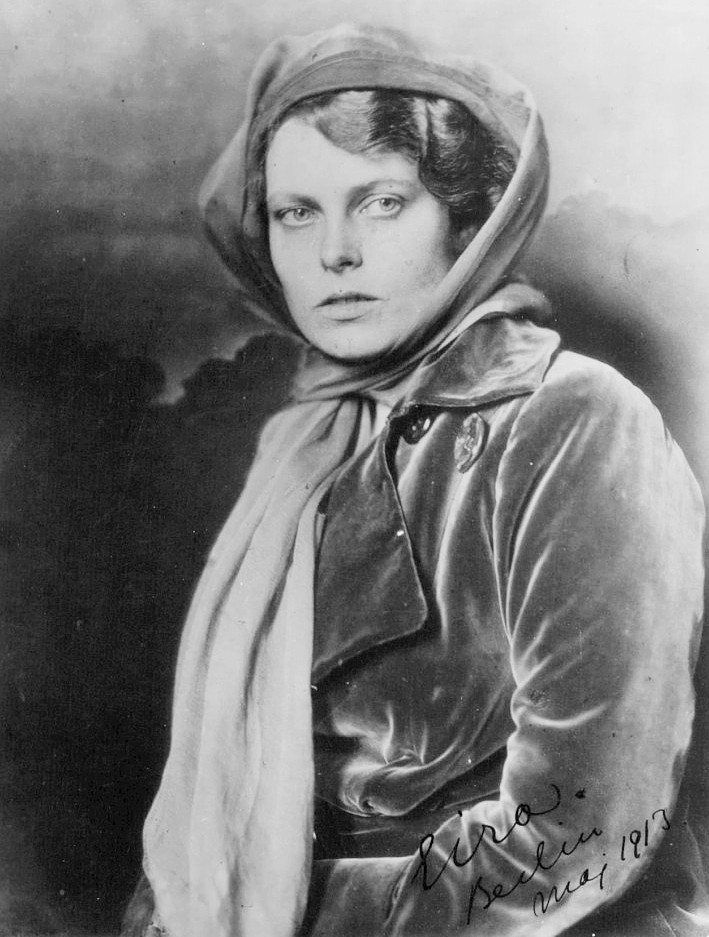