Aurora Strandberg was an actor with a short career in the first half of the 1800s. She was expected to have a bright future because of her obvious talents, but suffered an untimely death at just 24 years of age.

Aurora Strandberg was born in Stockholm in 1826. Her father was Johan Abraham Österberg, a runner and a courier. Nothing is known about her mother. In 1839, then aged thirteen, Aurora Strandberg was accepted into the school of the Royal Swedish Opera. She began her employment as an actor at the royal theatres in 1846 and enjoyed a few active years before her demise. During this time she was married to the opera singer Olof Strandberg.

Aurora Strandberg was considered exceptionally beautiful, which was usually considered to be a greatly advantageous aspect for actors. During her brief career she performed a series of ingénue roles at the Royal Dramatic Theatre. She played Angiolina in Zedlitz’ Kerker und Krone, Jolanta in King René’s Daughter, the title-role in Den vansinniga, the title-role in Konstans af Pontin’s historical romantic drama Agda, Fenella in the Auber/Scribe opera La muette de Portici, and the fieldmarshal’s daughter Tekla in Schiller’s Wallenstein. Reviewers described her in terms of her “innocent naïveté” and “lovable and soulful manner”, which seem to be evaluations of her character rather than of her professional ability. She was, however, seen as excelling in silent acting. Nevertheless, she never managed to test her prowess beyond the narrow confines of roles that were to her on the basis of her pleasing exterior and innocent air.

Aurora Strandberg lost her fight with lung disease and died in Stockholm in 1850. She is buried at Norra begravningsplatsen (the Northern cemetery) in Solna. 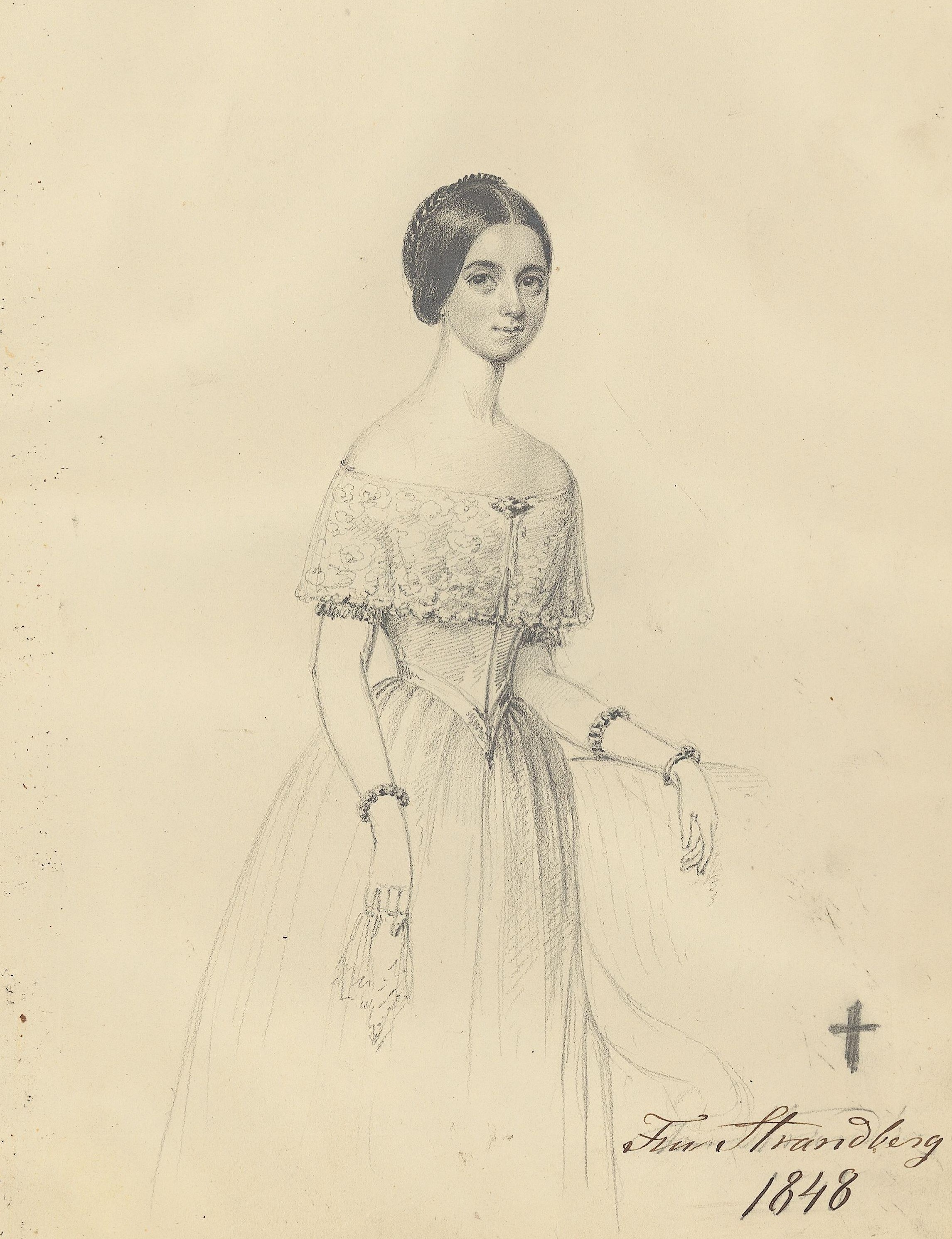