Aurore von Haxthausen was an author, and one of the artistically gifted upper-class women who were part of the bourgeois culture of learning during the second half of the nineteenth century.

Aurore von Haxthausen was, as is highlighted in a memorial article published in Idun, a multi-talented person who came from learned stock, primarily through her maternal grandfather’s brother, bishop and historian Carl Gustaf Nordin the first person to inhabit seat XV in the Swedish Academy. He also served as King Gustav III’s advisor in religious matters. He collected a large number of manuscripts which now largely comprise Nordinska samlingen, the Nordin collection, held at Uppsala University Library. One of Aurore von Haxthausen’s cousins was Gustaf Nordin, a minister serving in Saint Petersburg who was said to be a close friend of Alexander Pushkin’s. A more distant relative was her fourth cousin, Johan Ludvig Runeberg.

Aurore von Haxthausen perhaps became best known for her musical ability and her talent at performing music. It is said that she never used music notation but preferred to improvise using already known music. She also composed her own music, but very few of these compositions were ever noted down. She is said to have composed a march which was played at the ceremonial opening of the Riksdag, the Swedish parliament, as well as a ‘fest polonaise’ dedicated to the Crown Prince’s nuptials. At her own funeral in Östermalmskyrkan, her own composition “Vid lifvets afton”, was performed.

As an author Aurore von Haxthausen belongs to a long line of female writers who were published towards the end of the nineteenth century at a time when modernism was emerging as a literary genre. This remains little noted by the orthodox history of literature. One of the few studies produced is Eva Heggestad’s literary-sociological dissertation Fången och fri which references Aurore von Haxthausen amongst other more or less forgotten writers. The salon culture, which was largely run by women, played a role in the growing number of female writers and Aurore von Haxthausen was a clear representative of this development. The Haxthausen home was often host to salons, which included music performances and literary readings. Carl Snoilsky is said to have been a frequent guest at these gatherings.

The career of writer was one of the new areas within women’s emancipation, although few women were able to make a living in this line of work. Aurore von Haxthausen’s elevated social standing made it likely that she was not financially dependent on her writing activities. In return, her written work tended to be more focused on providing timeless accounts of various environments rather than tackling the burning issues of her day. Her writings are heavily based on her childhood memories.

Many female writers’ published works of the time are, nevertheless, marked by a certain humility. Aurore von Haxthausen, who also published under the pseudonym of Klara Kuhlmann (the name of a former fiancée of Ferdinand von Haxthausen), described these collections of everyday reports as “sketches” in the foreword to Svenska Hem. As such they are characterised by sharply detailed portrayals of a seemingly blithe rural upper-class existence, amongst other things. The portrayals tended to address contemporary issues as a transition between the old and the new, between rural idyll and a more modern world. This theme of the rural versus the metropolitan forms one of the fundaments of Swedish literature during recent centuries as well as in later popular fiction. Aurore von Haxthausen thus refers backwards to idyllic poets such as Anna Maria Lenngren.

Aurore von Haxthausen died in 1880 aged 59. She is buried at Solna kyrkogård. 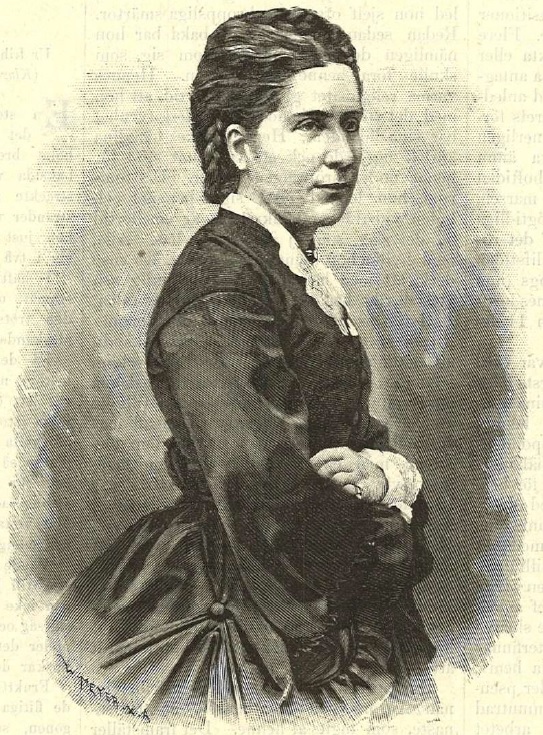