Beata von Yxkull was a landowner and chatelaine in the 1600s.

Beata von Yxkull was a Swedish aristocrat in the 1600s. Born in 1618, she was the only child of Baroness Elisabeth Christensdotter Oxenstierna and Colonel Conrad Reinholdsson von Yxkull. When Beata von Yxkull was four years old, her father died, and she inherited his estates Björkvik in the province of Östergötland, and Steninge in the province of Uppland. She was religiously brought up from infancy and was married at the age of 18 to Erik Gyllenstierna who was 16 years older. He was made Baron af Ulaborg in Finnish Österbotten in 1651. Her husband was extremely well educated for his time, having even studied at universities abroad. All his life, he was a busy man in the service of the state. When he died at Nynäs castle in the province of Södermanland in 1657, he was the owner of among other things the estate Pintorp and Nynäs, both in Södermanland.

In her marriage with Erik Gyllenstierna, Beata von Yxkull bore her first child: her son Conrad Gyllenstierna, in 1638, when she was about twenty. After that, she was pregnant almost every other year until 1656, and had thirteen children. Her son Christoffer Gyllenstierna has described her as a particularly Christian mother in her caring for the children’s moral and Christian upbringing. When her husband died, Beata von Yxkull became a widow and remained so all her life. In her twenty years of marriage, she had previously looked after parts of the running of the estate.

As a widow, Beata von Yxkull was particularly involved in the running of the Pintorp estate in Södermanland, where she had completed the building of a new corps de logis, later named Eriksberg. As the mistress, she was engaged in fining the rustics and organising support for poor widows. No contemporary sources exist to support the impression spread in the 1800s by songs, broadside ballads, folktales and other folklore materials that pointed out Beata von Yxkull as the main candidate for the Swedish manor house legend about the Lady of Pintorp. Beata von Yxkull would probably have been forgotten if the author Wilhelm von Braun had not perpetuated her memory for the world in 1860 in the poem ”Pintorpafrun”. He got his inspiration for this poem from Arvid August Afzelius, who between 1839 and 1870 published Swenska folkets sago-häfder. Afzelius emphasised that the legend about the Lady of Pintorp was applied to several powerful aristocratic wives, but that he had chosen Beata von Yxkull because her legend “had been most widely spread among the country people.” In Afzelius’ version, the Lady of Pintorp was shown as a tormentor of the farmers, and for her earthly sins she was fetched to hell by the devil himself.

Wilhelm von Braun’s recording of the Lady of Pintorp theme received wide literary distribution. Between 1863 and 1914, his poem appeared as a broadside sheet no fewer than 23 times. With that, the poem took the step from the agrarian community to the urban environment. In that way, Beata von Yxkull continued to be the Lady of Pintorp in the Swedish mind in the 1900s, despite Herman Hofberg’s emphasis as early as the 1800s that the story had borrowed certain characteristics from critically social-analytical German and Danish legends. Particularly stylistically influential was the German legend from the 1500s when the German state consisted of small principalities with farmers suffering from harsh serfdom. By describing cruelties in the form of legends, the farmers were able to express their anguish and powerlessness. A kind of poetic justice was created in the story of the evil lord who was punished by being fetched by the devil for his earthly cruelty. Thus was divine justice created. The conditions in the small sixteenth-century German principalities were reminiscent of the situation in Sweden in the 1600s, with restless farmers who feared the increasing social power of the aristocracy. It is also relevant that it was not the lords but the ladies who dominate the Swedish tradition. The position of women as mistresses of castles contributed to their increased public exposure, along with the pressures of war. This was especially true for aristocratic widows, whose normative role as mediators in conflicts according to church records was exchanged for male leadership roles which also involved deciding punishments.

It is important to note that various ghostly tales about the Lady of Pintorp and also the White Lady have appeared much later, not seldom during the 1800s. Maidservants, footmen, farm boys and farmers are for example numerous in the often greatly distorted descriptions of ladies of the manor who made their appearance in the Swedish manor landscape. Central to these tales is the social discontent within the framework of the miniature worlds that on a broad front existed on the larger Swedish estates until the serfdom system was abolished in 1944.

There is however no historical evidence whatsoever that Beata von Yxkull was particularly harsh towards her subordinates. The sources available from the 1600s instead bear witness to a woman’s role that exceeded the gender barriers of the seventeenth century’s social ideology. Simultaneously, the widely spread legend of the Lady of Pintorp is based on several historical Swedish examples in which elements of abuse and violence versus the people’s powerlessness has remained a central theme. 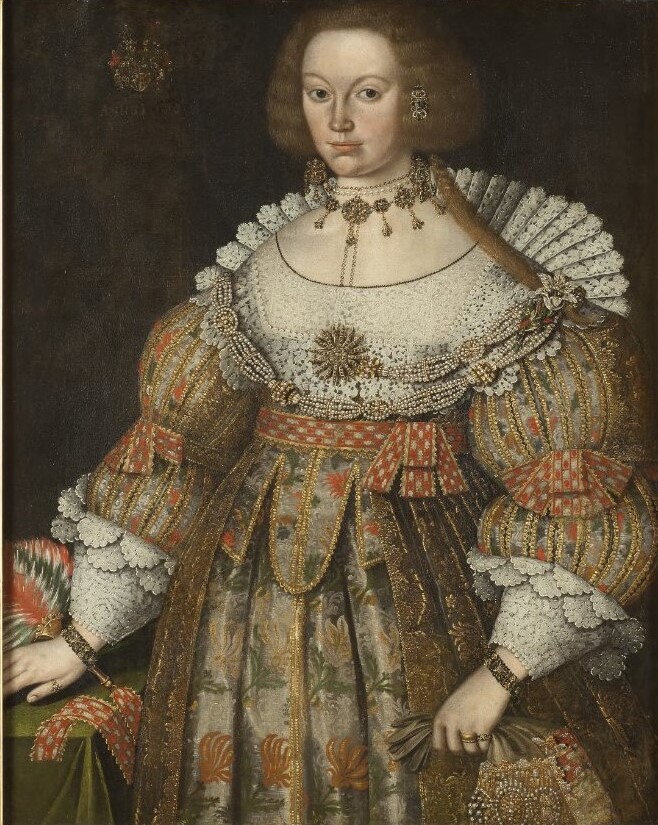