Benedicta Lager was the third Swedish woman to qualify as a medical doctor, according to the modern definition of the term.

Benedicta Lager was born in Östraby parish, near Hörby in Scania, in 1842. She was the eldest of 13 children, 10 of whom survived into adulthood. Her father had grown up in a poorhouse, but with time had been able to purchase his own home. Benedicta Lager attended local schools first in Hörby and then, following a family move, in Veinge in Halland. When she was 24 years old she registered with the Ersta diakonissanstalt (deaconry institute) in Stockholm. This was the first Swedish programme for deacons, established in 1851, to include medical training. The one and a half year programme included courses on health and hygiene, as well as cookery lessons and bible classes. Benedicta Lager graduated in 1869 and then began to work at the institution’s hospital. She later ran the Konradsberg mental health hospital at Kungsholmen. She also worked outside of Stockholm, for example, when she set up a Christian rehabilitation centre for female prostitutes, known as a Magdalen house, in Jönköping.

Benedicta Lager sought to be released from the deaconry in 1875 in order to become a missionary in what is now called Eritrea. That same year the Evangeliska Fosterlands-Stiftelsen (Swedish Evangelical Mission) sent her off as a missionary to eastern Africa. Her duties largely entailed working at a school but following her arrival it became apparent that healthcare also offered an important way to gain the trust of the local population. She initially worked at surgeries close to modern-day Asmara and then in Eilet, which lay in the desert north of Massau. The records noted that treatment was given for illnesses such as leprosy and tapeworm. Not long after her arrival in Africa she married the missionary Per-Erik Lager, but their short-lived union ended dramatically soon thereafter. During a journey in 1876 the couple became caught up in fighting and Per-Erik Lager was murdered by Ethiopian soldiers. Benedicta Lager was held prisoner for a time but eventually set free. She quickly sought permission from the mission to be returned home to Sweden. Once back in Sweden she gave birth to her daughter, who sadly died of meningitis before seeing her first birthday.

Benedicta Lager worked at orphanages, taught, and ran a bath house at Ronneby well from 1878–1879. She immigrated to the USA in 1880, which was when she changed her first name from Bengta to Benedicta. Five years later she graduated in medicine from the Hahnemann Medical College in Chicago. A few years later she gained her medical doctorate at the College of Homeopathic Medicine and Surgery at the University of Minnesota. Following this she ran her own general medical practice until her death. She remarried two more times. The first time was to a music teacher from Gryteryd, and the second time with a furniture salesman from Norrköping. 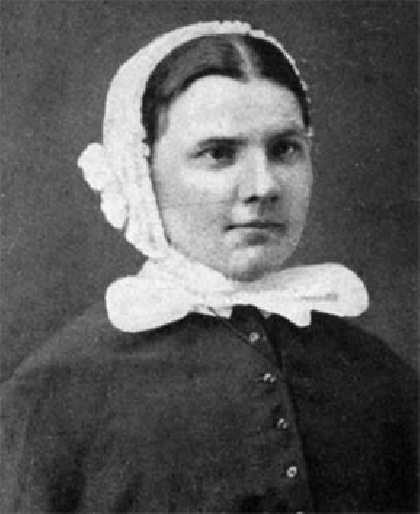