Bengta Eskilsson was a textile artist and a weaving instructor. She was a pioneer of Scanian traditional handicrafts and helped ensure that the Scanian art of weaving and its ancient traditions were protected in the early twentieth century.

Bengta Eskilsson was born Bengta Nilsdotter in Hammarlunda village, Frosta district, Scania in 1836. She was the eldest daughter born to Nils Persson, a farmer, and Elna, née Larsdotter. She spent most of her life living and working in Lund as a weaver. She had a sister named Hanna who was born in 1842. They grew up together at the old-fashioned Frostagård where Bengta Eskilsson learned to both spin and weave from her mother and maternal grandmother, both skilled weavers.

In 1857 Bengta Eskilsson moved to Lund where she began to work as a maid for Karl Magnus Ahlström, an ombudsman. Ten years later, in 1867, Bengta Eskilsson married John Fredrik Eskilsson, a maltman and property owner. He had his own farm at Gasverksgatan 11 in Lund. The farm was described by Baroness Henriette Coyet as a beautiful old half-timbered farm with apple trees growing beside the white-stepped gables, along with long rows of flowering old-style roses, peonies, and Sheep’s bits (blue daisies). In the early 1900s the farm burned to the ground, but following its restoration Bengta Eskilsson was able to return and live out the rest of her days there, a place she considered to be her beloved home. The farm was, however, eventually torn down during the 1950s in order to make way for an asphalt-covered parking lot.

Bengta Eskilsson spent more than half a century working at Eskilsgården and it was there that she established her weaving school. Just like her contemporaries, Thora Kulle and Cilluf Olsson, Bengta Eskilsson began to weave on commission for Handarbetets Vänner. Students came from all backgrounds and every area in Sweden to learn the art of weaving at her school. With the help of her daughters, young relatives, and her students, the school produced splendid, solid, heavy and substantial Scanian weavings. Using ancient patterns she created rosengang, “krabbasnår”, flat, “munkabälte”, “dukagång”, and “opphämta” weaves as well as others. Other skilled weavers also made their way to her school to further develop their skills by learning the Scanian patterns and methods which they then took with them abroad, becoming famous for the weavings they made using skills learned in Lund.

Bengta Eskilsson, or Mor Bengta (mother Bengta) as she became known, gained more recognition abroad than she did in Sweden. Her work appeared in the Paris Exhibition of 1900, receiving the gold medal for her weavings exhibited in the handicrafts section of the Hushålningssällskapet display. Upon her return to Sweden Bengta Eskilsson was awarded a silver vessel by Malmöhus county agrarian society as a token of recognition for her valuable contribution to the Paris World’s Fair event.

Bengta Eskilsson’s textiles garnered royal attention and commissions were made on behalf of the Swedish court, including for Prince Eugen. According to an interview in the Sydsvenska Dagbladet newspaper in 1905 Bengta Eskilsson’s weaving techniques were employed at royal courts in Baden and in Würtemburg. At the 1907 Vienna Exhibition Bengta Eskilsson received an honorary award and none other than Arch-Duke Franz Ferdinand of Austria-Hungary placed an order for a long “drättaduk”. She wove this piece using blue patterns on a base of white linen, based on images which she had learned from her own village in Frosta. Among the various items she wove – a castle, horsemen, boats, and peacocks – she placed a double-eagle as was common in Scanian “drättadukar”. This eagle bears a great similarity to the Habsburg imperial eagle. The finished piece was 12 metres in length and 1 metre wide and was displayed in Franz Ferdinand’s hunting castle in Bohemia.

Crown Princess Viktoria visited the Kulturhistoriska föreningen display at the Nordiska industri- och slöjdutsällning (Scandinavian applied art and handicrafts exhibit) held in Malmö in 1896. The princess purchased one of Bengta Eskilsson’s tapestries portraying stylised poppies as well as a pile rug in muted colours with a beautiful pattern by Cilluf Olsson, along with a portiere and a woven “dukagång” curtain by Thora Kulle.

Bengta Eskilsson died in 1923. She is buried at the Saint Peter’s abbey cemetery in Lund. Her daughter, Anna Lithström, donated several of her late mother’s textiles to the textile department of Lunds Kulturhistoriska förening and to Malmö Museum. 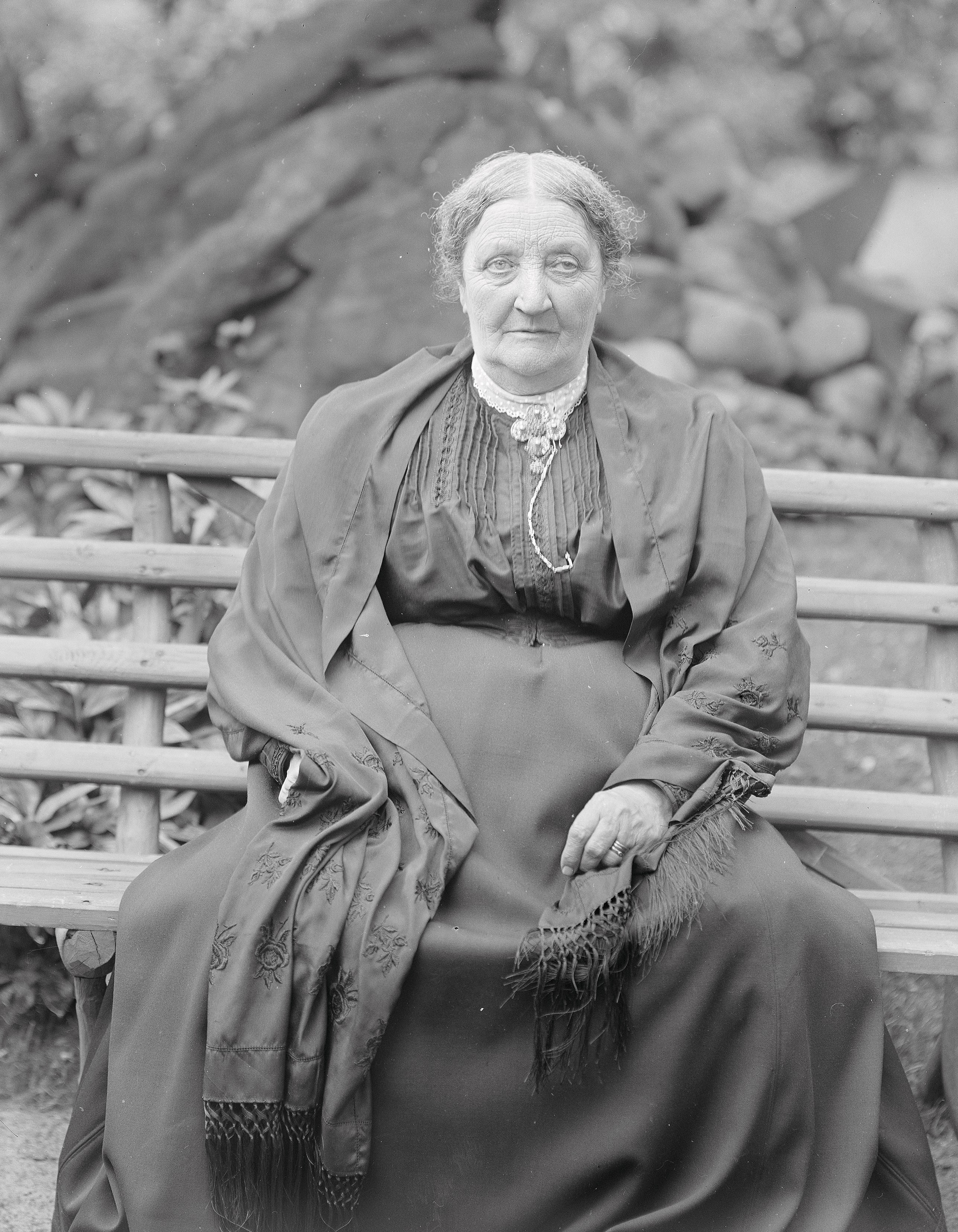