Berith Bohm was an operetta and opera singer and an actress.

Berith Bohm was born in Stockholm in 1932, but she spent parts of her childhood with her maternal grandparents on their farm near Sundsvall. Her father died early and her mother struggled to enable her daughter take voice lessons. In her teens, Berith Bohm participated in a talent competition in Bromma, which led to her spending time at Furuvik youth circus and eventually at Oscarsteatern in Stockholm where she was accepted into the chorus at the age of nineteen.

Her first role there was in 1952 in South Pacific and it was followed by other minor roles. In 1955, she had the opportunity of performing with Nils Poppe in Blåjackor at the Norrköping-Linköping city theatre (later the Östgötateatern). Her success was given and in 1956 Berith Bohm was offered permanent employment at Stora teatern in Gothenburg where she remained until 1969, after her debut in Lilla Helgonet.

After that she was inundated by the great roles of operetta, in La belle Hélène, The Gipsy Princess, The Merry Widow, and The Land of Smiles. She had opera roles in her repertoire as well, and sang in La Bohème, Porgy and Bess, Carmen, King for a Day, Britten’s A Midsummer Night’s Dream and the premiere of Gösta Nystroem’s Herr Arnes penningar in 1961. The conductor Styrbjörn Lindedal and the voice teacher Ingeborg Berling tried to persuade Berith Bohm to continue with opera, but her courage failed her. During her career, she was also a guest singer at the Volksoper in Vienna, with Per Grundén, as well as in Hamburg and Helsinki at the Swedish Theatre.

In her heyday, Berith Bohm had a marvellous voice, pure in timbre and free of vibrato on her high notes. This along with her feminine appearance, great acting talent and brilliant diction made her perfect for prima donna roles.

At the beginning of the 1980s, Berith Bohm acquired a partly new career in speaking roles. At the Komediteatern at Gröna Lund in Stockholm, she had to stand every evening and, as she said, “fry pork” in Vilhelm Moberg’s Marknadsafton. She participated in the TV series Storstad, Hylands hörna and Allsång på Skansen. Her favourite was however and remained the title role in Kiss me Kate. Berith Bohm, who was also a sublime ballad singer who performed regularly at homes for the elderly, grieved deeply over the decline of operetta and loathed the “vile updates” of modern times, as she called them.

“Feelings are born in song!” as prima donna Berith Bohm often said in interviews. Nothing could be truer when one experienced her on the stage. Every cadence and every word felt authentic. She was a great and genuine artist of the stage. 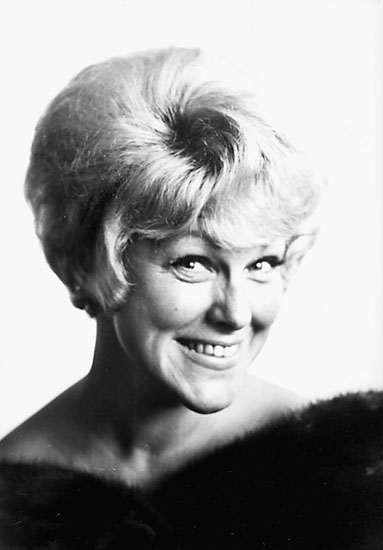