Birgit Cullberg is one of Sweden’s most famous choreographers. She became internationally renowned through the ballet Fröken Julie (Miss Julie), which has been performed by a range of major ballet companies. In 1967 she set up the Cullberg Ballet and it became one of the greatest Swedish international successes.

Birgit Cullberg grew up in a well-to-do home in Nyköping, along with her father Carl Cullberg, a bank manager, her mother Elna and her older sister Astrid. Art, culture, and politics formed a part of her everyday life. Both of her parents were involved in the city council as representatives of Högerpartiet (a right wing party). Her father was also active with Teaterbolaget and Nyköping föreläsningsanstalt. Her mother was very interested in the arts but never had the opportunity to become an artist herself despite her considerable talents. She was very active in various social issues, as well as the women’s movement and the struggle for women’s suffrage. Ellen Key was just one of several well-known figureheads of the women’s movement to visit Birgit Cullberg’s home in Nyköping.

As a child Birgit Cullberg particularly enjoyed dressing up and directing her friends when they played together. She made music and drew, including caricatures, and took dance classes in the summertime. Once she had completed her schooling at Nyköping Elementarskola för flickor (an elementary school for girls) she devoted a year to drawing and then, in 1927, travelled to Stockholm in order to attend Konstskolan (art school).

Birgit Cullberg’s mother died of cancer in the spring of 1929. Birgit Cullberg returned to Stockholm and gained her school-leaving certificate in 1931. She then began to study literary history at Stockholm College. While studying she also took ballet classes with Vera Alexandrova, who had come to Sweden following the Russian Revolution. From 1932 to 1935 Birgit Cullberg studied expressionist dance with Jeanna Falk. She also studied with Lilian Karina, with whom she later wrote Balettskolan, 1960.

Having gained three marks in literary history Birgit Cullberg decided to travel to England. There she attended a summer dance course at Dartington Hall in Devon, led by Kurt Jooss- Leeder and Sigurd Leeder. Jooss-Leeder, in particular, became very important to Birgit Cullberg’s artistic development. A few years earlier he had won a prize for his work entitled Gröna bordet, but had shortly thereafter been forced to flee Germany and had come to England. Birgit Cullberg stayed on longer at Dartington than she had initially intended and only returned to Sweden in the spring of 1939. This was just before the outbreak of the Second World War.

After her return to Sweden Birgit Cullberg made her living as a dancer, working in various revue shows such as Taggenrevyn, Karl Gerhard’s revues, at Liseberg in Gothenburg, and Paletten-kabarén in Oslo. From 1940 1942 she was Karl Gerhard’s ballet master. She began to gain attention through her political awareness, in particular throgh “Kulturpropaganda”, a satirical ballet scene which appeared in the revue called Gullregn. She tried to set up an independent dance theatre, Cullberg Ballet, and succeeded in organising a group of dancers to perform at the Stockholm Konserthus. The Cullberg Ballet was generally favourably reviewed. In 1944 the group toured as part of Riksteatern. She later set up Svenska Dansteatern with Ivo Cramér.

In 1942 Birgit Cullberg married the actor Anders Ek. They had their first child together the following year, a son named Niklas, and two years later their twins Mats and Malin were born. The marriage did not last and Birgit Cullberg subsequently lived as a single mother with a professional career. She maintained her friendship with her children’s father.

Birgit Cullberg’s choreographic output is extensive. Her dramatic dance theatre expressed a strong sense of pathos and often portrayed injustices and oppression. Another recurring theme was human relations, including love and eroticism. Her ballets also had plenty of scope for humour and playfulness. The form of expression encompassed the bombastic, naïve, and brusque as well as refined sensitivity. She also left space for her own personal experiences. Her choreographic interpretation of August Strindberg’s Fröken Julie is considered to be her breakthrough piece. Fröken Julie premiered in Västerås on 1 March 1950. Elsa Marianne von Rosen danced the title role, and this alone gave rise to great attention. Julius Mengarelli danced the part of Jean and Birgit Cullberg herself danced the part of Kristin. The work’s great success led Kungliga Teatern (now Kungliga Operan, the Royal Opera) to reintroduce Fröken Julie into its repertoire. Birgit Cullberg was invited to hold the rehearsals whilst Elsa Marianne von Rosen danced the title role as a guest.

Fröken Julie has become dance history and is considered to be one of the most important works of Swedish ballet. The ballet has been performed on many of the world’s great stages and has been danced by prestigious companies in Europe and in the USA. In 1958 it was performed at the Metropolitan in New York for the first time. The parts of Julie and Jean have attracted and been danced by many international ballet stars. Birgit Cullberg used the techniques of classical ballet merged with modern dance expressionism in Fröken Julie and this allowed for a new approach, which came to inspire a range of famous choreographers.

Two years after her success with Fröken Julie and an extensive tour of Sweden Birgit Cullberg released the book Baletten och vi, 1952. In the book she not only introduced the art of dance from the perspective of diversity but also analysed Fröken Julie and discussed Strindberg’s play in relation to her own work.

In 1956 Birgit Cullberg left Kungliga Teatern as her contract was not renewed. She was then hired by Det Kongelige Teater in Copenhagen, where she created her second major piece, Månrenen, 1957, with newly composed music by the Danish composer Knud Aage Riisager.

Birgit Cullberg had a strong sense of the contemporary and was not afraid to try new methods. She very quickly latched onto television as a medium she found interesting. In 1961 she created Den elaka drottningen, made directly for TV, and it won the Prix Italia. This was the first time that Sveriges Television was awarded the prestigious prize. Birgit Cullberg made the new medium her own and experimented with it in order to create a stage space which was based on the two-dimensional format of the image. She viewed the screen like a framed picture, drew each image and decided where it should be cut. In other words, she was prepared to the last detail when she arrived in the studio. Birgit Cullberg’s work caught on internationally and inspired the likes of the BBC to invest in original work to be shown on TV. Birgit Cullberg was hired by TV companies in the USA and in Norway, and in 1969 the Cullberg Ballet became a permanent ensemble tied to TV2. She used the chroma key technique for the TV ballet Rött vin i gröna glas, 1970. Once again, Sveriges Television was awarded the Prix Italia due to Birgit Cullberg’s work.

The Cullberg Ballet was established in 1967 and became part of Riksteatern. The company undertook national tours and received international bookings. The way in which the company was set up was used as a role model for a range of new European companies. Young choreographers were invited by the Cullberg Ballet to test their wings and a remarkable number of them went on to have successful careers. Birgit Cullberg also gave her own son, Mats Ek, the opportunity to choreograph a ballet. His debut piece as a choreographer was Kalfaktorn, 1976. That same year Birgit Cullberg was invited to Kungliga Teatern in order to enable collaboration between the Cullberg Ballet and the Opera ballet dancers in a work called Rapport, set to music by Allan Pettersson. The following year Birgit Cullberg danced the part of Mother Africa in Mats Ek’s Soweto.

In 1985 Birgit Cullberg departed from the Cullberg Ballet, but continued to create ballets.

Birgit Cullberg died in Stockholm in 1999. Her remains are at the memorial ground of The Woodland Cemetery in Stockholm. 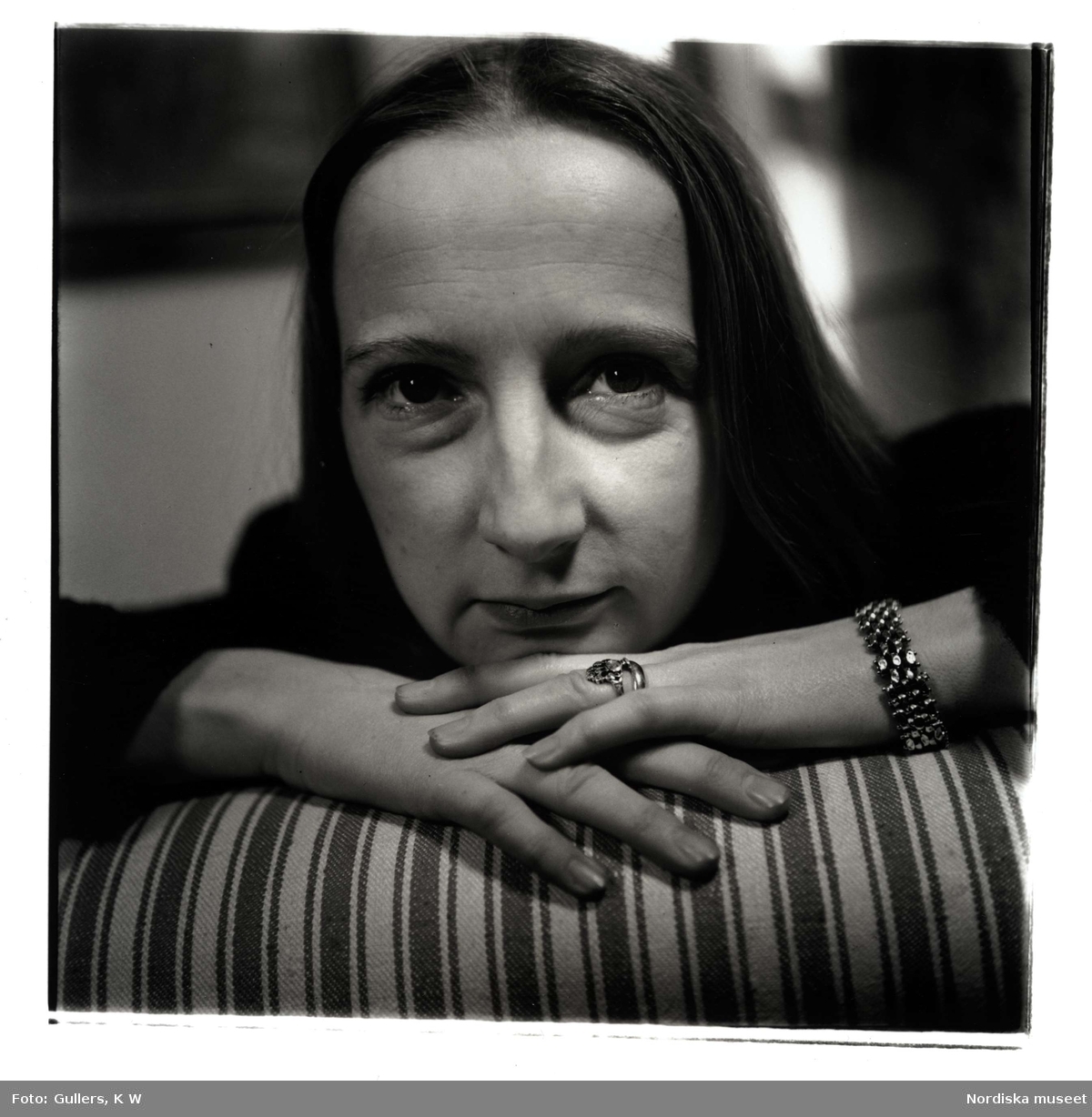