Birgit Herngård set up and ran the school cookery training programme in Umeå.

Birgit Herngård was born in Härnösand in 1910. Her father, Erik Eriksson, was originally from Jämtland. He had trained as a teacher in Härnösand and took the name Herngård, inspired by the town name. Her mother, Anna (née Kullamn), was originally from Tåby near Söderköping. The couple had three children in rapid succession, one son and two daughters. Birgit Herngård was the middle child. She attended public school for four or five years and then attended the Härnösand girls’ school for a full seven years. Once she had completed her schooling Birgit Herngård spent a year working as a nanny in France.

Upon her return to Sweden Birgit Herngård moved to Stockholm. There, in 1930, she began a two-year course at Statens Skolköksseminarium (school-cookery training programme). Having completed the course she moved to Fredrika in Västerbotten and began working at a school. She made friends with Berta Hansson, a fellow teacher who was the same age as her and who later became an artist. After a year of teaching in Västerbotten Birgit Herngård returned to Stockholm where she was employed by Statens Skolköksseminarium. She spent 15 years teaching there. She moved to Umeå in 1948, having been recruited by Gösta Skoglund, a Social Democratic regional council politician and later curate from Umeå.

Birgit Herngård left her mother and sister behind when she moved to Umeå. Her mother, now a widow, had shared her small apartment in Johanneshov with Birgit Herngård until her daughter moved north. Birgit Herngård’s younger sister, Ann-Mari, who had recovered from tuberculosis in 1947, then moved in with their mother and took over running the family home.

In Umeå Birgit Herngård devoted herself to her work. She became a much-loved principal and a good teacher as displayed by her considerable empathy for and understanding of the younger generations and her great confidence in her co-workers. In her roles as boss and colleague she was both encouraging and supportive, albeit she was very restrained with regard to her private life. Birgit Herngård liked to withdraw both to read and to spend time in the outdoors, walking and skiing. She was considered to be very sporty.

The school-cookery training programme, which began in the autumn of 1948 under the aegis of the regional council, was a two-year course which had sixteen students. Before it became a nationalised programme in 1961 the number of students increased and in 1953 the name was changed to Seminariet för Huslig utbildning (domestic-science training programme). This reflected the inclusion of a female teacher-training programme for handicrafts, originally begun in 1954, into the original programme. In 1965 a further addition to the programme was made involving child-care training. When the college education reforms were introduced in 1977 Birgit Herngård was retired and no longer engaged in the enterprise. At this point the institution became incorporated within the university and was renamed Institutionen för hushålls-, textil-, och barnavårdsutbildning, HTB (institute for domestic sciences, textiles, and childcare training).

Initially the Umeå school-cookery training programme was situated in temporary premises within the cellar of the former public-school training programme. The state donated part of the former programme’s large farm to serve as a building plot for the construction of better premises for the cookery school. Birgit Herngård was heavily involved in the building process. The school-cookery training programme also became somewhat of a role model for other similar institutes. Birgit Herngård worked with the architect Nils Tesch, who designed the building, and with Carl Malmsten, who was responsible for the interior. Meanwhile Walter Bauer, a landscape gardener, managed the outdoor areas. On 12 May 1955 the school-cookery training programme opened with pomp and ceremony. Prime Minister Tage Erlander gave a speech and the presence of Sibylla, Duchess of Västerbotten, added glamour to the day. Sara Lidman read out a poem entitled “Sång till brödet”. Birgit Herngård felt both pride and happiness.

Birgit Herngård, who had lived on her own for most of her life, spent her final years in a home for the elderly in Umeå. She died in 2003, aged 93. She was buried at the memorial garden of Norra kyrkogården (the Northern Cemetery) in Umeå. 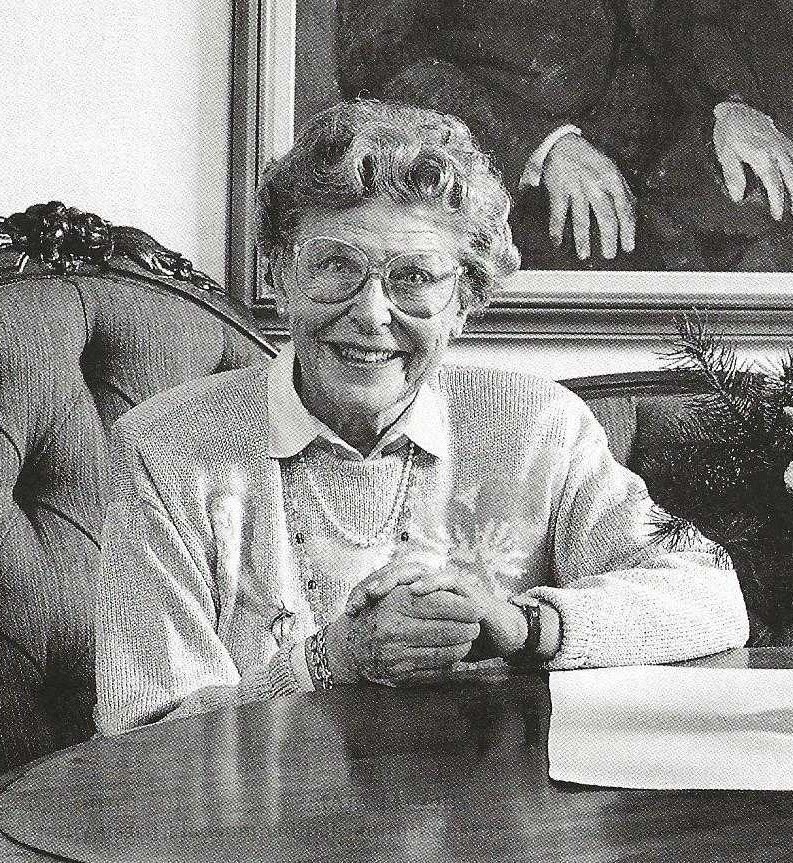