Brita Skötsner was a farm girl from Backa in Rättvik parish who became a society photographer in Östhammar and Öregrund.

Brita Skötsner was born in 1864 in Backa, the daughter of Brita Hansdotter and her husband Eskils Hans Andersson. With the traditional naming in Dalarna, the child was called Eskils Brita Hansdotter. She married Anders Skötsner from Vikarbyn in 1886. He was originally named Skött Anders Jonsson but like his two brothers took the name Skötsner. His neighbours in Mårsbacken in Vikarbyn were the photographers Gudmund Berg and his daughter Märta Berg. Anders Skötsner had learnt how to take photographs from Finn Lars Larsson from Västbjörka, later court photographer. In about 1878, he started to take photographs on his own and until 1887 he had a photography atelier in Rättvik.

Brita Skötsner was also a photographer, and in connection with her marriage, her husband moved to live with her in her parents’ home in Backa. She had a cousin, Eskils Emanuel Hansson from Söderås, who also became a skilful photographer after she had taught him the art. Brita Skötsner worked for a short time in her husband’s atelier in Rättvik before they both moved in 1887 to Östhammar. The Skötsners moved because they considered that the competition was too great in Rättvik since there were so many photographers there. Perhaps it was their neighbour Gudmund Berg who influenced the choice of place since he had lived for a while in the neighbouring town of Öregrund.

According to information from the Svenska Fotografers Förbund’s (SFF) members’ registers from 1899 and 1911, Anders Skötsner established himself as early as 1885 in Alunda, 1886 in Harg and 1887 in Östhammar. He may have been active in these places even if he did not live there until 1887. On the back of his business cards stood the following: “Fotografi-Atelier A. Skötsner, Rättvik. Plåten förvaras för efterbeställning. Utförer allt hvad fotografier hörer. Förminskningar och förstoringar efter portätter och tekniska & produktionsritningar. Interiörer, landskap & kopieringar efter fotografier, målningar, konst & merkantila föremål. Omsorgsfullt arbete. Priserna pr. kontant.” (“Plates are kept for reorders. Carries out everything in photography. Reductions and enlargements after portraits and technical & productive plans. Interiors, landscapes & copies after photographs, paintings, art and mercantile objects. Conscientious work. Prizes cash payment.”) It is probable that Brita Skötsner also worked in the atelier even if she did not have her name on the business cards. After only eight months in Östhammar, Anders Skötsner died, only 26 years old, and then Brita Skötsner took over the atelier. To begin with, she had help from the photographer Finn Anders Larsson from Vikarbyn who lived in Uppsala. He was the brother of Finn Lars Larsson for whom Anders Skötsner had been an apprentice. The Rättvik photographers were thus always helpful even after they had moved from their home town.

In 1893, Brita Skötsner married again, this time Per Elis Edlundh from Forsmark. They had met when Brita Skötsner photographed King Oscar II’s visit to Öregrund and Östhammar. Her husband’s brother Josef Edhlund was also a photographer in Östhammar. Brita Skötsner was a skilful photographer and she taught her husband the art of photography. They then had the atelier named Skötsner-Edlundh together from 1893 in Östhammar. They also had branches in the summers in Öregrund and Gimo. During the bathing house epoch in 1880–1930 there were many wealthy bathing guests who came from Sundsvall, Gävle, Uppsala and Stockholm to Öregrund and Östhammar sea bathing resorts to drink the waters and bathe in the cold and hot baths, but also to take part in the lively social life of the resorts. Many chose also to have themselves photographed by Skötsner & Edlundh.

When Brita Skötsner-Edlundh died in 1926, her husband continued to run the atelier. 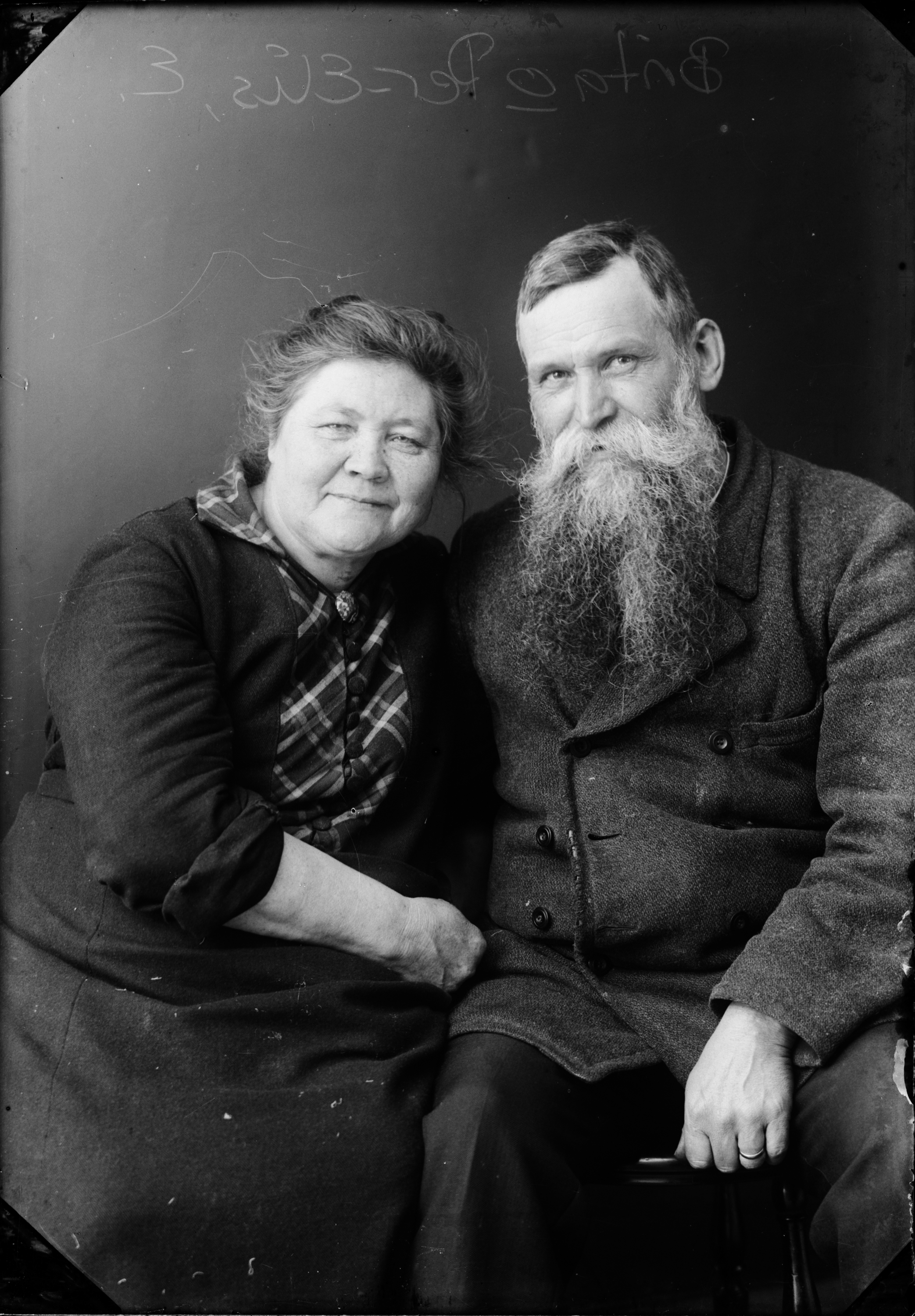