Calla Curman was a key figure within Stockholm’s cultural life towards the end of the 1800s. She was also a significant financial donor.

Calla Curman was born in Jönköping in 1850. She was the only child of Carl Frans Lundström, a businessman and enterpriser, and Sofie Malmberg. Initially the couple led a fairly simple lifestyle, eking out their income by purchasing and then selling on lingonberries to Great Britain. Calla Curman’s mother also maintained a life-long involvement a variety of charitable efforts. During the 1840s Calla Curman’s father, with the help of his brother Johan Edvard Lundström, developed what became known as Swedish safety matches which could then be factory-produced and be commercially distributed. In 1845 the Lundström brothers erected a match-making factory in Jönköping and within a few years they were running a global industry. This meant that by the time that Calla Curman was born her family was relatively wealthy.

In her memoires, recently reprinted in 2006 and entitled Minnen, Calla Curman recounts that her childhood was a comparatively lonely one. She was an only child and only rarely met children her own age as she was privately tutored in her home. This sense of loneliness may have been exacerbated when she, aged 12, and her parents moved to Stockholm. Her father had been appointed head of the Carlsvik textile factory. Calla Curman’s education comprised lessons in French, English, and in literature.

Further to her literary skills Calla Curman revealed a musical talent at a young age and it was thought that she would further develop her musicality. However, when Calla Curman was just seventeen years old she entered into her first marriage and this brought an immediate end to her musical prospects. She married Adolf Liljerot, a doctor who was fourteen years her senior, in what appears to have been a happy union during which the couple had two children. Adolf Liljerot unexpectedly died just seven years into the marriage, leaving Calla Curman a widow at the tender age of 24. Calla Curman’s parents sought to comfort their heavily grieving daughter by taking her on a journey to Italy a few years later. It was on this journey that Calla Curman met the second man she would marry, Professor Carl Curman. She lived with him until his death in 1913 and they had four children together.

Calla Curman’s life’s work can be divided between both the cultural and natural spheres. Her articles not only frequently appeared in the Aftonbladet newspaper but she also wrote for her friend Sophie Adlersparre’s organ Dagny and released the aforenoted memoires, Minnen. Calla Curman also made a huge cultural impact by hosting salons. During the 1880s and 1890s she and her husband would host authors, artists, and scientists in their home at Floragatan 2 in Stockholm. The intention was to set up interesting meetings and discussions between contemporary cultural celebrities and scientists. These events came to be known as ‘the Curman receptions’ and tended to be held on two evenings in the autumn and three evenings during the winter and they became quite famous. The guests included the pick of the contemporary artistic and academic intelligentsia, such as Sonja Kovalevsky, Ivar Afzelius, Nils Linder, Harald Wieselgren, Gustav Cederström, August Malmström, Olga Björkegren, Ellen Hartman-Cederström, Anne Charlotte Leffler, Viktor Rydberg, Karl Snoilsky, Sophie Adlersparre, Agnes Branting, Anna Hierta-Retzius, Agda Montelius, and Ellen Key. Calla Curman’s mother Sofie was also present at many of these receptions. Calla Curman would express her musicality at these occasions. She would sing and play guitar and piano for her guests. It is said that after one such evening Calla Curman came up with the idea of setting up a female equivalent to Sällskapet Idun (the Idun society). With the help of Ellen Fries, Hanna Winge, Ellen Key, and Amelie Wikström by setting up Sällskapet Nya Idun (the new Idun society) she brought her idea to fruition in 1885.

Whilst these Stockholm receptions provided a release for Calla Curman’s artistic and intellectual streaks she would indulge her interest in nature during her summer visits to Lysekil, the west coast Swedish swimming resort where she, in the company of her husband and children, spent most of her summers in the 1880–1930 period. The particular ancient-Nordic style houses, which Calla Curman and her husband had constructed, still provide a special view in the town. Calla Curman, who was a keen wanderer, went on long nature walks and was particularly keen on the granite cliffs at Stångehuvud. She and her husband both worriedly followed the developing quarrying industry in the area. After her husband’s death Calla Curman was able to, bit by bit and often through the use of an intermediary to keep the fact that each acquisition was being made by the same individual, purchase Stångehuvud. In doing so she safeguarded a unique natural site for posterity. On 3 November 1925 she donated the area to Kungl. Vetenskapsakademien (the royal academy of sciences) and also founded the Carl and Calla Curmans stiftelse (foundation) whose purpose was to be in charge of caring for the aforenoted nature zone. In 1982 Stångehuvud became a designated nature reserve.

Calla Curman also donated money to numerous nature- and cultural organisations such as Bergianska trädgården (garden), Fredrika-Bremer-Förbundets lantbruksskola (the Fredrika Bremer association agricultural school), Historiska museet and Egyptiska museet, both in Stockholm. Calla Curman was very active within a number of societies, for example serving on the board of Handarbetets Vänner (friends of handicrafts society), of the Stockholms läsestuga (reading society) from 1898–1900, and of Samfundet för unison sång (the choral society) from 1908–1915. Calla Curman was also active within Riksföreningen för svenskhetens bevarande i utlandet (the national association for the preservation of Swedishness abroad), a society which did its utmost on behalf of promoting Swedishness and the Swedish language amongst the Swedish diaspora. She served on the local executive of the association’s Stockholm division from 1918–1924 and became an honorary member in 1928.

Calla Curman died in Stockholm in 1935. She is buried at the Norra cemetery in Solna. 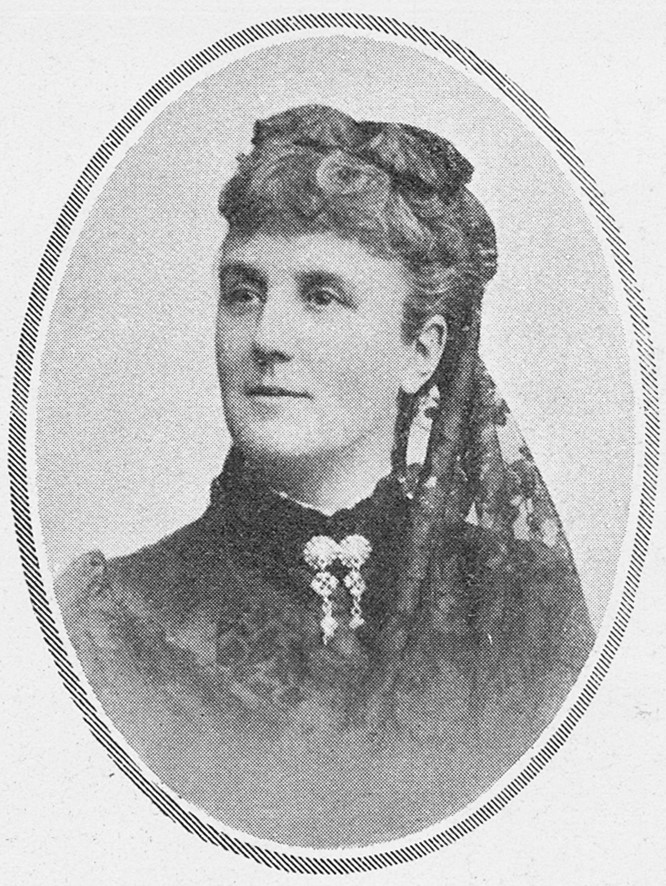