Carola Eneroth was a teacher, a schoolmaster, and a pioneer in training pre-school teachers.

Carola Eneroth was the daughter of a wholesale merchant in Gothenburg. She grew up with two sisters and two brothers and received a thorough education. She began as a pupil at Nya Elementarläroverket för flickor in Gothenburg and continued at the Åhlin school in Stockholm. From 1884 to 1885 she was in Hamburg studying German language and literature. Upon her return to Sweden she did a course at Tekniska skolan in Stockholm. She then returned to the Åhlin school to take a seminar course before she began training at Kungliga Högre Lärarinneseminariet (the Royal Advanced Female Teachers' Seminary) in 1887.

After graduating in 1890 Carola Eneroth began to work as a teacher at Majorna elementarläroverk för flickor in Gothenburg. Simultaneously she began studying at Göteborgs högskola. In 1897 she started teaching at Uppsala Enskilda läroverk and the following year she became the school’s director. This entailed responsibility for the course which was set up in 1912 and which is considered to be the forerunner of pre-school teacher training in Uppsala. In 1921 this course moved to an independent institution which was initially called Insitutet för etisk fostran but was subsequently renamed Etisk-pedagogiska institutet, and of which Carola Eneroth became the director. She was also a member of the institute’s board, along with Professor Johan August Lundell, the principal of Uppsala enskilda läroverk, and Ida Norrby, the director of Fackskolan för huslig ekonomi (a vocational school for home economics) in Uppsala.

In addition to her role as director of Etisk-pedagogiska institutet Carola Eneroth continued as teacher and director of Uppsala Enskilda läroverk; she resigned from her role as director in 1928. Carola Eneroth remained the director of Etisk-pedagogiska institutet until 1936. As a teacher she made a wide range of contributions. On the one hand she taught languages and introduced an inductive teaching method, amongst other things. She was involved in setting up a modern languages orientation in the high school section of Uppsala Enskilda läroverk in 1924. On the other hand she was interested in the practical aspects of teaching and ensured that weaving and home economics were given prime importance in girls’ lessons at the school. At Etisk-pedagogiska institutet she taught pedagogy and hygiene, and the subjects covered ranged from family relations and the role of the wife in the home to sex education for children and medical aspects of parenting.

On top of teaching, Carola Eneroth also published a couple of books on linguistics. Her interest in languages was still apparent when she was in her 50s: at that point she began to teach herself Russian.

Three of Carola Eneroth’s siblings followed in her footsteps and became teachers. One of her sisters, Andrea Eneroth, was a textiles instructor and ran a course in handicrafts in Stockholm. Her other sister, Teresia Eurén, was a teacher at Uppsala högre elementarläroverk for girls from 1890 to 1896 before becoming an author and translator. Her brother, Anders Otto Eneroth, worked as a secondary school teacher.

Carola Eneroth died in 1940. She is buried at the Gamla cemetery in Uppsala. 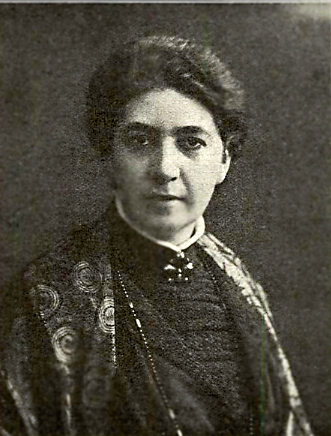