Cecilia Bååth-Holmberg was an author, translator, popular educator and promoter of public morality. She also took the initiative to introduce Mother’s Day in Sweden.

Cecilia Bååth-Holmberg was born in Malmö in 1857. Her father — who died in an accident when she was very young — was a vicar. Her mother’s family came from Germany. Her religious home and Germanic heritage imprinted themselves on Cecilia Bååth-Holmberg’s life, and also on her views on culture and society at large. She was strongly conservative, and participated in the nationalistic currents dominating Europe during the decades around 1900.

Cecilia Bååth-Holmberg married Teodor Holmberg in 1877 and moved to the northern Swedish province of Västmanland where her husband was appointed as the first principal of the newly started Tärna Folkhögskola (Folk High School). The couple were prominent and well-liked personalities in the world of popular education and they were active as lecturers and debaters on issues concerning education, society and culture. They ran Tärna Folkhögskola for 36 years. Over and above her role as the principal’s wife, Cecilia Bååth-Holmberg was also actively engaged in the courses, especially those aimed at women students. She herself led Tärna Folkhögskola’s domestic science education.

Cecilia Bååth-Holmberg was a very productive writer. As an author, she wrote a great number of fictional works, like for example the short story collection Pepita och andra berättelser in 1899, and I häfdernas hall: Verklighetssagor för de unga in 1900. She also wrote nonfiction, for example travel descriptions from Öland, Västmanland and several other Nordic places, as well as biographies of prominent historical persons such as Guiseppe Garibaldi and King Karl XV of Sweden. All her works are coloured by Cecilia Bååth-Holmberg’s national romanticism. She was also very productive as a translator, translating from Norwegian, Danish and German to Swedish. One of Cecilia Bååth-Holmberg’s most spread translations is the Swedish version of the psalm Härlig är jorden.

The Bååth-Holmberg couple were also strongly engaged in the discussions about public morality that were raging in Sweden around 1900. They saw the new culture and literature of modernity as immoral, damaging and decadent. Among other things, Cecilia Bååth-Holmberg was a driving force in the campaigns that were initiated against so-called “Nick Carter literature”. Her success in these campaigns seems to have inspired her conviction even more, for soon afterwards the couple took yet another step in their ambition to counteract the “corruption” of Swedish culture.

In an article published in the daily newspaper Stockholms Dagblad in 1908, under the heading “The Cultural River of Slime”, Cecilia Bååth-Holmberg attacked the negative effects of literature and the press on people’s morality, and exhorted readers to action. The year after, she and her husband created an organisation the goal of which was to raise the level of Swedish public morality: Swedish National Association for Moral Culture (Svenska riksförbundet för sedlig kultur). It was influential in society in 1909–1930 by means of its publication series, lectures and a programme called Förädlande folknöjen (“Ennobling popular pleasures”). This was based on a brochure written and compiled by Cecilia Bååth-Holmberg in 1928, with over 118 programmes for “Reading aloud soirées” for which groups could order material in order to organise a “Tegnér Evening”, for example, or an evening with the theme “From the days of the Empire”.

Cecilia Bååth-Holmberg was the most central person in the organisation, not just its initiative-taker but also as chairwoman during the first years and then secretary until her death. She was also an energetic writer in the organisation’s membership magazine, from 1915 on entitled På Vakt (“On Guard”). Cecilia Bååth-Holmberg contributed reviews to it of what she considered to be good and edifying literature, as well as raging polemics against those who spread the modern ideas that she imagined to be so dangerous. Particularly hard criticism was aimed at the author Hjalmar Söderberg’s works and Ellen Key’s societal ideas.

One of Cecilia Bååth-Holmberg’s last initiatives in the Svenska Riksförbundet för sedlig kultur* was the introduction of Mothers’ Day in Sweden in 1919. She was inspired by the celebration that took place in other countries, and was of the opinion that it was important to have a special day for an annual celebration of the traditional mother since her role of caring for children laid the foundation of a good society. Although Cecilia Bååth-Holmberg never had any children herself, she was promoted within the organisation as being the ideal type of mother.

In 1920, Cecilia Bååth-Holmberg died after a period of illness. She is buried at Solna Cemetery. 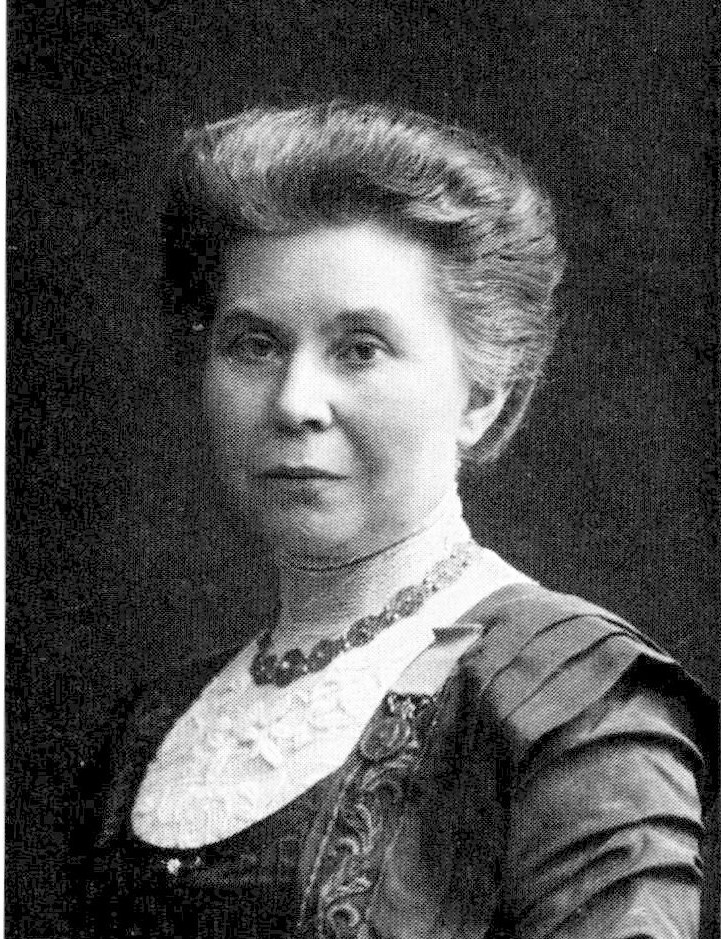