Cecilia Blanche Charlotte Dickson was a philanthropist who was also responsible for the building of Tjolöholm Castle.

Blanche Dickson was born in 1852, and she grew up mainly on the family’s country estate Kyleberg in the province of Östergötland. Her father was Axel Dickson, a member of parliament, and her mother was Charlotte Dudgeon. Both parents had Scottish roots and Blanche Dickson’s language of conversation throughout her life was English. The Dickson family had emigrated to Sweden in connection with the Napoleonic Wars at the beginning of the 1800s, and would during the coming century come to belong to the leading social strata in Gothenburg.

When she was 22, Blanche Dickson married her cousin James Fredrik Dickson, who was a merchant and also crown equerry to King Oscar II. The married couple lived in an apartment at Stora Nygatan 7 in Gothenburg. Their daughter Blanche Charlotte Eleonore Dickson was born in 1875. By marrying an Earl, Carl Bonde, she became a member of the Swedish nobility.

The Dicksons bought Tjolöholm in the northern part of Halland county as their summer residence in 1892. The existing residence on the site turned out to be in bad condition and the couple planned a new building that would better suit their anglophile tastes. The new manor house was to be built in neo-Elizabethan style and a jury was appointed to evaluate the proposals from different architects. Blanche Dickson did not however choose the jury’s first candidate but decided that the plans of the young architect Lars Israel Wahlman were to be implemented in designing both the manor house and the garden. Tjolöholm Castle was one of the last great manor houses to be built in Sweden.

Before the building of the manor house could even be started, James Fredrik Dickson died suddenly of blood poisoning. Blanche Dickson thus had sole responsibility for the six years it took to complete the manor house. After visiting Liberty’s in London, she chose to order a major part of the furnishings and fittings for the manor from there. They have been preserved to the present day and are in very good condition. In the castle park, she ordered the construction of a mausoleum for her dead husband, for which the sculptress Ida Thoresen executed the decoration.

Blanche Dickson was also involved in the surroundings of Tjolöholm Castle, where she organised the building of a so-called workers’ village. This type of small community was built with the aim of getting labourers to remain on the estate, as otherwise they often moved on account of inferior living quarters. The living quarters in the workers’ village were intended to fulfil housewives’ need for them to be easy to care for. Blanche Dickson handed out prizes each year to the housewives who had the cleanest and neatest home and the best cared for garden, respectively. A large, spacious cottage was also built as a community hall for the workers. It accommodated among other things a library, a crafts room and a schoolroom for the younger children. Also, the closest church was quite a way away, and Blanche Dickson did not want distance to affect the workers’ possibility to attend services. She therefore ordered the erection of a church close to the village to promote piety. She was a member of the English episcopal church and wanted very much to have a clergyman from her own denomination, for which she was granted permission by the Swedish state church.

Additionally, Blanche Dickson ordered the building of a convalescent home, according to her husband’s wishes. It was given the name Meryt and was opened in 1901. This home was one of the first of its kind in Sweden. It could be enjoyed by people without means who needed time for recreation after illness. The home was open to women one summer and men the next. During the six weeks’ long sojourn, food and lodgings were provided as were clothes and healthcare, without any cost to residents. Blanche Dickson herself visited the home every Sunday in connection with the service. In her last will and testament, she started a fund in memory of her husband, by means of which the continued running of the home was guaranteed. She also set up a holiday camp for poor girls from Gothenburg, and carried out charity work among the poor of Gothenburg, often with the help of the bible expert Maria Andersson, known as Auntie Mia.

In 1906, two years after the completion of Tjolöholm Castle, Blanche Dickson and her sister Caroline travelled to Ceylon to visit their brothers Axel and Oscar who were running a tea plantation there. During the voyage home, she fell ill with dysentery and died about a month before her fiftieth birthday. She was buried at sea in the Indian Ocean. 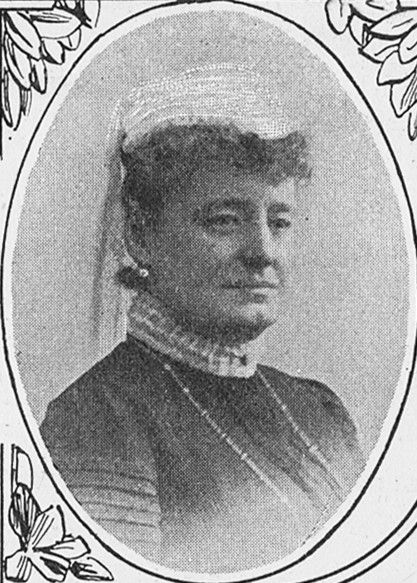