Cecilia of Sweden was a composer and a Swedish princess who later became Grand Duchess of Oldenburg.

Cecilia was born in the summer of 1807. She was the daughter of King Gustav IV Adolf of Sweden and his consort Queen Fredrika. She was the youngest of five siblings. Her godparents included the French king, Louis XVIII, and during her earliest years she was raised by a governess whose name was Charlotte Stjerneld.

Cecilia’s early childhood was marked by dramatic events. Before she had turned two years old a government coup deposed her father from his throne on 13 March 1809. This entailed the whole family being deprived of its Swedish citizenship. On the morning of Christmas Eve that same year the family departed from Sweden on a frigate named Camilla, which sailed out of Karlskrona harbour, never to set foot in Sweden again. They travelled via Copenhagen to Queen Fredrika’s native land of Germany.

As a result of this forced departure from Sweden the family became split in two. Cecilia’s father sought a simpler lifestyle whilst her mother wanted to reside close to her parents and the Grand Duchy in Baden, allowing her children to continue living in the same style into which they had been born. Cecilia’s parents separated in 1810 leading to the first ever divorce between a Swedish king and his queen.

Following the divorce Cecilia and her sisters had no further contact with their father and were instead primarily raised by their maternal grandmother, Amalie of Hesse-Darmstadt. Despite her comfortably wealthy surroundings Cecilia’s childhood was nevertheless described as simple and humble. Following her mother’s death in 1826 Cecilia, along with her brother Gustav and her sister Amelia, went to live in Vienna, Austria. Her remaining sister, Sofia, had initiated a family feud over the inheritance which resulted in her siblings breaking off contact with her.

Cecilia met Augustus, the Grand Duke of Oldenburg, in 1830. After a one hour conversation it was decided that the pair should marry. The wedding was held in Vienna on 5 May 1831 and by June the couple had already moved to Oldenburg. Cecilia, now endowed with a new title, became Grand Duchess of Oldenburg. This role included engaging in the cultural sphere, primarily the musical one. One of her compositions was a hymn for Oldenburg to which later a text, by the author Theodor von Kobbe, was added. Cecilia also financed the town’s first theatre, which was established in 1833 and is still in use today.

Cecilia developed puerperal fever after giving birth to her third son in 1844 and died soon afterwards, aged only 36. She is buried at the St Gertrud cemetery in Oldenburg. Cecilia’s name lives on in the Cecilia school, founded in 1867. Indeed, a square, a bridge, and a street named after her can all be found in Oldenburg. 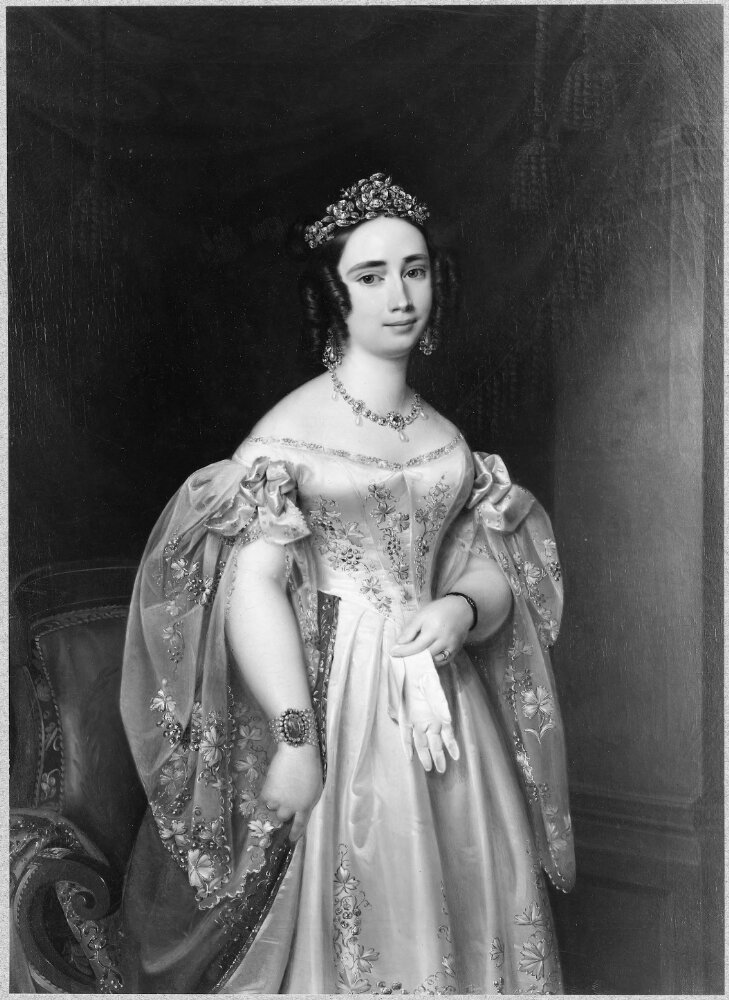