Celia Adler was one of the leading forces of Vita Bandet (White Ribbon), a temperance organisation. She founded and successfully ran the organisation’s temperance restaurants in Gothenburg.

Celia Adler was born Celia Beata Andersson in Lund in 1874. She came from an ancient Scanian family from Odal. Her parents were Bengt and Bengta Andersson. The family split up following serious bankruptcy in 1894 and her father took two of her siblings with him when he immigrated to the USA whilst Celia Adler, her mother, and her younger sister Bothilda moved to Gothenburg. In 1907 Celia adopted the old family name of Adler. Her mother, who lived off her earnings as a baker, ensured that Celia Adler was professionally trained for a career in handicrafts and then began working professionally as a handicrafts instructor.

Celia Adler joined the temperance organisation IOGT, the Swedish branch of the Independent Order of Good Templars (now the IOGT-NTO), when she was 19 years old. In 1898 she was one of the founders of Vita Bandet in Gothenburg and by 1901 she was already serving as its chair. She was the longest incumbent of that post and during her 26-year chairmanship Gothenburg’s Vita Bandet members developed a comprehensive social enterprise to provide care for women and children in difficult situations.

On Celia Adler’s initiative Vita Bandet proposed setting up an alcohol-free restaurant in Slottsskogen in 1908. This proposal generated heated conflict in the Gothenburg city council and the whole city took sides in the matter. Following the submission of a petition to retain full alcohol provision in Slottsskogen, signed by 6,000 people opposed to the idea of the restaurant, Celia Adler instigated a counter-petition which she described thus: “The temperance supporters immediately began a pro-temperance action, the like of which Gothenburg had never seen, and their petition collected 30,000 names in under a month.”

The temperance supporters were victorious by dint of one extra vote in their favour and in January 1909 the stock company Vita Bandets Nykterhetsserveringar was established with Celia Adler at its head. Vita Bandet opened the doors of their alcohol-free restaurant in the Winter Pavilion on Walpurgis Night 1909. Celia Adler served as director of the enterprise. The Slottsskogen restaurant had previously been a café of ill repute where beer was served so Vita Bandet members were prepared for eventual trouble and disturbances. Thus, Celia Adler initially, for safety’s sake, carried both a police whistle and went about accompanied by a Great Dane hound. During peak season at the restaurant Celia Adler ran a corps of staff numbering over 100 people. Further to running the restaurant she also ran a bakery which supplied the restaurant with all required baked goods. From 1915 to 1925 Celia Adler also ran another alcohol-free restaurant at Kungsgatan 41 in central Gothenburg.

Emilie Rathou, Vita Bandet’s founder, believed that Celia Adler had a “rare organisational talent” while her close friend and fellow Vita Bandet member, Elin Sundberg, described Celia Adler’s leadership in these words: “A person’s ability to manage such a heavy load of work is not just down to talent and aptitude but also relies on their inner voice which can soften rough edges which would otherwise collide as people work together. It is Celia Adler’s ability to understand how others see things and to put herself in other people’s shoes which are exceptional traits”.

In addition to her temperance activities Celia Adler was also heavily engaged politically. She held municipal posts in Gothenburg and stood as a parliamentary candidate on behalf of the Free-minded National Association (Frisinnade landsföreningen) in both the 1921 and 1924 elections. She only just lost out by two votes in 1921 when standing for a position on the Gothenburg city council.

Celia Adler was an influential voice in Gothenburg who applied her expertise to debates and frequently gave public talks. The peace movement was another of her passions and she worked hard as a peace-activist as vice-chair of the Gothenburg section of Sveriges Kvinnliga Fredsförening (Swedish Women’s Society for Peace) along with Beatrice Dickson and Sophie Elkan. For many years Celia Adler worked closely with Frigga Carlberg and they sat together on committees, held debates and lecture evenings on peace and women’s civic political rights at which major personalities such as Gertrud af Klintberg and Emilia Broomé spoke.

Celia Adler died suddenly following only a couple of days of illness in 1931. She is buried at Västra kyrkogården (the Western Cemetery) in Gothenburg. Her life’s major achievement, the Vita Bandet restaurant in Slottsskogen, continued to operate successfully right up to 1986. 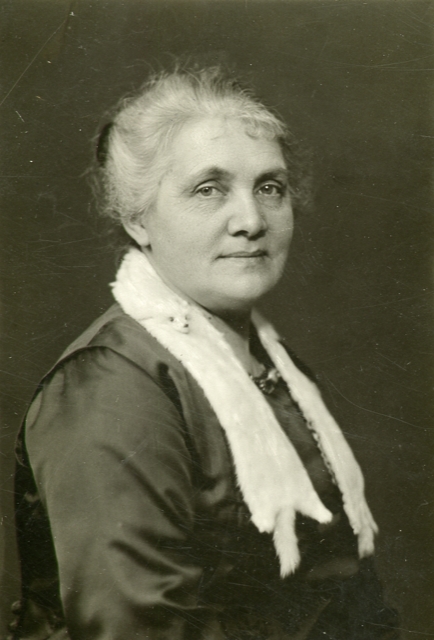