Charlotte af Tibell was a writer of short stories and hymns.

As a child, Charlotte af Tibell was given tuition privately and later attended the Wallinska girls’ school sometime after 1831, when the school was inaugurated in Stockholm. Her father died when Charlotte af Tibell was only twelve years old and her half-brother Napoleon died ten years later. Her half-sister Wilhelmina lived at Rönninge in the province of Södermanland until her death while Charlotte af Tibell grew up and lived for most of her life in Stockholm. After her father’s death, life was completely different both economically and socially for Charlotte af Tibell and her mother Sophia Albertina Cederling. They moved and lodged in other people’s households. Their income consisted of her mother’s widow’s pension. After a few years, they moved to the countryside in Sörmland where they lived close to Wilhelmina.

When Charlotte af Tibell was 31 years old, she was influenced by a life-changing conversion that inspired her to write Christian poetry. One year later, in 1852, she made her debut with the poetry collection Blommor vid vägen till Zion, under the signature C.T. The collection starts with the poem “Den fångne fågeln” that describes a bird that is not allowed to sing. It is clamped in her chest and longs to sing about matters of the heart, but for this there is not space in this life. In 1867, the second volume of Charlotte af Tibell’s collected poems appeared, but this time the theme was the Viking period and the first Christians who were converted after meeting Ansgar. The poems were written against the background of contemporary wars and unrest in the Europe of the time. The book was dedicated to Princess Eugénie, whom Charlotte af Tibell regularly met at sewing bees where they discussed the Christian faith, organised charity and arranged bible studies with invited guests (clergymen and preachers).

Two decades after her debut, Charlotte af Tibell published the fictional book Esther och Castenza in 1872, in which she humorously makes fun of the male egoism under which women become slaves. Perhaps this novel mirrored her view of marriage and is an explanation for why she herself remained unmarried. The novel may also be read as a dream about a world in which men and women are equal and in which love links them together. One moral of the story is that the deficiencies in the world depend on people not having been converted to Christianity properly, first and foremost men.

In 1873, her book Bibelns Qvinnor: tio taflor appeared, written with Lina Sandell-Berg. Charlotte af Tibell was over 50 years old by then and she also wrote Christian publications apart from books during the 1870s and 1880s, as in EFS’s Pilgrimsharpan: andeliga sånger that was edited by Lina Sandell-Berg (från 1889 Sions toner) in the Augustana Synod’s first edition in 1891 of the church song book Hemlandssånger for Swedes who had emigrated to America, and also in Svensk söndagsskolsångbok: För hem, skolor och barngudstjänster. The latter was a song book with a mixture of hymns and secular songs that was published in 1908, which is to say, posthumously since Charlotte af Tibell died in 1901. Of her texts, the following were published there: ”Hell dig, julafton, härligt klara” and ”Har du börjat”.

During the last years of her life, Charlotte af Tibell was ill, and towards the end she resided at Stockholms Sjukhem. She died there on 16 April 1901. 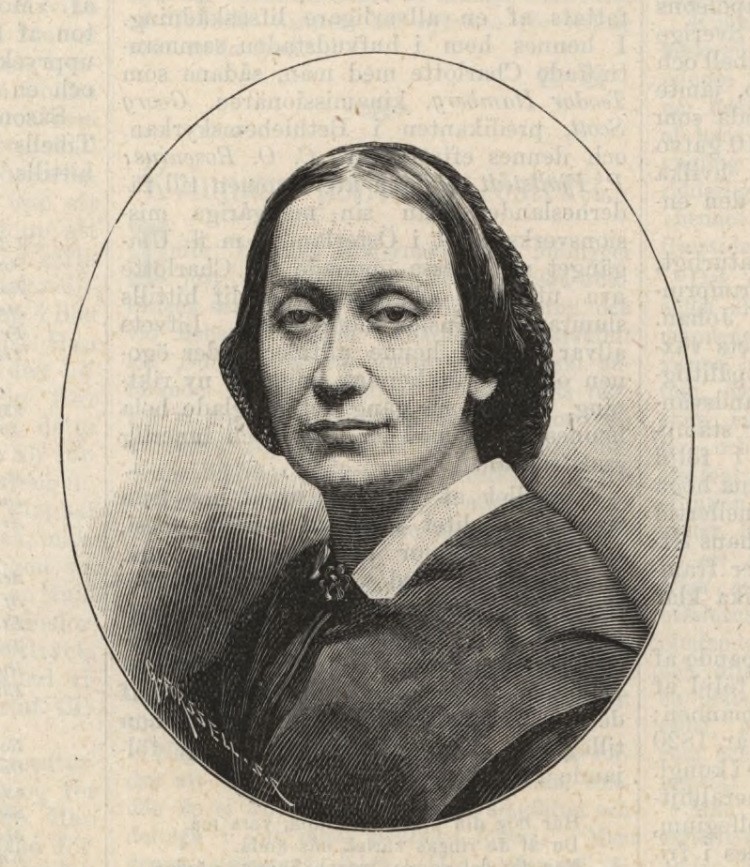