Elfrida Andrée was the first Swedish woman to become a qualified organist. She was also the first female cathedral organist and orchestra conductor in Sweden. She composed chamber music and major orchestral pieces.

Elfrida Andrée was born in Visby in 1841. Her father Andreas Andrée was a provincial doctor who worked in Visby. Her mother Lovisa Lyth came from a wealthy Gotland clerical family. Elfrida Andrée had two siblings, Fredrika and Tor. Their father ensured that both of his daughters were educated. Fredrika Andréen trained to be a singer in Leipzig. After a visit to England in 1851 Elfrida Andrée’s father suggested that she train as an organist. In 1855 she moved to Stockholm and a year later she sat her first organist’s exam at Kungliga Musikaliska Akademien (the Royal Swedish Academy of Music). She sat it as a private student as women were not yet formally allowed to train as organists. She sat her last exam in 1861 and was awarded top marks in all her subjects. She had by this point also studied composition with Ludvig Norman.

Elfrida Andrée succeeded in obtaining reforms to two employment laws. The first, in 1861, meant that women could apply for posts as organists (it was not until 1905 that women legally gained the right to work as cantors and to lead congregations in their singing). Elfrida Andrée began her first job as an organist in Stockholm in 1861 and in 1867 she, and seven men, applied for the post of cathedral organist in Gothenburg. Her application was successful and she held that post until her death in 1929. She was also the first woman in Sweden who trained in telegraphy and in 1865 a legal reform gave women the right to apply for posts and work as telegraphers. This later became a very popular career choice for women.

Elfrida Andrée was very active within the musical scene in Gothenburg. Her job entailed playing the organ at the Sunday church service, whilst other organists were responsible for other services. She was also responsible for tuning the organ and undertaking minor reparations to it. In addition to her job at the cathedral she also gave piano and organ lessons, mainly to young women. She was an active member of the salons, particularly S. A. Hedlund’s salon and those held by wholesale merchant Carl Levgren and his family.

Elfrida Andrée experienced a certain amount of opposition in her role as a female pioneer. She also found it difficult to get her musical compositions accepted. In 1865 Musikaliska Konstföreningen (the Swedish Art Music Society) published a piano quintet she had composed. Pieces were always submitted anonymously to Konstföreningen and when Elfrida Andrée’s name was revealed her musical piece was treated with a deafening silence. She composed her first symphony in 1869 but it was so poorly performed in Stockholm that both Elfrida Andrée and her sister Fredrika felt forced to leave the premises. Despite this the symphony received both favourable and critical reviews. Wilhelm Bauck, the most prominent reviewer of the day, believed, however, that the composition was “lacking”.

Upon reading John Stuart Mill’s book The subjection of women Elfrida Andrée gained the strength to continue on her chosen path. In 1871 she decided that the best way to show audiences that women were also able to write music was to compose orchestral pieces. She came up with a motto which remained with her for life: “It would be easier to tear a piece of rock from the cliffs than to separate me from my cause: to elevate women!”

Her work output intensified over the ensuing years. She participated in Hedlund’s salons, held her own salons with her students, and she wrote music. In the spring of 1872 she travelled to Leipzig to attend concerts and in the spring of 1879 she had a kind of breakthrough in Gothenburg with her piece called Snöfrid, written for choir and orchestra. Her friend Viktor Rydberg had written the text. “I composed, I conducted, I was applauded”, she wrote in a letter while also revealing that another conductor had attempted to prevent both the performance and her from conduction. That same summer she composed her second symphony, which was first performed in the spring of 1893 as intermission music at Stora teatern. Following its performance the audience applauded enthusiastically. The conductor was, however, able to prevent her from appearing on stage in order to receive the applause.

During the 1890s Elfrida Andrée became part of the Gothenburg establishment. She was in contact with the composer Agathe Backer Gröndahl in Norway and with Helena Munktell, Valborg Aulin, and Laura Netzel in Sweden. Laura Netzel lived in Stockholm and was actively engaged in the struggle to promote women’s music. In 1895 an exhibition was held in Copenhagen entitled Kvindernes Udstilling fra Fortid og Nutid (“women’s exhibition from days of yore and the present”) intended to inform the public on women’s lives and their work. A concert was to be given at the exhibition performing music written by women and Elfrida Andrée’s second string quartet was selected. However, it proved difficult to find women who could play string instruments. Following a search for women who both could and would play the piece it was eventually performed by four Nordic women. This was probably the first time a string quartet composed by a woman was performed publicly and by female musicians.

Elfrida Andrée achieved new feats during her final year of life. In 1897 she took over the planning and implementation of the public concerts of Göteborgs Arbetarinstitut (workers’ institute) and, along with her niece Elsa Stenhammar she held approximately 600 concerts, several of which were collaborations with Elsa’s cousin Wilhelm Stenhammar. She also gave organ concerts and in 1905 she also took on the role of cantor at the cathedral.

Elfrida Andrée has left us with 100 pieces of music, including the opera Fritiofs saga, 1895, for which Selma Lagerlöf wrote the libretto. The opera is composed in a mix of styles: late-romantic German with a hint of Wagnerian influences. Elfrida Andrée did not live to see it performed but during recent years it has enjoyed a certain renaissance, for instance through the Wermland Opera’s performance of it in 2013. Elfrida Andrée also wrote two symphonies in 1869 and 1879, composed in the German romantic style in the tradition of Felix Mendelssohn’s orchestral music. Her chamber music also resembles Mendelssohn, with the added input of Swedish folk romanticism. Of her pieces for piano and organ it is her organ symphony in b-minor, 1892, which is the most noteworthy. Of her vocal pieces, her two Swedish masses, 1902 and 1903, stand out. Elfrida Andrée’s music was only available in manuscript form until the mid-1990s, but since then several have been published.

Elfrida Andrée was a pioneer and a role model. The second female cathedral organist was employed in Skara, in 1987, a full 120 years after Elfrida Andrée’s period in Gothenburg. A matter of related interest is that a list of all the public school teachers, organists, cantors, and bell ringers then active in Sweden which was published in 1889 shows that only in Gothenburg could one find several women who were organists. They had all been trained and examined by Elfrida Andrée.

Elfrida Andrée was and remains a role model of composers. In 1921 she was elected onto the newly established Föreningen Svenska Tonsättare (Association of Swedish Composers), which had been set up in 1918 and up to 1970 only had three female members. Elfrida Andrée’s music was rarely played before 1990. However, during the most recent decades her music has come to be played in orchestral concerts, on the radio, in churches, and at chamber music concerts.

Elfrida Andrée died in Gothenburg in 1929. She is buried at Norra begravningsplatsen (the Northern Cemetery) in Solna. 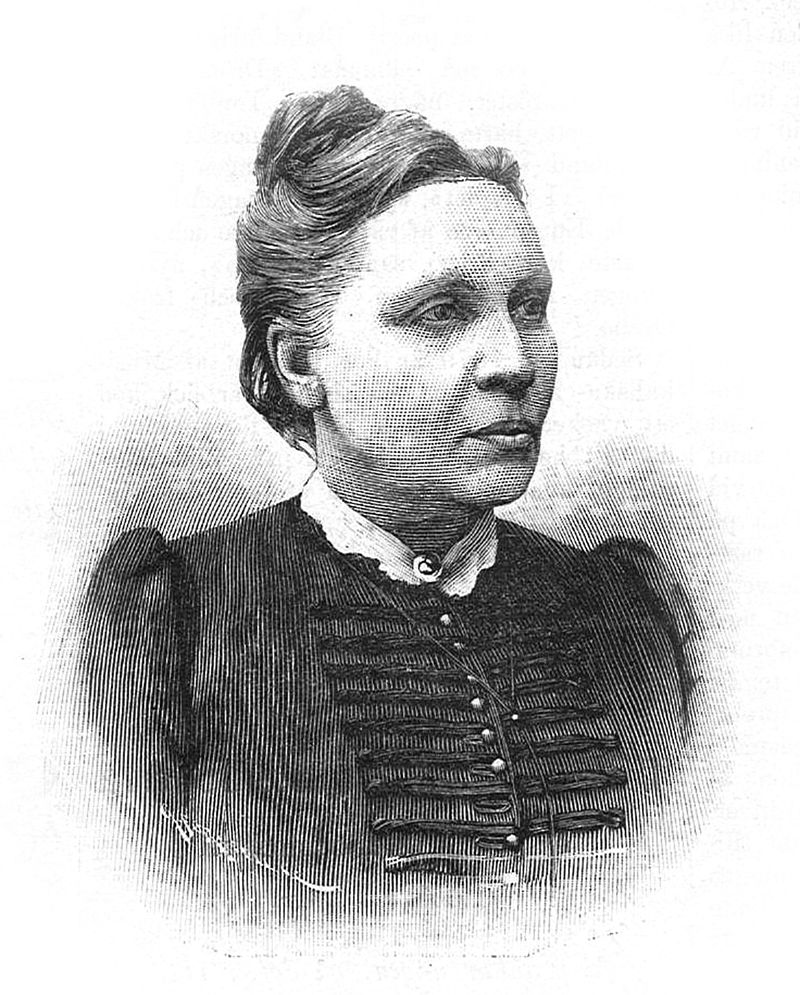