Elisabet Eurén was one of the first women to be appointed lecturer at an advanced teaching institution. She was heavily involved in Svenska skolornas fredsförening (Swedish schools’ peace association) and Nordiska lärares fredsförbund (Scandinavian teachers’ peace federation).

Elisabet Eurén was born in Stora Kopparberg in 1864. She was the daughter of Elisabeth Christina Eurén, who was from Umeå, and Justus Ludvig Eurén, the district judge of Falu judicial district. She had a brother who was two years her junior. After completing her basic schooling she applied to Högre lärarinneseminariet in Stockholm and subsequently graduated from that institution in 1884. She then spent several years working at Statens normalskola för flickor, Brummerska skolan, and Lyceum för flickor.

Elisabet Eurén went on several trips abroad, primarily to undertake language studies in Germany, Switzerland, and England. Having spent several years working as a teacher she undertook further training at Högre lärarinneseminariet. In 1893 she graduated for a second time and then gained a post as a lecturer at the Umeå folkskoleseminarium (public-school training programme). Her responsibilities included the training school where the students undertook their practical training. At that time she was the sole female lecturer at the school. Elisabet Eurén’s subjects initially comprised Swedish and methodology but it was not long before she began to teach Christianity as a subject as well.

Elisabet Eurén made a significant impact on Umeå, both within the school and in the town itself. At the school she saw to it that a library was established for the students. Libraries were places that the well-read Elisabet Eurén held dear to her heart. She also introduced a more practical uniform for the students to wear during their physical education classes. Elisabet Eurén herself wore the so-called ʻreformdräkt’ (reformed dress) which at the time was a symbol of women’s demands for emancipation and the right to make their own decisions.

During her time in Umeå Elisabet Eurén instigated the setting up of a workhouse in 1897. Funding came from Lars Hiertas minnesfond and when the association which was responsible for the workhouse was constituted in 1901 she was appointed its first secretary. She retained that post until she left Umeå in 1904. She also served as chair of the suffragette association which was set up in Umeå in 1903. Elisabet Eurén’s elderly mother spent her final years living with her in Umeå and it was after her mother’s death that Elisabet Eurén moved back to Stockholm.

Elisabet Eurén gained a senior teacher’s position in the capital city at Folkskoleseminariet at Maria Prästgårdsgata. She taught the same subjects as in Umeå, with the addition of natural sciences. She once again brought up the issue of library provision at her institution and eventually became the librarian. This library played a significant role in the teaching programme.

In 1918 it finally became possible for women to be appointed as lecturers. Elisabet Eurén is one of the first women to gain this role. In 1919 she was appointed lecturer at Folkskoleseminariet and during the academic year of 1919/1920 she served as substitute principal. During her remaining working years at the institution she taught psychology, pedagogics, and Swedish. She retired in 1924.

Elisabet Eurén sought to improve conditions for teachers and was a leading figure with Svenska seminarielärareföreningen from 1913 to 1918. Her primary activity was, however, in the sphere of the peace movement. In Stockholm she worked close to a fellow student from Högre lärarinneseminariet, Matilda Widegren, who had taken the initiative of introducing peace teaching at school. Elisabet Eurén served as chair or deputy chair for both Svenska skolornas fredsförening and Nordiska lärares fredsförbund. She was also a member of Förbundet för kristet samhällsliv, founded in 1917 and in which Ebba Pauli and Natanael Beskow served as leading figures. These two had founded Birkagården in 1912, an institution to which Elisabet Eurén also came to devote her time and energy. Her pacifist tendencies combined with an ecumenical religious view led her to engage with Vännernas samfund (Society of Friends) following its establishment in 1936. She was the sole woman to attend a meeting with representatives of the British Quakers. In 1933 at an episcopal conference in 1933 Elisabet Eurén was the sole female to be appointed to the Swedish ecumenical agency.

Elisabet Eurén never married. She suffered from a variety of illnesses and died at the Red Cross hospital in 1939. Representatives of all the associations she had belonged to gave speeches at her funeral at Norra crematorium whilst Folkskoleseminariet, Umeå arbetsstugeförening, Vännernas samfund and others sent flowers and wreaths. Elisabet Eurén is buried beside her parents at Norra begravningsplatsen (the Northern Cemetery) in Solna. 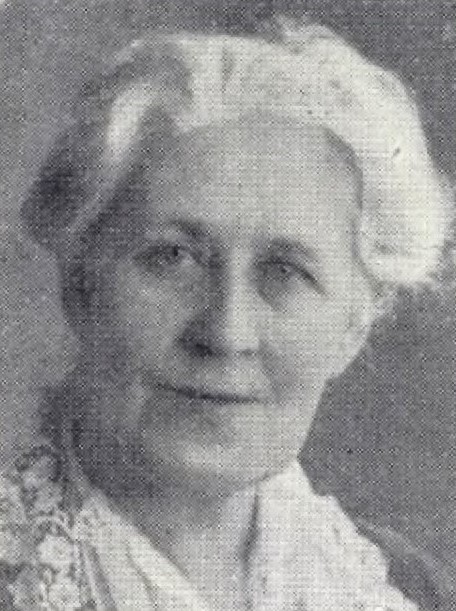