Ellen Börtz was an artist, debater and activist. Through her life’s work, she contributed to bringing into focus the issue of experimentation on live animals and animal rights, resulting in a popular protest movement in Sweden.

Ellen Börtz grew up in Villa Gullinge in the upper-class suburb of Danderyd in northern Stockholm. Her parents were Anna Ekberg née Nilenius, a telegraphist and textbook writer, and Johan Axel Ekberg, an accountant. She had three older siblings: Esther, Irma and Fritz. Several adored cats also belonged to the family.

It may be presumed that Anna Catharina Ekberg practised what she preached and that therefore Ellen Börtz grew up as a vegetarian. Apart from being empirically versed in diet and health, her mother was deeply engaged in animal rights, as clearly manifested in poems, prologues and strengthening songs for annual general meetings of the Nordic animal rights association, Nordiska Samfundet till bekämpande af det vetenskapliga djurplågeriet (nowadays Djurens Rätt). The parents were socially interested and friends with Natanael Beskow, Elsa Beskow’s husband. They were also active members of the animal rights association at the same time as Christian and Elna Tenow. Ellen Börtz’ father took care of the association’s accountancy.

After having left Djursholm’s co-educational school, Ellen Börtz continued on to the elementary teacher training college. During a study trip to Italy in 1922, she met her life partner-to-be Johan Börtz from Norra Mellby outside Hässleholm. Both families were open-minded and without any objections to their engagement over class boundaries, at midsummer in 1927.

The couple participated in the handicraft and drawing course at the Nääs training college for handicraft teachers in 1931. The year after, their daughter Agneta Sofia was born, later on teacher, art expert and curator at the Nationalmuseum in Stockholm. During the 1940s, Ellen Börtz attended Isaac Grünewald’s art school and Otto Sköld’s school of painting (now Pernby’s school of painting). In 1950, she exhibited her work together with Hemery Thunberg at the Konstsalong Rålambshof in Stockholm. According to herself, her work received “rather decent criticism”. In connection with their daughter’s birth, the Börtz couple moved into Restaliden, a villa situated in Alvik in Bromma, western Stockholm. Their home was filled with literature, music and music-making, as well as art by – among others – Eva Bagge and Ellen Börtz herself.

Deteriorating eyesight contributed to Ellen Börtz’ artistic career being relegated to the sidelines. In 1956, Ellen Börtz visited England and was inspired by the opponents to animal experimentation Lizzy Lind af Hageby and Leisa Schartau as well as the parliamentary Labour parliamentarian, Peter Freeman. Some years earlier, she had, like her parents, got involved in the Swedish animal rights association (Nordiska Samfundet till bekämpande af det vetenskapliga djurplågeriet). Side by side with her husband, Ellen Börtz carried out an opinion-raising and recruitment campaign for a quarter of a century that increased the number of members from 700 in 1951 to 14,000 in 1976. For more than a decade, the association had its base with offices and shop open 24 hours a day at the home of the Börtz couple at Restaliden in Bromma.

For Ellen Börtz, it was her civic duty to stand up against injustices and always to respect those who thought the opposite of what she did. Her upbringing had given her all the self-respect she needed to fight for the issue at hand. She monitored news sources and wrote articles against experimentation on live animals, including the sales and purchases of dogs and cats for those purposes. She also criticised animal factories, hunting for pleasure, the painful treatment of vermin, bull-fighting, the so-called misery of caged birds and watchdogs and the violence and cruelty in children’s films and TV programmes. She argued for vegetarianism and consumer information, for example marking eggs from caged hens.

She wrote proposals and letters to companies, authorities, members of parliament and bishops; pleaded for prayers for animals in churches, and, following her mother’s footsteps, wrote suggestions for psalms, among others a new, pioneering verse to Our Father. She travelled to congresses, supervised new local sections, took care of the growing sending list of brochures, posters, badges and protest lists, arranged demonstrations in Stockholm on World Animal Day and corresponded with interested young people, from the underprivileged suburb of Rosengård in Malmö to the privileged co-educational school in Danderyd.

Not least, Ellen Börtz edited and wrote texts for the members’ animal rights magazine Djurens rätt. The aim was to disseminate information and awaken popular opinion with facts and pictures from the scientists’ own accounts in professional medical literature. According to Ellen Börtz’ experience, all science was considered holy at that time, and the question of live animal experimentation was therefore silenced in the media. Her express goal was to establish animals as interested parties and to bring about a free discussion with the same space for both for and against.

For Ellen Börtz, human tyranny over animals was an immoral custom in the same way as men’s oppression of women, human slavery and the oppression of the working classes. Being cruel did not only injure the victim, but also the perpetrator – spiritually: “Cruelty to animals injures human beings most, it degrades them and smothers the best in them, the capacity for empathy.” To embrace all living beings with solidarity was a part of humanism and a step in the cultural development of society.

On the rationalisation and mass production of animals as “machines” in the creation of animal products, Ellen Börtz wrote as early as in the 1960s: “Life is movement, activity. To deprive animals of this fundamental right, as is now happening with pigs and hens in animal factories, and has for centuries happened with cows, is a serious crime that we human beings are committing against these our co-creatures.”

In due course, Ellen Börtz’s articles were given space in the newspaper columns. Nevertheless, when the major animal experimentation debates were taking place, in Göteborgs-Tidningen in 1967 and in Svenska Dagbladet in 1974, they were carried out by exclusively male debaters. In 1964, Johan and Ellen Börtz started the foundation Stiftelsen för Vetenskaplig Forskning utan Djurförsök (now Forska Utan Djurförsök) with the aim of developing alternative methods, like for example tissue cultures and computer simulations. Not long after, medical students began to sound the alarm about cruel animal experimentation, scientists publicly repented of their animal experimentation research and members of parliament like Kerstin Anér formulated motions on the issue. The author Eva Moberg took a stand against animal experimentation in Dagens Nyheter, and wrote a play on that theme.

When parliament decided in 1978 to limit animal experimentation — and not allow it when other alternatives existed – that constituted a fundamental success for Ellen Börtz and the movement. However, the demands on the testing of chemicals, medicines and new treatments had led to a lucrative international industry: the breeding of experimental animals. Apart from that, animals were only represented by a tiny minority of members of ethical committees, a minority that could be voted down in almost all decisions.

Ellen Börtz communicated courage to disillusioned activists: “There is no reason to be despondent, what is important is not to give up but faithfully and energetically carry on the work!” Before the association’s seventy-fifth anniversary, Ellen and Johan Börtz wrote a book on the history of the association’s struggle for animals’ rights and human dignity: Nordiska Samfundet Mot Plågsamma Djurförsök 1882–1982, En hundraårig kamp för djurens rätt och människans värdighet. It was published by Zinderman publishers in Gothenburg.

During all the years, Johan Börtz was her like-minded and equal colleague in their intensive work. Even when very old, the couple could be seen cycling together in their typically unisex clothes: berets, galoshes, long trousers and trench coats with the association’s orange badge.

Even in their grief over losing their only child in 1986 they were united. After Johan Börtz’s death in 1988, Ellen Börtz remained living at Restaliden until her own death in 1993. Apart from her contribution to the popular movement and two grandchildren, she left behind her an extensive production of paintings. She lies buried together with her husband in North Mellby Cemetery. 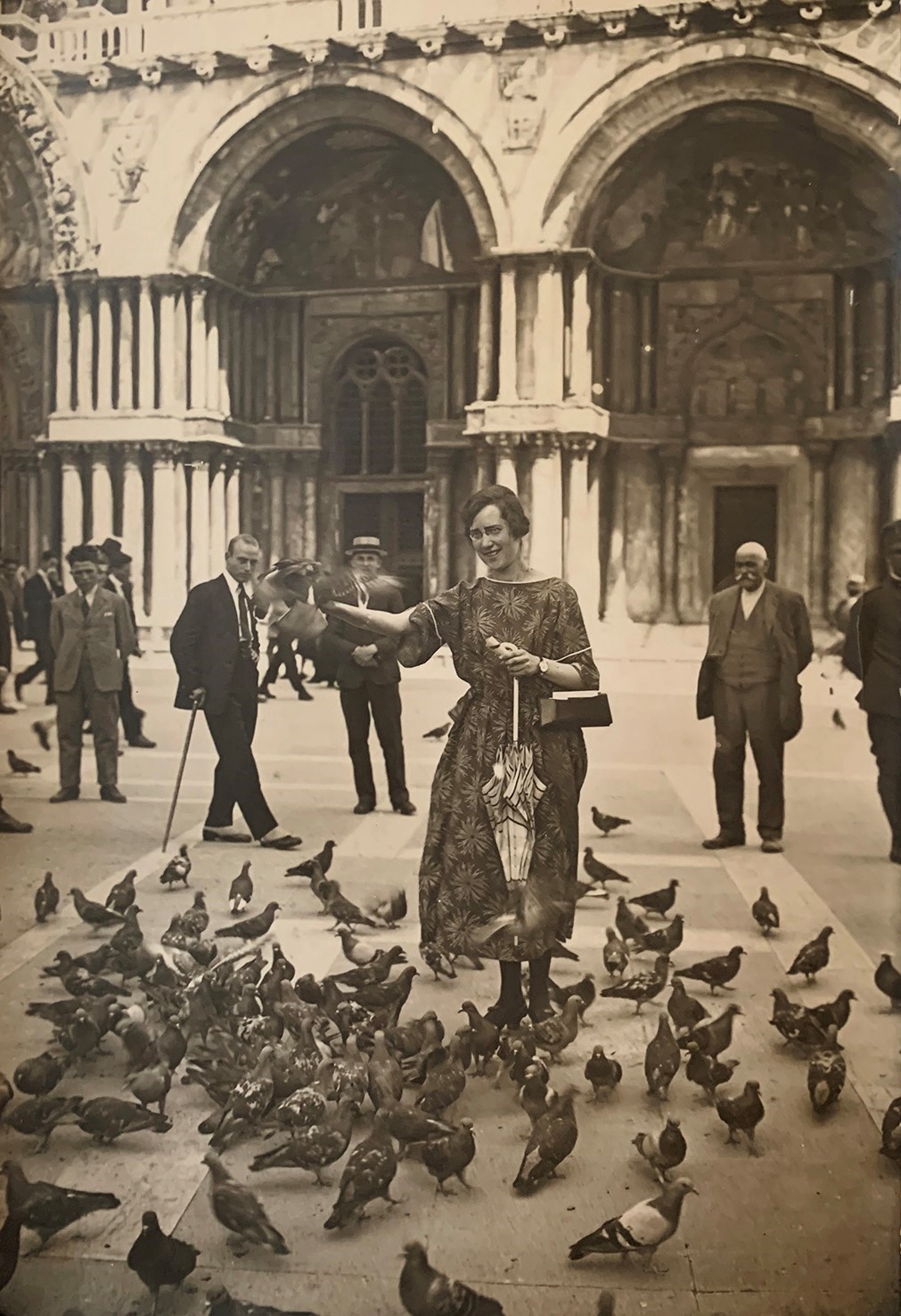