Ellen Nordenstreng was a teacher, lecturer and public speaker in the field of horticulture.

Ellen Nordenstreng was born in Gothenburg in 1859. She was the daughter of Hans August Lindhult, Ph.D., a church official, and his wife Emma Charlotta, née Tengberg. Ellen Nordenstreng matriculated in 1879 as a private pupil. She gained her teaching qualification in Gothenburg in 1886 and a further higher qualification in 1887, also in Gothenburg. She started studying at Uppsala University at the beginning of the 1890s, and took her B.A. in 1893. She was one of the founders of the Uppsala women students’ association in 1892 and its secretary until 1897.

In 1903, Ellen Nordenstreng married Rolf Nordenstreng, about 20 years younger and an author. After having been awarded the Stockholms Dagblad scholarship for women in 1913 to study gardening and cultivation abroad, she was able to travel to England to study horticulture. Even before her journey abroad, she had begun to give public lectures, and she continued doing this all her professional life. She lectured on flower-growing, cultivating vegetables, soil preparation and so on for diverse associations, at the Stockholms Arbetareinstitut, and on several occasions on the radio. Parallel to all these activities, she was a teacher in flower aesthetics at the ethical-pedagogical department at Uppsala University in 1921–1935.

Ellen Nordenstreng was active in discussions and as a theorist on the art of gardening as well as the author of texts on philosophical, aesthetic and horticultural subjects. With texts like ”Trädgårdsodling som kvinnligt yrke och kvinnlig konst” published in Stockholms Dagblad in 1918 and printed the year after in the anthology Kvinnliga yrken och deras förutsättningar she argued how important women were for gardening. She also had older texts reproduced that focused on women’s work in gardens, like ”Byxor i stället för kjol för kvinnliga trädgårdsmästare” in the magazine Trädgården in 1916. She and her husband Rolf Nordenstreng wrote several texts that were published under his name, like ”Trädgårdsodlingen och kvinnorna” in Svenska Dagbladet in 1919 which was also printed in the magazine Trädgården the same year. Apart from an introductory section, the main part of the article was written by Ellen Nordenstreng. The same was true of Blomsterdyrkan och trädgårdskult: överblickar och framstötar in 1918. Both spouses are named as authors, but most of the book was written by Ellen Nordenstreng as is clear from the wording.

Ellen Nordenstreng was interested in particular types of plants, which resulted in articles on among others climbing plants or how wild plants could be integrated in gardens, and also books like Luktärter ute och inne in 1917. With the two books she published the same year, Våra trädgårdar i krigs- och kristid and Varken brödlös eller rådlös she had the expressed ambition of stimulating people to gardening and of contributing advice on growing vegetables, preserving and preparing them so that the Swedish people would be able to garden themselves out of the food crisis during the first world war. And despite her great interest in flowers, flowers just had to give way to the cultivation of nourishing vegetables to feed the hungry masses.

Ellen Nordenstran died in Uppsala in 1950 and was buried in the Tengberg family tomb in Örgryte Old Cemetery in Gothenburg. 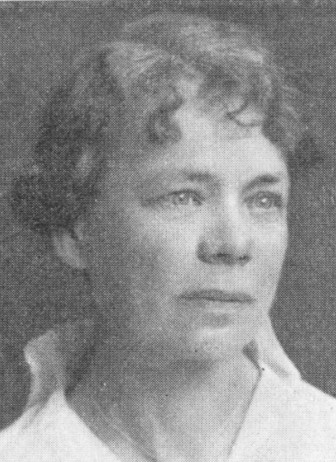