Elna Hansson, who, like her daughter Johanna Maria Andersson was known as Lundakvinnan (the woman from Lund), was a lay woman doctor who treated individuals from all walks of society during most of the 1800s, at her practice in Malmö.

Elna Hansson belonged to a family in which the women for five generations had worked as lay doctors or “wise women”, specialising in mending broken bones and healing wounds. Her mother was Marna Nilsdotter, known as the Cow woman. Elna Hansson was born out of wedlock in Lund in 1814, but took the name Arvidsdotter after her stepfather Arvid Ericsson. Even when very young, she assisted her mother in her work as a doctor for wounds and broken bones. After having married Hans Månsson, a farm labourer, she moved to Malmö in 1834 and opened her own practice there. She started calling herself Elna Hansson. The news spread rapidly that the Cow woman’s daughter had opened a practice for broken bones in the city. Since she came from Lund, she was called the woman from Lund or Lonnaqvinnan in the Scanian dialect.

Elna Hansson had a very extensive practice right from the beginning. She was tolerated by the authorities to start with, despite the fact that since she was uneducated, she was to be regarded as a quack. For the first 20 years she was probably careful too, avoiding taking on more difficult cases and internal illnesses. In 1854, however, the 29-year-old medical doctor August Falck was appointed as the city medical officer. He undertook to reform healthcare in Malmö. Among other things, he convinced the men who governed the city of the necessity of building a hospital in the city. Patients needing medical care had up to then had to travel to the hospital in Lund.

August Falck also decided to eradicate quackery in Malmö. In a report to the health authority (Sundhetskollegiet), a forerunner to the National Swedish Board of Health (Medicinalstyrelsen), he asked that measures should be taken against Elna Hansson’s dangerous and illegal activities. He wrote that she was an angry charlatan who explained every insignificant sprain as a luxation (twisting out of joint) or fracture needing comprehensive treatment with bleedings, poultices and ointments. August Falck informed the authority that he had seen several cases in which he had been compelled to amputate body parts after Elna Hansson’s treatment.

Sundhetskollegiet replied to August Falck that it could not take any measures after which Falck himself took Elna Hansson to court in 1856 for quackery. She asserted in court that she had cured thousands of people’s broken bones and sprains, and in addition showed letters of support and attestations from many influential persons. The court sentenced her nonetheless to a substantial fine.

Elna Hansson then wrote to His Royal Majesty and asked for permission to carry on practising her healing activities. She referred to her more than 20 years of experience and a number of attestations from satisfied patients. Many of the 111 persons who supported her belonged to the upper classes in society. She also said she was prepared to subject herself to an examination to prove her competence “before an impartial and qualified Surgical authority”. When her application was remitted to Sundhetskollegiet, it confirmed that Elna Hansson should be allowed to undergo the examination that according to the legislation of 1807 was required to qualify as a barber surgeon. They had the right to carry out simpler forms of healthcare such as bandaging wounds and sprains and dealing with simpler broken bones.

At the examinations that took place on 13 July and 16 September 1857, her knowledge about and skills in the preparation of special baths and various enemas were considered inadequate. She was therefore failed, but allowed to have another chance on 7 June 1858. Then she was questioned once again about baths, for example which temperature a warm bath and a hot bath respectively should have. When questioned about sprains and luxations, her responses were confused, which was more serious since a great part of her activities had to do with precisely those types of injury. She therefore failed that time as well.

After her unsuccessful attempts at acquiring some kind of legitimation, Elna Hansson successfully continued her practice in Malmö. She also built her own little hospital to which she could admit patients in need of more comprehensive care. She had great support from the general public and was even hired by many big companies, for example Kockums engineering company.

During the 1860s, various insurance funds for cases of illness and injury began to be formed. These insurance companies demanded that medical certificates should be issued by legitimised doctors, but several large employers in Skåne threatened to cancel their contracts with the insurance companies if the latter did not accept certificates issued by Lundakvinnan. Confronted by the risk of losing clients, the companies gave up, which was interpreted by many as Elna Hansson’s having been recognised as a doctor.

In 1875 it was time for a new prosecution. The city physician reported Elna Hansson for having treated a two-year-old boy who according to him should have been cared for at the hospital in Lund. In court, Elna Hansson’s lawyer asserted that she had passed her barber surgeon examination. No certificate could of course be produced, but she had obviously spread the incorrect information that she had passed the examination. The court sentenced her for unqualified treatment of illnesses to a fine. Elna Hansson appealed against the sentence to the Court of Appeal and it freed her.

In 1876, to avoid further prosecution, Elna Hansson applied once more to His Royal Majesty for permission to legitimise her healing activities. As support, she appended five petitions with 5,105 signatures. Among the petitioners were rich and poor, labourers, members of parliament, counts, colonels and clergymen. Sundhetskollegiet considered however that her earlier unsuccessful attempts at examination made it impossible to accept her application. And nobody among the 5,105 persons who supported her had sufficient knowledge to assess Elna Hansson’s competence.

During Elna Hansson’s last years, her daughter Johanna Maria Andersson took over her enterprise more and more. Both were known as the woman from Lund and the general public accepted whichever of them had surgery that day.

When Elna Hansson died on 21 January 1891, many newspapers in the whole of Sweden wrote in appreciative terms about her and her extensive activities as a doctor specialising in broken bones and other external injuries. The skills that innate aptitude and rich experience had given her obtained a great reputation for her, so that patients travelled to her from all over southern Sweden and even from Denmark. 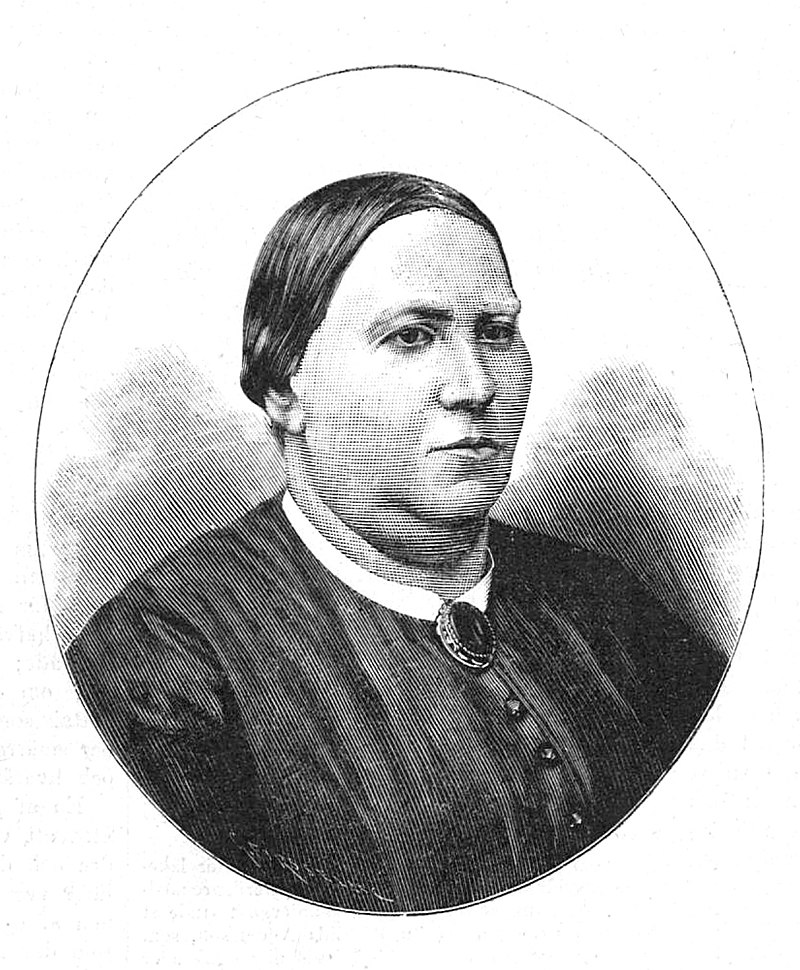