Elna Tenow was an author and a social polemicist who was heavily engaged in both women’s rights and animal rights.

Elna Tenow was born in 1862. She was brought up by fosterparents in Leksand. Elna Tenow attended the girls’ school at Västerås, which at that time was still quite an unusual opportunity to have. Once she had finished school she spent a few years working as a teacher, before moving to Copenhagen to work as a journalist and a translator. Inspired by the likes of Georg Brandes she wrote a short-story collection entitled Brokigt, published in 1887. In it she made the case for a friendship-like relationship between the sexes.

In 1887 Elna Tenow married Christian Tenow and the couple settled in Stockholm, where they became part of the capital city’s radical circles. Elna Tenow’s activism on behalf of women’s rights found expression in her publication Öppet brev till Strindberg. Om kvinnans underordnade ställning, from 1890, which took the form of a criticism of August Strindberg’s view of women. Not only was she involved in the newly-set up Idun journal but she also supplied causerie-style submissions to Stockholms-Tidningen using the pseudonym of Guido and Aqua destillata. She also served as editor of Fylgia. Tidskrift för hygienisk sjelfhjelp i hemmen. She and her husband were both heavily engaged in animal rights issues and for a number of years in the early 1900s they were both members of the board of the animal rights organisation Nordiska samfundet till bekämpande af det vetenskapliga djurplågeriet (Nordic body against scientific mistreatment of animals). Elna Tenow was the editor of that organisation’s journal, Djurens rätt.

It was when writing under the pseudonym of Elsa Törne that Elna Ternow generated a lot of attention through her three books entitled Solidar 1-3, published between 1905 and 1907. These books promoted the ideas of the hygiene reform movement. She sought, amongst other things, an improvement in the status awarded to housework and the housewife and championed improved and more functional housing.

Elna Tenow divorced her husband in 1919. Her writing ceased forthwith. She died in Uppsala in 1944. 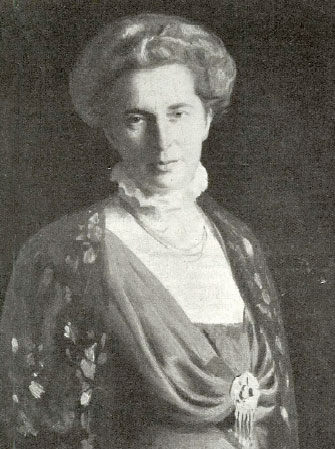