Elsa Fougt was a book printer and a publisher. She ran the largest company within the Swedish book industry for several decades around the start of the 1800s.

Elsa Fougt was born in 1744. She grew up in a family that was active within the book industry. Her father, Peter Momma, was the royal book printer and thus he alone held the right to print and publish the kingdom’s official works. Her mother, Margareta Momma, whose family was originally from the Netherlands, was a pioneering female publisher in Sweden. She has been highlighted as the author of a radical newspaper in the late 1730s in which – amongst other things – she petitioned for women’s rights to access education, and she also edited the French-language newspaper Stockholm Gazette. Elsa Fougt was not allowed to enter university due to her gender but appears to have received a good education at home. In 1762, when she was 18 years old, she married the functionary Henric Fougt, and they had six children together. Following the death of both of her parents in 1772 Elsa Fougt and her husband inherited her parents’ business and Henric Fougt took on the title of royal book printer. Elsa Fougt worked in the family enterprise as a married woman. When her husband died in 1782 Elsa Fougt became the sole proprietor of the business, including holding the title of royal book printer. She was active until 1811 when she, aged 67, transferred the royal printers to her son Henric. In 1835 her son in turn transferred the enterprise to P.A. Norstedt & Söner.

Elsa Fougt ran the family business in Stockholm for three decades. Previous researchers have depicted her as a passive figure who was in the shadow of her husband. However, Anna-Maria Rimm’s 2009 dissertation locates her as a skilled and enterprising business leader. Several aspects made it possible for her to reach such a central position within the Swedish book industry: her family background, having inherited the Momma couple’s enterprise, and not least her own standing as a widow in 1782 which gave her the legal right to singlehandedly run a business. This did not just involve the official post as printer and publisher of the kingdom’s official publications but also private business deals as printer, book-seller, and even as a letter-caster. The fact that she was a woman appears not to have posed any obstacle to her varied professional roles.

Whilst her husband was alive Elsa Fougt had, following in her mother’s footsteps, already worked as a newspaper editor for Stockholms Weckoblad. As royal printer from 1782 she was responsible for publishing royal decrees, parliamentary acts and other official dealings from the Crown and its agencies. She faced no obstacles in participating in the work of the industry organisation called Boktryckerisocieteten (book printers’ society). Making use of her role as royal printer in order to benefit her private company was part of her business strategy. As a publisher of non-state materials Elsa Fougt published a series of plays as well as various quick-selling titles including the likes of Cajsa Wargs kokbok. She was an active, creative publisher who edited her authors’ texts, gave advice, proofread, and handled the typographical set-up and more. Publications from the royal printer were sold at Fougt’s bookstore on Stora Nygatan, the main street for booksellers in Stockholm. During the years 1784-1786 she also undertook international trade in books under the company name of Elsa Fougt et Comp. The ‘et Comp.’ referred to the book trader Carl Gottlieb Ulff, who was Elsa Fougt’s partner and weaker half in the company. Customers could thus access scientific works in Latin and German as well as light reading in French, including forbidden books from the clandestine publisher Société typographique de Neuchâtel in Switzerland.

Elsa Fougt became a focal figure of Stockholm’s cultural life during the Gustavian era through her extensive network of contacts. She was a member of the Stora Amarenterorden (great amaranth order) which was a society comprising both female and male members, and two of her eulogies for deceased fellow female members have survived. 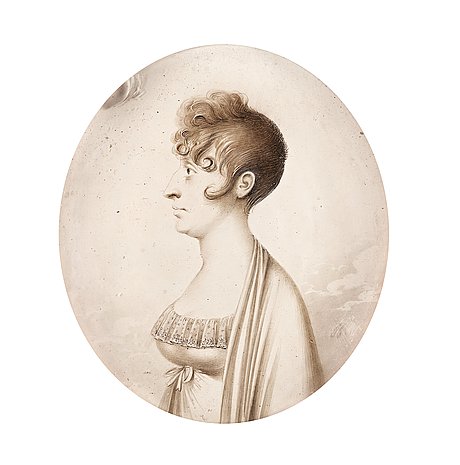