Elsa Thulin was one of the most respected translators of her era. In 1960 a translator’s prize was set up in her name.

Elsa Thulin was born in Stockholm. She was the eldest of six children born to a merchant named Ludvig Sachs and his wife Bertha. In 1906 Elsa Thulin gained her school-leaving certificate from the Wallin school in Stockholm. She then enrolled at Uppsala university that same year and in 1908 graduated with her Bachelor’s degree in English, German, and Romance languages where the latter was her best subject. In 1910 Elsa Thulin married John Thulin. They had two children together, Ebba who was born in 1911 and Lars who was born in 1913.

Elsa Thulin began to produce translations when she was in her twenties and she carried on working until the late 1950s. She had a comprehensive knowledge of French literature in particular and she introduced several major figures of the French literary world – such as Albert Camus, André Gide, and André Maurois – to the Swedish readership. Her precision and style mean that her translations have stood the test of time. Her translation of Albert Camus’ Pesten is still (2018) being released in new editions. She was appointed not just an officer of the French Palmes académiques order but also a knight of the Ordre national de la Légion d'honneur in recognition of her efforts on behalf of French culture.

Elsa Thulin’s translation work was primarily from French to Swedish but she also produced translations from Italian, Norwegian, and Danish. Indeed, she made several translations of Luigi Pirandello’s works. The Norwegian authors who appear in her very extensive output included the controversial Tryggve Guldbrandsen and Sigrid Boos of the 1930s. Elsa Thulin’s translations from Danish include the works of Ingrid Møller and William Heinesen. Her main translation work involved novels but sometimes she translated plays such as Nordahl Grieg’s Barrabas and Jean Cocteau’s Vanartiga föräldar.

Elsa Thulin was also a productive cultural journalist and polemicist. During the Second World War she was a prominent anti-Nazi. She endeavoured tirelessly to improve conditions for translators. In 1954 she instigated the establishment of Svenska Översättarförbundet and became the first chair of that organisation, a position she retained until her death. Her work within Svenska Översättarförbundet laid the grounds for trade union struggles still being endured by Swedish translators.

Elsa Thulin was one of the most respected translators of her era and a translator’s prize was established in her name in 1960. It is awarded to “translators of literary fiction in recognition of outstanding translation work”. She was the first recipient of the prize. 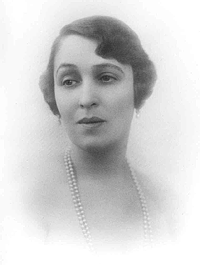