Elsa Stenudd was a well-known and much-loved teacher and headmaster in Sundsvall during the first half of the 1900s. She came to have a major influence on several generations of girls in Sundsvall due to her lengthy period of service, her cultural interests, and her activism on behalf of women’s issues.

Elsa Stenudd was born in Nederkalix in 1895. She was baptised Tekla Sigrid Elisabeth but was always known as Elsa – even in official contexts. Her father, Carl Zacharias Stenudd, was a salesman whilst her mother, Ester Stenudd, ran a bakery from home. The requirements of schoolwork permitting, the six children in the family would help out at home and in the café connected to the bakery. The children’s freetime was spent singing and playing the piano as well as holding well-attended literary and soirée gatherings. These experiences provided the children with great social exposure and a great interest in culture. Both of Elsa Stenudd’s parents believed that education was important in which girls and boys held equal value which meant that all six of the children – two boys and four girls – were given vocational training.

Elsa Stenudd attended the Nederkalix private coeducational school in May 1909. The next month she gained her lower-school leaving certificate as a private student at Högre allmänna läroverket (the advanced general school) in Luleå. Her inclination was to become a teacher and she was able to test her teaching skills during a temporary stint at the Nederkalix private coeducational school for the duration of an academic year. This went well and she then continued her teacher-training in Stockholm at Högre lärarinneseminariet (the advanced teacher-training programme), from which she graduated in 1916.

Elsa Stenudd spent her first year as a teacher working as a governess for the Arfwedsson family at the Hedensö estate in Näshulta. She was then employed at the Tierp coeducational school for less than a year and subsequently at the Tierps Enskilda Läroverk the following year. In 1920 Elsa Stenudd arrived at Sundsvall to take up the post of specialist teacher at Sundsvalls läroverk för flickor (girls’ school) where she taught Christianity, history, Swedish and English. Four years later, at the age of 29, she temporarily served as the school director. Following a successful year in post she was then appointed full-time director, a position she held for five years. During this period she also taught English and gained further qualifications in the subject by attending summer classes in the English language held at Oxford, funded by a stipend she had received. Following the 1930 school reform the school she was working at became a municipal girls’ school. Elsa Stenudd was appointed headmaster of the new school. She ran the school enthusiastically and progressively and the fact that every five years her post was renewed demonstrated that the school authorities appreciated her work. She held this job until she retired in 1958, entailing a 34 year employment record as head of the school.

Elsa Stenudd was heavily involved in girls’ schools as an educational institution; she believed them to be the best form of education for girls. Elsa Stenudd delivered the inaugural speech of the 18th Allmänna Svenska Flickskolemötet (general meeting of Swedish girls’ schools) in Sundsvall in 1937, in her role as chair of Beredningskommittén (the preparatory committee). There she expressed her hope that the school authorities would maintain the view that girls’ schools provided options for the future. She wanted an end to all school reforms to give both pupils and teachers the peace to deal with internal school developments.

However, during the mid-1950s proposals to introduce a new comprehensive form of school were put forward. The discussion about retaining girls’ schools became a hot debate topic. Elsa Stenudd was unusually progressive for her time in her belief that girls from every social background should be able to have a career whilst also maintaining a home. She considered girls’ schools to be the most suitable means to prepare girls for these dual-track life roles given that the schools provided both

theoretical and practical subjects. She therefore campaigned on behalf of girls’ schools as an educational form throughout her professional life, even undertaking her own investigation into the advantages of retaining these schools. Nevertheless, it was decided towards the end of the 1950s that the girls’ schools would be closed down. The class of 1967 thus proved to be the last at the Sundsvall girls’ school. To mark the long tradition of girls’ school, and at Elsa Stenudd’s instigation, the local school authorities acquired a bronze statue called Flicka 14 år produced by the artist Astri Taube.

Elsa Stenudd felt responsible for the youth of her day and took her role very seriously. Through the years this aspect of her character generated a lot of interest from the local press. Any event connected to the girls’ school was written up by the media. She was often interviewed and often composed her own contributions for publication. She was a well-known celebrity figure in Sundsvall throughout her time as headmaster, and for a good while afterwards.

Elsa Stenudd’s many interests beyond the scholastic and societal domains included women’s issues and culture in particular. Culturally speaking her interests lay in literature, music, history, and the theatre, all of which lay behind her largescale voluntary involvement in various societies in Sundsvall. She was one of the founders of the local Sundsvall branch of Fredrika-Bremer-Förbundet (association), for which she served as deputy chair for a few years, and later as a member of the board. She also served on the boards of the Modersmålslärarnas förening (society for teachers of the mother tongue) and the local section of the National theatre. Further, she sat on the board of the local Sundsvall branch of Föreningen Norden (The Nordic Associations), which campaigned for cultural exchange. She was also involved in setting up Yrkeskvinnors Klubb (the professional women’s club), in which she was also a board member.

Given Elsa Stenudd’s heartfelt Christian beliefs, Christian-humanitarian work was very important to her. She helped to establish Förbundet för Kristen humanism (federation for Christian humanism) in Sundsvall, for which she also served as deputy chair. She was elected as a member of the newly set up Härnösand diocese pedagogic council, for which she was tasked with developing ties between voluntary church work and the schools. She was a member of the Härnösand diocese churches women’s association and also chair of the Sundsvall branch. She was in favour of female priests and took an active part in the public discussion on this subject. She was also engaged in church relations with the municipality, holding positions in both the church committee and the church council. Sometimes she also appeared on Sveriges Radio, leading morning services using her own texts, as well as reading poems and books.

Elsa Stenudd’s caring disposition combined with her great sense of responsibility was apparent in several ways in her private life. Following the death of her father she took her mother into her home and they lived together for twelve years until her mother passed away. Further, during the Second World War Elsa Stenudd took a young Finnish girl in to live with her and she remained a lodger for several years.

In 1958 Elsa Stenudd was awarded a medal as a member of Nordstjärneorden (the Order of the Polar Star). When she became elderly she moved to Stockholm, in 1969, settling at the Gästhem Rosengården in Hägersten. She died there five years later, aged 78. She was buried in the family tomb at Älvkyrkogården in Nederkalix. 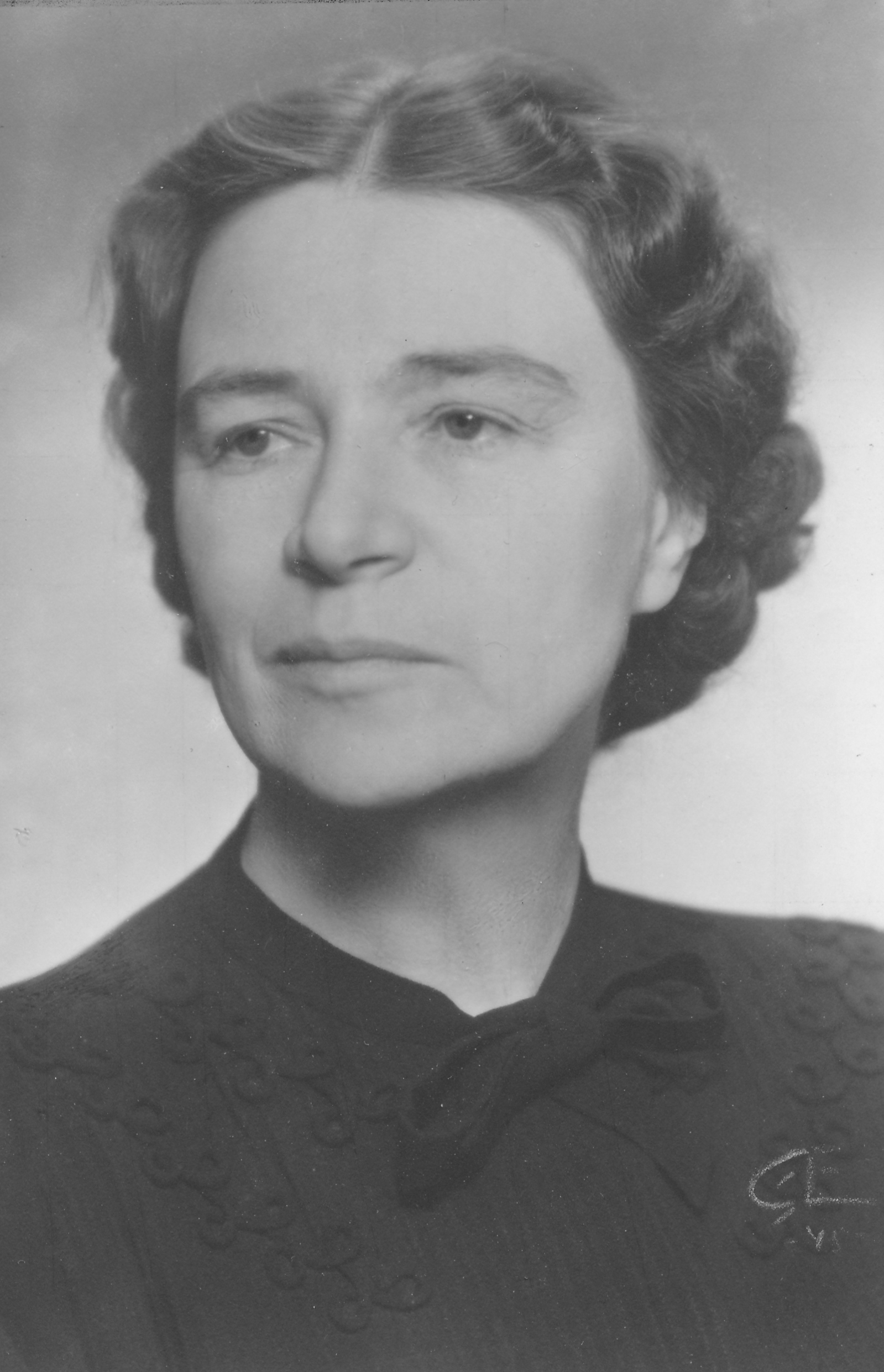