Emerentia von Düben was a lady-in-waiting of Queen Ulrika Eleonora the younger. She was also the queen’s close friend and confidante. Emerentia von Düben exercised social and political influence at the royal court for 53 years, during which time she built up substantial personal wealth. She was also one of the few women to be ennobled for her services.

Emerentia von Düben was born Emerentia Düben in 1669. She was the daughter of Gustav Düben the elder, master of the royal orchestra and composer, and his wife Emerentia Standaert. The couple had six children, all of whom survived into adulthood. Emerentia von Düben was the sole daughter. The family resided in Gamla Stan (Stockholm’s Old Town), close to Tyska kyrkan (German church) where Gustav Düben, like his father before him, served as organist. They were also close to the royal court which came to serve as an important sphere for Emerentia von Düben and several of her brothers. She and her siblings lost their mother in 1679, and subsequently their father in 1690. The family had not been particularly financially well-off but had a solid network of contacts who came to the children’s aid.

The same year that Gustav Düben the elder died, namely 1690, Emerentia Düben was appointed lady’s maid to Queen Ulrika Eleonora the elder. From an early point her duties centred around the then two-year-old Princess Ulrika Eleonora, who later became queen. Just a few years later both of the princess’s parents had died, her mother in 1693 and her father King Karl XI in 1697, thus making Emerentia Düben a constant point of reference during the princess’s childhood. Emerentia von Düben regularly gets mentioned in Ulrika Eleonora’s letters to her brother, King Karl XII, as “Mensa”.

Contemporary commentators testified that her appointment as lady-in-waiting was considered remarkable. In a New Year’s poem from 1721, for example, Sophia Elisabeth Brenner notes that this particular lady-in-waiting had enjoyed “greater Favours than many others” from the queen. It is clear that Emerentia von Düben exerted political influence during the later Swedish period of absolutism and ‘Frihetstiden’ (the Age of Liberty). As Svante Norrhem has highlighted, despite usually lacking formal political roles women were at that time nonetheless able to practise significant political influence.

In 1717 the royal family displayed their favour towards the Düben family by ennobling Emerentia von Düben and her two younger brothers, Joachim and Anders Düben the younger. Another older brother, Gustav Düben the younger, had already been ennobled in 1698. Joachim von Düben was a civil servant and had accompanied Karl XII on his military campaigns. Following the Battle of Poltava he had been imprisoned for a time but upon his return to Sweden he continued his career, resulting in being appointed not just ‘riksråd’ (privy councillor) but also in that his children were ennobled as counts. Anders von Düben, like many in the family, was musically gifted. He was appointed director of the royal orchestra and was in charge of music during Ulrika Eleonora’s coronation in 1719. Two years later he was given the additional title of ‘hovmarskalk’ (lord chamberlain). The three Düben siblings were raised to barons and baroness upon Ulrika Eleonora’s coronation. It is clear that they benefited from each other’s positions and their surviving correspondence and petitions to the Crown reveals how they supported each other’s activities. As Fabian Persson has noted, von Düben formed an important network at the Swedish royal court. It is also clear that the family’s promotions followed the pace of Ulrika Eleonora’s personal rise in social importance.

This was not to say that Emerentia von Düben simply coasted off her brothers’ successes. The royal charter produced on the siblings’ advancement to the rank of baron and baroness includes the queen’s statement that “thus we find ourselves completely inclined to award her and her brothers a symbol of the goodwill and indulgence that we harbour towards her and her roles, as well as their service”. The register of ennoblement held at Riddarhuset (house of nobility) and list of the newly-ennobled’s dues include Emerentia von Düben’s name alongside those of her brothers. It has been claimed that at this time women were not ennobled for their own sakes. Emerentia von Düben is a clear exception, if not a proof that the opposite of this is true. The siblings helped each other out but Emerentia von Düben’s role should not be diminished.

During her lengthy career at the royal court Emerentia von Düben built up significant personal wealth. Early on in her life she received an inheritance from Christina Stropp (Schmaal), a family friend, and she also received gifts as a reward for her services. When Ulrika Eleonora died in 1741 Emerentia von Düben was one of her main heirs. The queen left her 20,000 kronor as well as silver, furniture, and clothes, whilst her chief lady-in-waiting who was formally head of the women in the queen’s service, only received 8,000 kronor.

Emerentia von Düben died in 1743, a year and a half after her employer and constant supporter. 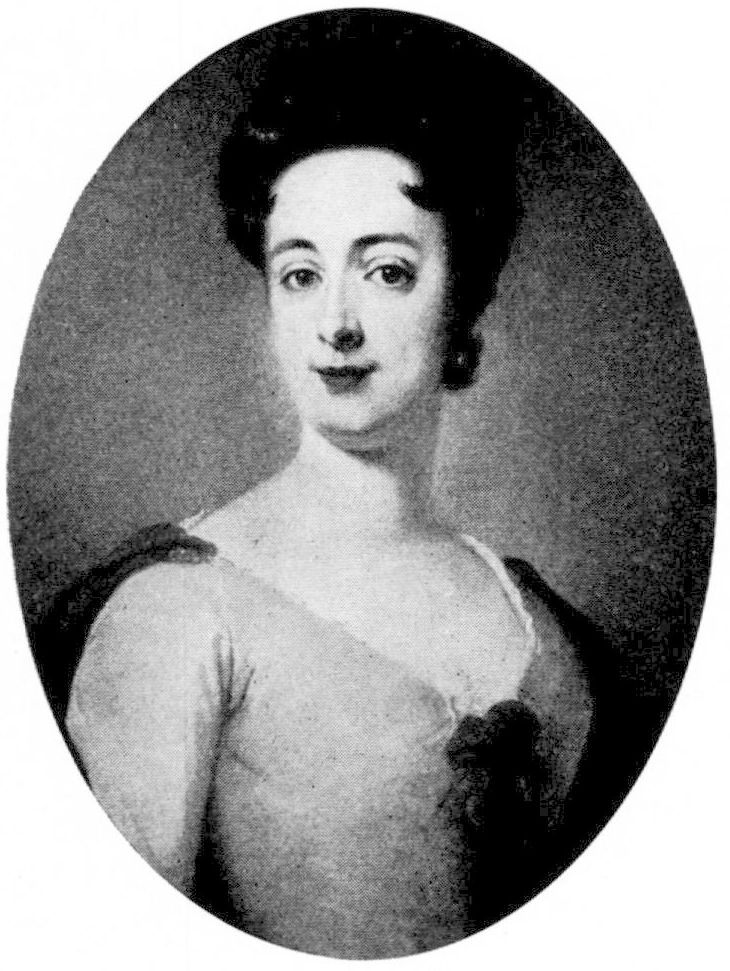