Dagmar Stenbeck was a philanthropist who was actively engaged in social welfare matters. She was a member of Röda Korset (the Swedish Red Cross), as well as other organisations.

Dagmar Stenbeck was born in Hult, Kvillinge (now Kolmården congregation) in 1889. Her parents were Gunnar Ekelund and Helena Ekelund, née Frisell. Gunnar owned Hults ironworks and, from 1908–1919, was also a parliamentarian of the first chamber in the Swedish Parliament. Dagmar Stenbeck had three siblings. She trained in social welfare matters by attending courses, such as those organised by Centralförbundet för Socialt Arbete (CSA, National association for Social Work) from which she graduated in 1913. She then worked with Svenska fattigvårdsförbundets banarvårdsbyrå (Swedish poor relief association childcare agency) in Stockholm. She married Justice Nils Einar Stenbeck on 7 July 1917 and had four children with him.

In 1939 Dagmar Stenbeck instigated the reception of Finnish war-wounded in Sweden in order to provide them with medical care and physical rehabilitation. She also instigated the creation of a boarding home on Lidingö for children with mis-shaped gums. After 1942 these children could be given surgical help and speech therapy at what came to be known as Röda Korset’s language pre-school. Children from all over Sweden came to this boarding school where they spent different lengths of time, depending on their condition. Dagmar Stenbeck was chair of this school’s board from 1942 until 1965.NB Further to arranging aid for war-wounded Finns she also organised care for 30,000 former concentration camp refugees, and in 1957, she organised aid for Swedish influenza victims.

In 1961 the International Committee of the Red Cross awarded Dagmar Stenbeck the Florence Nightingale medal at Konserthuset in Stockholm in 1961.

Dagmar Stenbeck died in 1985. She is buried at Matteus cemetery in Norrköping. 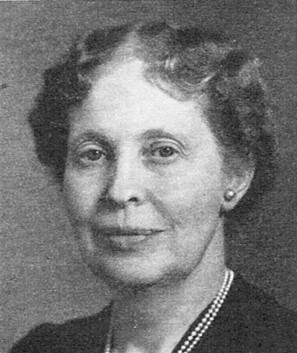