Margareta von Konow was a journalist and author as well as being active in the women’s movement.

Margareta von Konow was born in 1897 at Mösseberg Manor in Skaraborg County south of Lake Vänern and west of Lake Vättern, where her father was a landowner. When times became worse, the family was compelled to move from there to the Sölvesborg region on the south coast of Sweden. Margareta von Konow spent her school years first of all in Karlshamn where she lodged while she took her lower school certificate, as the only girl to do so in her class. After that she moved to Sävsjö to study as a private pupil before matriculating in Jönköping in 1915. Her matriculation essay was about Fredrika Bremer.

Even when very young, Margareta von Konow was politically interested and indignant over the injustices of the male social system. She showed this among other ways by subscribing to the magazine Rösträtt för kvinnor published by the National Association for Women’s Political Suffrage (Landsföreningen för kvinnans politiska rösträtt, LKPR), from its start at the beginning of the 1900s. In Sävsjö she listened to lectures held at the local section of the LKPR. After her studies in Lund, which led to a B.A. Degree in 1918 in the history of literature, German, English and political science, she went out herself into the country districts and promoted LKPR while at the same time holding a temporary appointment at the Norrköping girls’ school. During her student years in Lund, Margareta von Konow was the secretary of the Women students’ association and she participated in the first women’s farce in Lund by both writing and performing the play with the confident title “Justitia or sic onwards gloria mundi”.

With a degree in languages and with good contacts, Margareta von Konow was appointed to a post at the Skandinaviska Bank in Stockholm in 1919 to take care of the bank’s correspondence with countries abroad. In her leisure time, she started to write verses on matters of interest of the day and carry out interviews for the conservative daily newspaper Nya Dagligt Allehanda. She was later made a permanent colleague in 1925—1931, under the signature Delila.

During the years 1926—1932, she was the editor of the section “Women’s voices” in the magazine Svenska Medborgaren, the members’ newspaper in the association that later became the Swedish conservative party, Moderata samlingspartiet.

In connection with an interview for Nya Dagligt Allehanda, she met her future husband, the lawyer Ulf von Konow, and they married in 1926. Ulf von Konow was an expert on literary, musical and artistic copyright and the legal ombudsman for among others the Swedish Theatre Association (Svenska Teaterförbundet) and Sweden’s authors’ association (SFF). He was also one of the founders of the Swedish composers’ international music bureau (STIM). The couple’s social circle was extensive among the authors and artists of the time.

When their first child was born in 1931, Margareta von Konow could no longer remain at Nya Dagligt Allehanda, on account of the labour laws of the time. After having written for among others the weekly magazine Idun, she became the editor of the Fredrika Bremer Association’s magazine Hertha in 1933, where she remained until 1948. She was also the Association’s secretary in 1938—1943, and the editor of the jubilee publication I Fredrika Bremers spår in 1944.

As the new editor of Hertha, Margareta von Konow contacted the minister of communication at that time, on her own initiative. She pointed out to him the total absence of women in the inquiry that the government had appointed concerning the development and future of the new medium – radio. Her demands for another internal structure received no immediate response, but her employer, the Fredrika-Bremer-Association took the initiative to founding the Swedish women’s associations’ radio committee (1933—1937) and Margareta von Konow became the committee’s secreterary.

The committee was successful in its work of getting more women onto programme boards and into radio programmes, and Margareta von Konow herself continued beyond the country’s borders as the vice chairperson of the transmission committee of the International Council of Women in 1945—1946.

Associations and their activities were Margareta von Konow’s life. With her unquenchable energy, she asserted women’s right to be seen and listened to in public debate. During the years with small children in her home, she was a member of the Stocksund municipal council in 1935—1939, and also the secretary of the New Idun Association (Sällskapet Nya Idun) in 1938—1940 as well as vice chairperson in 1940—1941. Her husband worked for Sweden’s authors’ association (the present Sveriges Författarförbund, SFF). She herself continued during the 1960s as the secretary of Minerva, the association’s section for non-fiction.

When Margareta von Konow was approaching retirement age in 1962, she made her debut as a literary writer with the poetry anthology Den stängda porten: dikter. The anthology was well received and as years passed, about fifteen poetry anthologies, essays and memoirs were published.

Margareta von Konow died in 1999. She is buried at the Northern Cemetery in Solna. 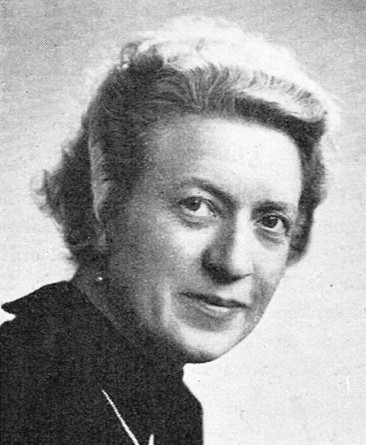