Emma Meissner was a celebrated operetta singer and actor who was active around the turn of the twentieth century.

Emma Meissner was the daughter of master carpenter Johan Fredrik Ekström and his wife Anna Brita. She was born in Karlstad in 1866 although she partly grew up in Stockholm. She had two younger siblings who both died as infants as well as a step-brother who also died very young. Emma Meissner wanted to be a stage actor from the time she was a little girl and she was able to realise her dream early on.

Emma Meissner began her professional career at the Mindre teatern (Hammerska ladan) theatre in Stockholm where she worked from 1881–1883. She made her first stage appearance in 1882, then aged 16, playing a part in Sjökadetten. From 1884–1885 she attended Musikkonservatoriet (now Kungliga Musikhögskolan) in Stockholm and, during the 1885–1896 years, she also took lessons from the opera singers Fritz Arlberg and Signe Hebbe. She then held numerous jobs, including with Förbergska sällskapet from 1887–1888, at Södra teatern and Djurgårdsteatern from 1888–1889, and at Vasateatern from 1889–1895. Her next employment was with Albert Ranft from 1897–1929, both as part of his touring operetta company and variously on his Stockholm stages, namely Vasateatern from 1898–1904 and again from 1926–1929, at Östermalmsteatern from 1904–1906, and at Oscarsteatern from 1906–1914 and again 1919–1926. Emma Meissner also appeared at Stora teatern in Gothenburg, at Odéonteatern in Stockholm, and she made guest appearances and toured throughout Sweden, in Europe, and in the USA.

Emma Meissner made her silver-screen debut in 1903 appearing in Ernest Florman’s Lili. She went on to perform in around 15 films, including The Merry Widow in 1907, Skilda tiders danser in 1909, Falska miljonären in 1931, Vi som går köksvägen in 1932, Eva går ombord in 1934, Intermezzo in 1936, Sara Learns Manners in 1937, och Familjen Andersson also in 1937. Emma Meissner also recorded phonograph and gramophone records, nearly a hundred of the latter. From 1929 she primarily focused on teaching. She was awarded the Litteris et Artibus medal in 1936 and the St Erik medal in 1942.

Emma Meissner’s major public breakthrough occurred around the turn of the twentieth century and she became a much celebrated and very popular primadonna of the operettas. She appeared in circa one hundred separate operettas, although it was her portrayal of the title-role in the first Swedish production of The Merry Widow and the ensuing “widow mania” it generated which is permanently tied to Emma Meissner. She and her ‘Danilo’, Carl Barcklind, were even turned into wax figures at Svenska Panoptikon’s wax doll cabinet in Stockholm. Her accolades include her pioneering role as a recording artist, with her earliest recordings dating from 1890. Emma Meissner can thus be considered to be Sweden’s first proper film star. She was also responsible for introducing dances such as the tango, the Boston waltz, and especially the popular “widow’s waltz” to Sweden.

Emma Meissner was married to Robert Berg, a treasurer, from 1894–1897. She then, in 1899, married Hjalmar Meissner, a music director, with whom she remained until his death in 1940. The Meissner couple were popular with the public and were referenced in Ernst Rolf’s 1926 song couplet: “I am out whilst my woman is at home”.

Emma Meissner died in Stockholm in 1942. She is buried at Norra begravningsplatsen (the Northern cemetery) in Solna. 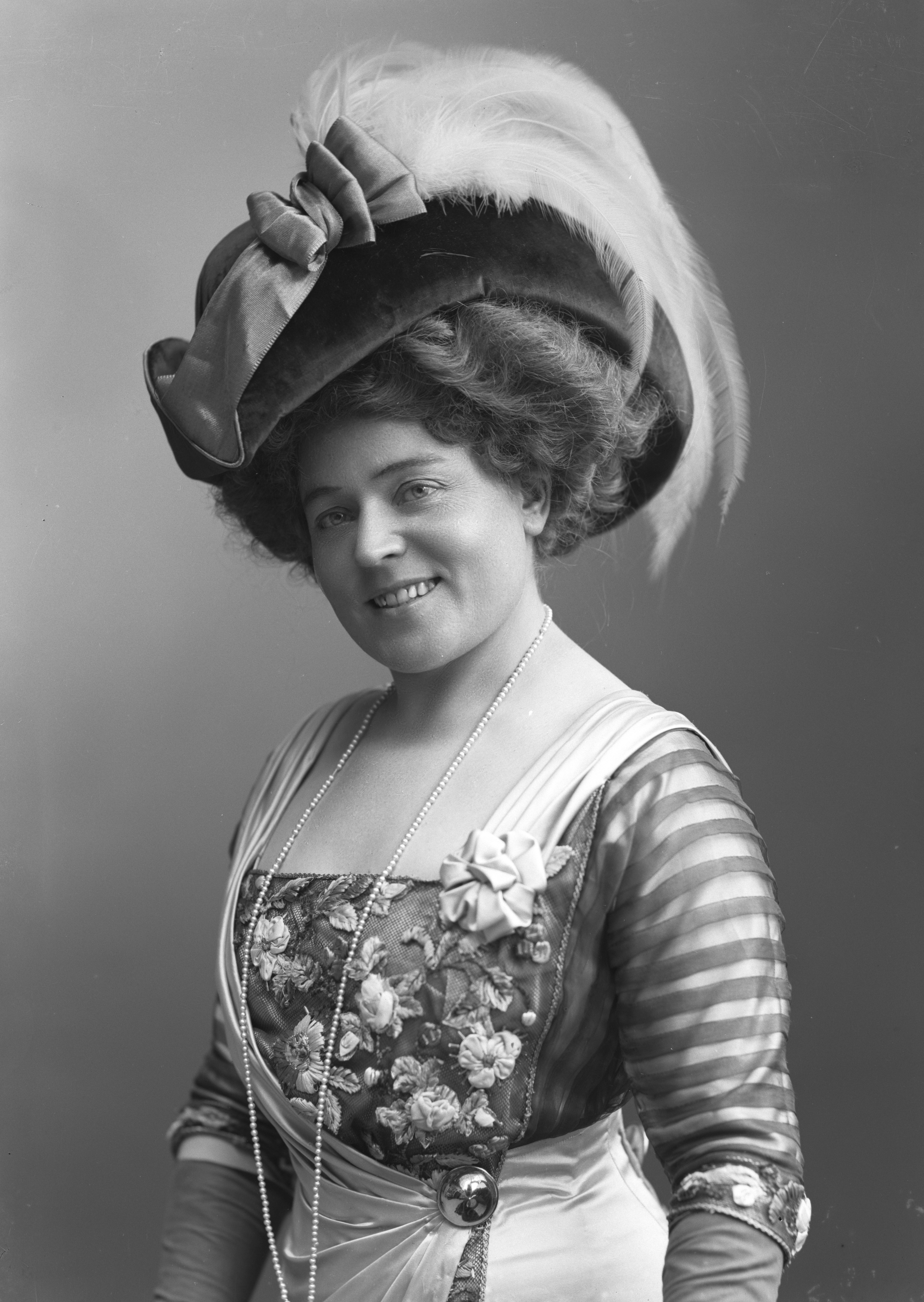