Emma Schenson was one of Sweden’s first women photographers, active in Uppsala during the second half of the 1800s and early 1900s.

Emma Schenson was born in 1827 in Uppsala. She grew up in surroundings with academic traditions. Her mother, Maria Magdalena, née Hahr, was a headmistress and artist and her father, John Schenson, was academy accountant at the university. Her mother started a girls’ boarding facility and a school for girls a few years before the elementary school reform in 1842. Both school and boarding facility were accommodated in their own home. Emma Schenson did some of the teaching and helped generally with this enterprise.

The parents had ten children of whom only four survived to adulthood: three girls and one boy. The boy later chose an academic career, which was not at that time a choice open to girls. From her mother, Emma Schenson and her sisters learned embroidery, drawing, and painting in water colours and oils. Emma Schenson developed a finely tuned feeling for watercolour painting. Through her father’s position and later her brother’s, she also had close connections with the academic life. Her mother also made herself known as a painter and is mentioned in a Swedish lexicon of artists: Svenskt Konstnärslexikon. Among the objects handed down after her death was a miniature portrait of Emma Schenson.

Emma Schenson’s two sisters each married a professor. For her, however, her artistic freedom and activities were paramount and she opted out of the demanding and anonymous existence of marriage. In a self-portrait, she meets the viewer with an open, candid look and a winning smile.

Emma Schenson opened her photo atelier in Uppsala at the end of the 1850s, probably a year or so after her mother’s death. The premises were in use right up until the first decade of the 1900s. The atelier was situated by the Fyrisån river. From the atelier window, she had a view out over the waterway and its quays, and in the distance could be seen Uppsala Cathedral. She was the first photographer stationed in the town, and one of Sweden’s earliest women photographers. A short time after having started on her professional path, Emma Schenson was introduced to calling card photography, a new market in Sweden. It involved a small photo mounted on cardboard. She participated in the growing popularity of this format in the mid-1860s, and also its decline at the end of the century. Apart from calling card photographs, she transferred photos from larger negatives to smaller formats with very high quality. Emma Schenson also photographed a number of exteriors in Uppsala and its vicinity.

When early twentieth-century historians tried to create an idea of the history of photography, they concentrated mainly on the technical developments in photography rather than on the photographers and the specific visual art. Regarding Emma Schenson, it is evident which role chance played in deciding which information was to be preserved. After her death, her negatives and photographs mostly ended up on the rubbish dump. However, a limited number of portraits, mainly of Uppsala academics, were saved by a doctor and donated after his own death to the city’s university library. In the Bäckström collection at Moderna Museet in Stockholm, some of Emma Schenson’s photographs fortunately still exist. Nowadays they are rather discoloured and washed-out in tone. But the feeling for the motif and the composition of the image are clearly apparent despite all.

The city of Uppsala, with its surroundings, old buildings and medieval cathedral demanded Emma Schenson’s attention and stimulated at the same time her visual imagination. It is not known how she learned to take photographs. Perhaps the knowledge and skills were passed on to her by some travelling photographer? She was taking photos of the city’s views as early as the beginning of the 1860s. When the railway connection to Stockholm was inaugurated on 20 September 1866, she was ready to receive travellers in her atelier. She also sold folders to visitors with photographs of exteriors and interiors, with the main focus being Uppsala Cathedral. Among the photos of interiors, are both Carl von Linnaeus’ crypt and reproductions of Sandberg’s murals describing among other things Gustav Vasa’s expedition in Dalarna.

The first portfolio with photos of Uppsala Cathedral may have been produced as early as 1864. In the Sweden of that time, it was otherwise very unusual to collect photographs in folders and portfolios. Emma Schenson was probably one of the first photographers in Sweden to put together a collection of photographs in a portfolio.

During the 1880s, Emma Schenson resumed her photographing of the Cathedral. The reason was that the architect Hugo Zettervall had started a programme for a comprehensive restoration. The coming restoration led to intensive discussions. During the restoration, among other things, one of the old Hårleman towers was replaced by the Neo-Gothic towers that still characterise the profile of Uppsala today. The Zettervall restoration carried on for several years and was completed first in 1893. Emma Schenson watched the work going on and regularly photographed the great changes to one of Sweden’s biggest Gothic buildings.

Emma Schenson did not however allow her photography to stop at the city architecture of inner city Uppsala. She also photographed the Botanical Garden and the Linnaeus Garden. She made expeditions out to Linnaeus’ old estate Hammarby, now a historical monument, where she photographed the surroundings, the buildings and parts of the family home itself, as well as the portrait paintings of Linnaeus. With the Hammarby photos, she created an equally remarkable work as she had with Uppsala Cathedral. It is a collection of an almost documentary kind. To the folder or portfolio, she gave the title "In memoriam Caroli a Linné". The portfolio emphasises Emma Schenson’s entrepreneurial talent, with its combination of visual sense and feeling for what might interest her contemporaries, on the first hand perhaps educated people in Uppsala and visiting tourists. The photographs from the cathedral and from Linnaeus’ home are all sensitively and consciously executed. While photographing, Emma Schenson must have paid attention to her camera lens’s relation to the architect’s vertical lines. It seems namely as though she had tilted the back standard in relation to the optical axle and in that way avoided the outer lines of the house façades in the image appearing to be slanting and wrongly drawn.

The project with Linnaeus’ Hammarby was definitely intricate work. The fifteen negatives were probably produced during a period of several days. When she later transferred the positive images from the negatives, she also coloured one of the photos with a sensitive touch. It showed a Linnaea borealis that she had photographed against a light background. The plant’s stem was formed into the letter L for Linnaeus, which was an inspiration that bore witness to both her admiration for Linnaeus and also her awareness of the aesthetic ideals of the time with their romantic timbre. Included in the Linnaeus portfolio is also a text written by no less than Elias Fries. Once again, this shows Emma Schenson’s entrepreneurial skill. Elias Fries was a famous botanist and professor at Uppsala University, and he was considered to be the father of mycology. He was also a member of the Swedish Academy with chair number 14 as his seat. The text together with the photographs must have attracted buyers to purchase the folder. Fries died the same year as the publication, but had time to experience it before his death. His text has been translated to both English and French, and these texts are included in the portfolio just like the Swedish text. The portfolio contains fifteen photographs all in all, and states the publisher as being “Emma Schenson. Photogr. Upsala”. It is not known how many portfolios of similar value she may have produced. However, the reproductions of the photographs from this folder are to be found in museums in the USA and England. Among other things, the Victoria and Albert Museum in London arranged a spring exhibition in 2002 in which some of Emma Schenson’s photographs from their collection were shown.

Emma Schenson was not only an illustrator and photographer, but was also interested in pedagogy. She produced two small books, one of them being a textbook on easy drawing for beginners entitled Lätta teckningar för nybegynnare, published in 1877–1878 in Uppsala, and the other being a book on patterns for wood-carving, entitled Träsniderimönster. It was published in 1876 by Esaias Edquist in Uppsala with explanatory texts in Swedish, French, English and German.

Emma Schenson was the treasurer of the amateur photographers’ society in Uppsala (Svenska Fotografiamatörföreningens Uppsalasektion) in 1889. It seems however that she was only active for a brief time in the association, since she is not named in later lists of members. She contributed some photographs to an exhibition in 1872 in Copenhagen. Their title is “Templum Cathedrale”, informing viewers that the motif is Uppsala Cathedral. Her photographs could also be viewed in Moscow the same year, where, at an exhibition, she was awarded a bronze medal for them.

Emma Schenson died in 1913. She is buried with her parents in the Uppsala Old Cemetery. 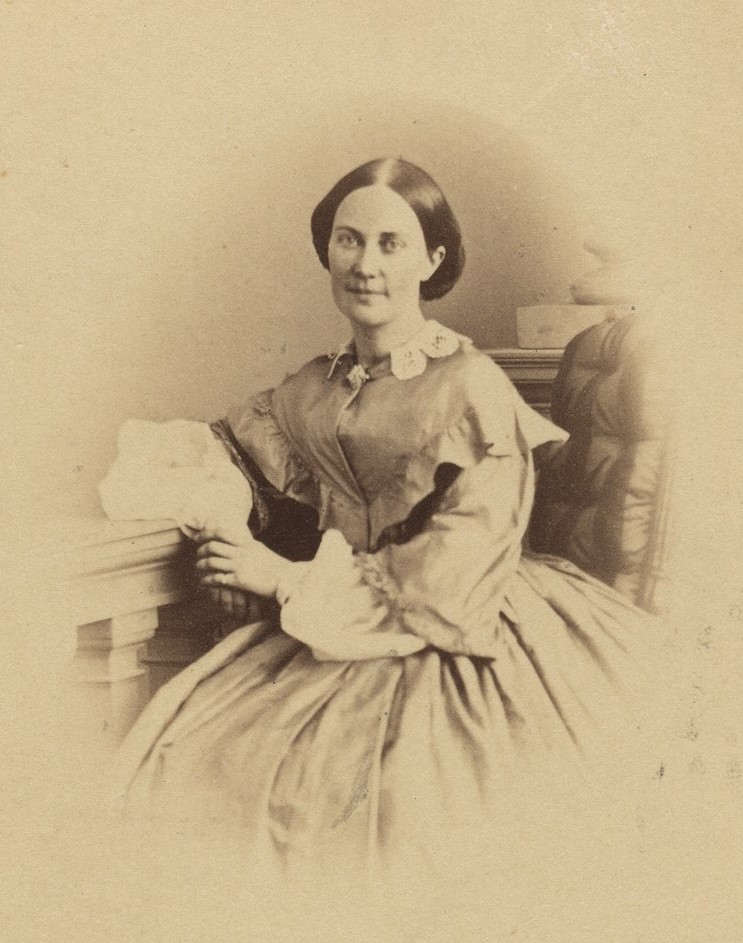