Ester Hofvander-Sandberg was one of the first female legal practitioners and lawyers in Sweden.

Ester Hofvander-Sandberg was born in 1888. She had an itinerant childhood, spent in various different places in Scania. In 1907 she gained her school-leaving certificate, followed in 1908 by her public school teacher training qualification. She then became director of the Klippan coeducational school from 1908–1910. In 1911 she married Ivar Sandberg who was a legal practitioner and a lawyer in Eslöv. The couple’s only child, a daughter named Maj, was born in 1912.

Ester Hofvander-Sandberg registered to study at the law faculty of Lund university in October 1911. She became the third woman in Sweden to qualify with a degree as Master of law in May 1915. Ester Hofvander-Sandberg spent her entire professional life as a lawyer in Eslöv. She and her husband ran Eslövs Advokatbyrå for many years. During the period of 1931–1942 she was a member of Sveriges advokatsamfund (Swedish bar association).

As a married woman Ester Hofvander-Sandberg encountered difficulties when she began her career as a professional legal practitioner. A change in the law in 1897 had paved the way for women to also become lawyers and legal representatives for others in court. According to the current marriage laws married women were, at that time, still considered to be wards of their husbands. Women were officially viewed as minors and thus were not allowed to represent others in court. This caused problems during the 1910s for female legal practitioners who were married, as in certain circumstances they were prohibited from carrying out their trade.

In 1915 Ester Hofvander-Sandberg was involved in a case where the issue of married female legal practitioners became the focal point. She was to appear as a legal representative at Frosta district court in Scania. The court confirmed, in the meantime, that she was married and thus forbidden from serving as a court representative according to the current regulations. This was despite the fact that she had a power of attorney from her husband which enabled her to serve as a representative in the case. Ester Hofvander-Sandberg took the struggle for the right to appear as a legal representative to a higher authority, thereby generating major attention in the daily press. The controversy surrounding her case – and that of other similar cases – resulted in a change in the law in 1916, giving married women the right to serve as legal representatives for others.

In terms of her legal activities Ester Hofvander-Sandberg was known for being an energetic and perceptive lawyer and she managed her cases with an iron fist. One of her first cases was in defence of herself. In 1917 she became accused by the city treasurer of Eslöv of ‘vållande till eldskada å annans egendom’ (causing fire damage to another’s property). Ester Hofvander-Sandberg had forgotten to pull the plug of her electric iron out of the wall and a fire had started which damaged the window frames in her apartment. Despite earnest petitioning that the whole thing was an accident she was charged with the crime in both the district court and the court of appeal.

Apart from her legal activities Ester Hofvander-Sandberg also played a leading role in Eslöv municipal life. She served as a representative on the town council for 25 years and, further, she was active in the town council’s wartime emergency commission, the coeducational school board, the public school board, and the pensions agency. Ester Hofvander-Sandberg was appointed a member of the order of the Vasa, first class, in November 1955 in recognition of her professional achievements.

Ester Hofvander-Sandberg died in Rome in 1967 and is buried at Eslöv cemetery. 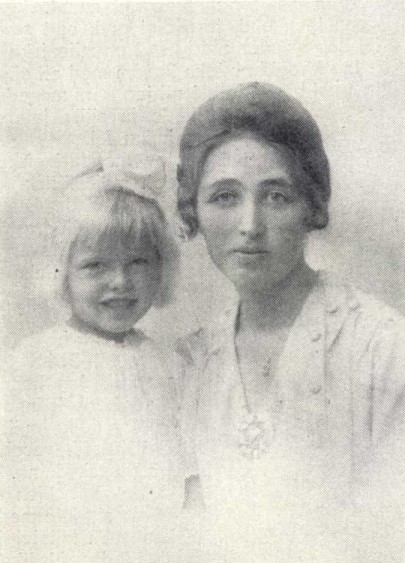