Eva Bagge was a painter whose main themes were farms, interiors and portraits.

Eva Bagge was born in Stockholm. She had two older siblings. Her father, who died when she was only one, had been the director of the national banknote printing press. Her brother Otto became a magistrate in the southern Swedish province of Blekinge and her sister Henriette married a vicar named Wessberg and moved to the southern Swedish province of Skåne. Her mother, Henrika Ottilia, and Eva Bagge remained in Stockholm.

At the beginning of the 1890s, Eva Bagge studied art at the Royal Academy of Arts under the leadership of Georg von Rosen and Gustaf Cederström, who were both specialised in traditional historical painting. That turned out not to be Eva Bagge’s orientation, however. In 1896, she travelled to Rome to acquire further training and then on to Paris in 1897 where she studied at the Académie Colarossi. She spent the summer in Brittany. In 1898 she returned to Sweden and continued her studies at the artists’ association’s (Konstnärsförbundets’) school of painting.

During the following years, Eva Bagge made regular trips abroad where she found the themes for her paintings which consisted mainly of farms, interiors and portraits. The titles of some of her works indicate the breadth of her painting: New Year’s Eve and From Bretagne from 1897; Evening at Drottningholm from 1911, April day at Pålsundet from 1933, Church interior from 1936, and Morning in the atelier from 1943. In the presentation of her in the artists’ lexicon Konstnärslexikonett amanda, there is a portrait entitled Old man Söderman from 1908. Eva Bagge’s art is characterised by a personal relationship to 1880s realism, with its atmosphere, its values and light. Her paintings communicate intimacy and tranquillity, not seldom through their subjects showing robust farm kitchens and historical interiors.

Despite the fact that Eva Bagge’s art studies and painting began early in her youth, her breakthrough did not come until later. It was not until 1941, in connection with an exhibition at Gösta Stenman’s Gallery in Stockholm, that her painting attracted attention. By then Eva Bagge was 70 years of age, and still just as artistically active. After the exhibition at Stenman’s, she was represented at exhibitions in Munich and Berlin. She regularly held her own exhibitions, the last being in 1960 when she was 89 years of age.

Eva Bagge’s art is now represented in collections in the National Museum in Stockholm as well as the art museums in Gothenburg, Malmö, Norrköping, Gävle and Östersund.

Eva Bagge remained unmarried. She died in 1964 and is buried at the Northern Cemetery in Solna. 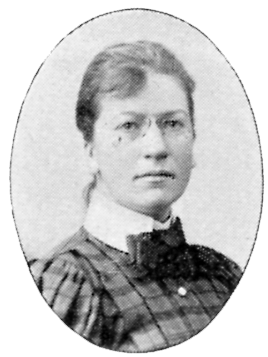