Eva Jancke-Björk was female pioneer in the field of modern design.

Eva Jancke-Björk was born in Kungsängen in 1882. Her parents were Per Gustaf Jancke, a häradshövding (chief district judge), and Maria Matilda Aimé Björkenstam. In 1910 Eva Jancke-Björk entered into a civil marriage with Adolf Björk, a medical student from Scania, who was the son of a butcher. Adolf Björk had entered into a so-called common-law marriage with Hildur Sandberg in 1904 but she had died that same year. The Björks had five children together, born between the years of 1907—1919. None of their children were baptised.

At the age of 17 Eva Jancke-Björk began attending the basic course at Tekniska skolan, and later continued her education at Högre konstindustriella skolan (now Konstfack). For a brief time she also attended Académie Colarossi in Paris and Konstnärsförbundets skola in Stockholm. Although she painted throughout her life, mainly watercolours, it was as a designer that she would make her main impact. She began her career path as a designer by creating textile patterns for AB Licium and Handarbetets Vänner. She also produced illustrations for the cultural magazine Ord och Bild.

In 1914 her husband became employed as assistant physician at Gothenburgs hospital (also known as St Jörgen’s hospital) and thus the family came to reside at Backa in Hisingen. In 1917 they moved to Vasagatan 48 in Gothenburg. There, working from the large family home, Adolf Björk ran a private psychiatric surgery. The family socialised with the radicals of Gothenburg society.

Eva Jancke-Björk was a largely unfamiliar name in Gothenburg when Röhsska konstslöjdmuseet (now the Röhsska Museum) held its inaugural exhibition in 1916. Through her faience sketches she revealed her belief that the porcelain industry could contribute to “beautifying everyday life”. One writer for the newspaper Göteborgs Posten felt she might be able to help the Swedish faience industry make up for its losses during the previous years. Indeed, it was within ceramics that Eva Jancke-Björk made a name for herself. She became connected to the porcelain manufacturer Rörstrands Porslinsfabrik during the 1915—1921 period through the mediation of the offices of Svenska Slöjdföreningen for artists and designers who were seeking employment within industry. She also worked — presumably on a freelance basis — for Sankt Erik Lervarufabriker from 192 —1925. Her profession and social activism led to her become involved in the tenant’s banking and building society, Hyresgästernas sparkasse- och byggnadsförening (HSB), in Gothenburg. In 1929 Eva Jancke-Björk became the deputy chair of the association’s women’s council. In May of that year it opened a promotional viewing for two rooms with a kitchenette and a bathroom in Kungsladugård. The apartment, which was efficient and nicely furnished, was visited by 8,000 people.

It was through Axel Nilsson, chief curator of the Röhsska Museum, that Eva Jancke-Björk came into contact with Orrefors glassworks. In 1916 she and Simon Gate were the first artists to be appointed at Orrefors. In 1917 both Gate’s and Eva Jancke-Björk’s collections were displayed at NK in Stockholm under the aegis of Orrefors glasbruk. Gregor Paulsson, of Stockholms Dagblad newspaper, reviewed their display, judging that the pair might give rise to a new epoch in Swedish glassware. Eva Jancke-Björk’s simple unpolished drinking glass was also shown at an exhibition held by Svenska Slöjdföreningen at Liljevalchs public art gallery in 1917. Further, some of her products created at Rörstrand Porslinsfabrik were also displayed there. The exhibition is considered to be a milestone in modern Swedish utilitarian art. However, her stint at Orrefors glassworks was ultimately not a successful one and came to an end in 1917. According to the Orrefors Museum the reason for this was that Eva Jancke-Björk’s personal ambition — to create beautiful high-quality everyday items which were affordable — conflicted with the glassworks’ intention to focus on producing new artistic glassware, namely the polished ‘Graal’ glass which later became synonymous with the Swedish Grace line of porcelain. Eva Jancke-Björk believed that the production of that type of glassware should be stopped.

Following her husband’s untimely death in 1919 Eva Jancke-Björk received financial support to open a pottery in Mölndal named Aktiebolag Eva Björks keramiska verkstad. She had attended a pottery course at the school of Slöjdföreningen and had brought the potter Hugo Säfström across from the school to her pottery. She sourced her clay on site. The pottery workers also included two turners and assistants. Her items very quickly became popular. The output, simple items in clay made in the old-fashioned tradition, were displayed in December 1921 at the newly-opened shop called Vackrare vardagsvaror in the shopping center Arkaden in Gothenburg. These items were considered to be both personal and modern. That same year Eva Jancke-Björk exhibited turned lamp-stands at Galleri Ny Konst, run by Charlotte Mannheimer, artist and patron. Siri Rathsman also exhibited her goods at the same time. In 1921 Eva Jancke-Björk was awarded a travel stipend by the Board of Trade and Svenska Slöjdföreningen which enabled her to study ceramics in Germany and Italy.

Eva Jancke-Björk’s pottery burnt to the ground a few years later, after which her primary source of income became her job as a teacher at the school of Slöjdföreningen, now known as the School of SDesign and Crafts, HDK. During the 1921—1945 period Eva Jancke¬-Björk exhibited ceramics, freehand drawing and technical drawings. One of her students, Maud Fredin Fredholm, was on her recommendation hired by Bo Fajans for a ceramics factory in Gävle.

Eva Jancke-Björk had become involved with Bo Fajans in 1925 when her ceramic items had gained attention at an exhibition of Swedish handicrafts and industrial art at the successful 1923 Jubilee display in Gothenburg. She continued working with Bo Fajans until 1956, producing sketches and colour schemes, while during the summer months she would participate in the decorating of her products.

Over the course of many years’ work with designing trinkets, tea- and coffee-services, Eva Jancke-Björk narrowed her form of expression. During the 1920s and 1930s her creamy-white faience was elegantly decorated with cornflowers and birds. Later she also produced monotone items, often bearing decorations in relief or engraved, frequently with handles. During the 1950s black as well as blue and white decorations were popular and in 1954 she produced her abstract design called Pierrot on vases, bowls and serving dishes. As Eva Jancke-Björk put it, ceramics “should be simple and smooth and without too much rippling” and her products were both popular and sold well. One of her major successes was Björkkrukan which she produced until 1940.

Bo Fajans participated in innumerable exhibitions during the 1926—1956 period and Eva Jancke-Björk was represented in all of them, such as Bygg-och Boutställningen in Stockholm in 1926, the Swedish Contemporary Decorative Arts in New York, USA, in 1927, and the Stockholm Exhibition in 1930. She displayed her wares at the Röhsska Museum in 1932 along with a colleague, and in 1952 she held a solo exhibition of both her pottery and her watercolour paintings at the Gävle Museum, now known as Länsmuseet Gävleborg. When she was 93 years old Eva Jancke-Björk displayed her watercolours at Galleri Bengtsson in Stockholm.

Eva Jancke-Björk died in 1981. She was 98 years old. Her ashes were distributed at the memorial garden of the Northern Cemetery in Solna. 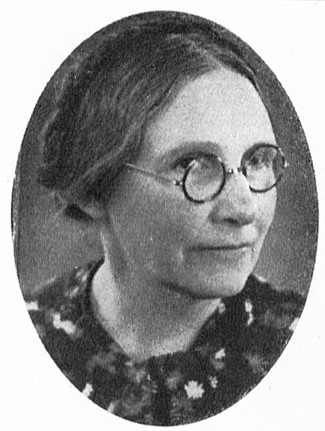