Florence Stephens, known as “The Damsel of Huseby” or “The Huseby Damsel”, was the owner of Huseby works in Småland. She was a philanthropist, engaged in water issues and animal protection. In the 1950s, she landed in a difficult economic situation and was declared incapacitated in 1957–1976, when instead a guardian was appointed and she was declared fully capable again. Florence Stephens willed Huseby works to the Swedish state, and it has become a popular place to visit.

Florence Elisabeth Stephens was born in 1881, the eldest daughter of Elisabeth Stephens, née Kreüger, and land and estate owner Joseph Stephens. She had two younger sisters, Mary Stephens and Maggie Stephens. Their father was the owner of Huseby for 67 years, from 1867 until his death in 1934. He was also a member of the first chamber of parliament in 1887—1909.

Her and her sisters’ schooling at Huseby and in Stockholm, where their father was during periods in parliament, was undertaken by governesses. Tuition was focused on their being able to function in the feminine sphere, despite there being no sons in the family. Florence Stephens is said to have been proficient in several languages and to have developed a great interest in art.

At the beginning of the 1900s, their father introduced Florence Stephens to the role of the future owner of Huseby, and after her mother’s death in 1911, she took over the running of the household. When at 53 years of age, in 1934, she became the owner of Huseby works, she had assisted her father with leadership assignments for thirty years, and was therefore fairly well prepared for the assignment of being the owner of land, forest and industry. She had however never had any theoretical education in economy and operations leadership. During the 1920s and 1930s, she was engaged in local politics, for example as the chairperson of the right-wing women’s association, as a substitute for the delegate at a roads meeting and as a representative at the water board.

After her father’s death, the total estate complex at Huseby was divided into three. Florence Stephens received Huseby itself with its industries. Mary became the owner of Torne and Lästad, while Maggie inherited Ålshult. Florence Stephens’ inheritance was the most valuable but the difference in relation to her sisters’ inheritances was not very great. The succession did not involve any conflict between the sisters and their contacts continued as always, but the relationship with first and foremost Maggie Stephens affected the situation negatively to a certain extent.

As the owner of Huseby in 1934—1957, Florence Stephens was expansive during her first ten years in purchasing a largish number of forest and farming properties, close to Huseby or in the county of Jönköping. Her acreage doubled. The financing of the purchases was covered by extensive felling of forest in Huseby and on the recently purchased properties. In the 1940s, she also started expanding the industrial enterprises, partly in cooperation with Prince Carl Bernadotte. Contacts with the royal house had earlier been established in the family when her maternal grandfather had been a cadet at the same time as and friend of Oscar II, and the king had for example attended her parents’ wedding.

During the 1940s, Florence Stephens’ economic problems increased, but it was only in the mid-1950s that her situation became precarious. The causes of her economic difficulties were several. Firstly, she lacked insight into economic issues. Secondly, she took up a conservative position to the modernisation of the farms at Huseby. She was interested in horses and owned a great number that were used instead of tractors for farming and forestry. Thirdly, she had recruited incompetent advisors to leading positions who partly filled their own pockets at her expense. This was partly caused by the collaboration with Prince Carl, since the person who committed the most extensive economic crimes and who was employed as the chief official in the mid-1950s was a good friend of the prince. Fourthly, the extensive tree-felling in the 1940s and beginning of the 1950s led to the authorities deciding on limitations for tree-felling in the future. That reduced the possibilities for continued income from forestry.

In the autumn of 1956, Florence Stephens’ home municipality Skatelöv intervened. On the initiative of the Social Democratic minority, a decision was taken to declare Florence Stephens incapacitated. The law in question concerned economic incompetence. The background was a wages conflict with Finnish harvest workers. The cash assets of the estate had been completely emptied and there was the obvious risk that it would be declared bankrupt as a consequence of the rapid increase in debts. To start with, Florence Stephens was strongly against being declared incapacitated, but in February 1957, at the age of 76, she agreed to it and the authorities speedily approved of the decision. Two people were appointed as her trustees, a lawyer and a bank director. They took strong measures to clear up Huseby’s economy. That led to Florence Stephens’ soon applying to be declared capable again, which was denied. The trustees’ measures were mainly to let the farms, wind up all the industries and to sell almost all the farm and forestry properties that Florence Stephens had purchased in the 1930s and 1940s. Florence Stephens struggled energetically to stop these measures, but the courts approved of the suggestions that the trustees had presented, since they were considered economically necessary.

The two first trustees resigned from their assignments around 1960 and after two brief interludes, a new trustee was appointed in 1963. He remained her trustee until 1976, when she again at the age of 95 was declared capable, but had a guardian. The transition was the result of a change in the law which meant that economic incompetence could no longer be the grounds for being declared incapacitated.

During her long life, Florence Stephens kept in contact with a large number of people. They were relatives of her parents and friends whom she had acquired privately or through their professional practice. These contacts were kept up not least by correspondence, and also via the telephone or mutual visiting. In some cases, her friends had very prominent positions in society. One of her friends was the opera singer Christina Nilsson, the home of whose birth had in 1867 belonged to Huseby works. Florence Stephens purchased it back in 1933, over twenty years after Christina Nilsson’s death. On the 100th jubilee in 1943 of the opera singer’s birth, a fairly major event was held at the home of her birth and Florence Stephens had a memorial stone raised over her life and works. She herself was awarded a Christina Nilsson medal by the Royal Swedish Academy of Music.

In her final will and testament, only six months before her death, Florence Stephens chose to donate Huseby to the Swedish state, that in 1982 accepted the gift. That meant that the estate was opened to the general public and developed as a popular place to visit. This contributed to the memory of Florence Stephens still being alive in the present.

Florence Stephens died at 97 years of age in 1979. She was buried in the family grave in Solna Cemetery. 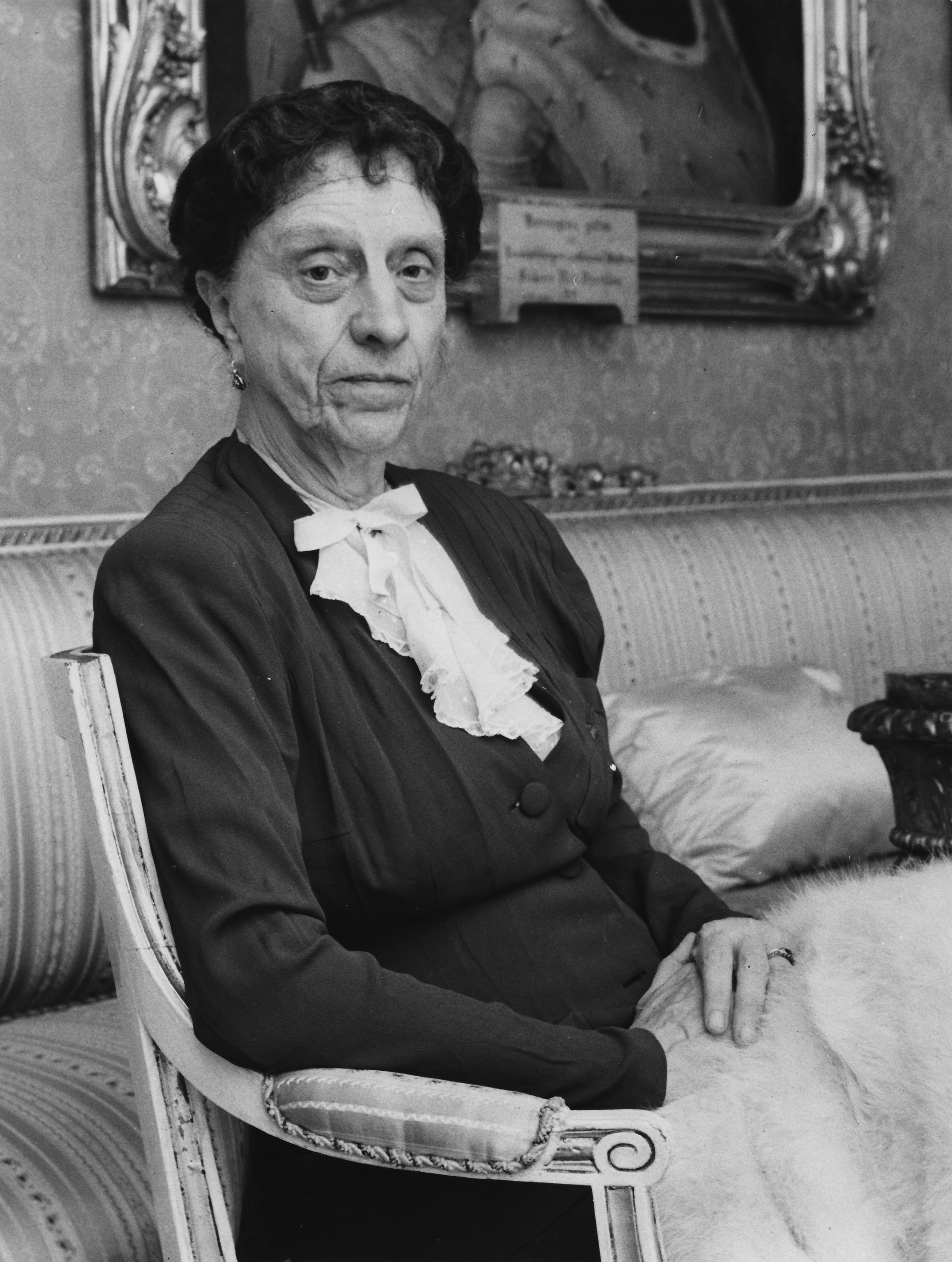